Elsa, the first major storm of 2021's hurricane season, sweeps across the Caribbean 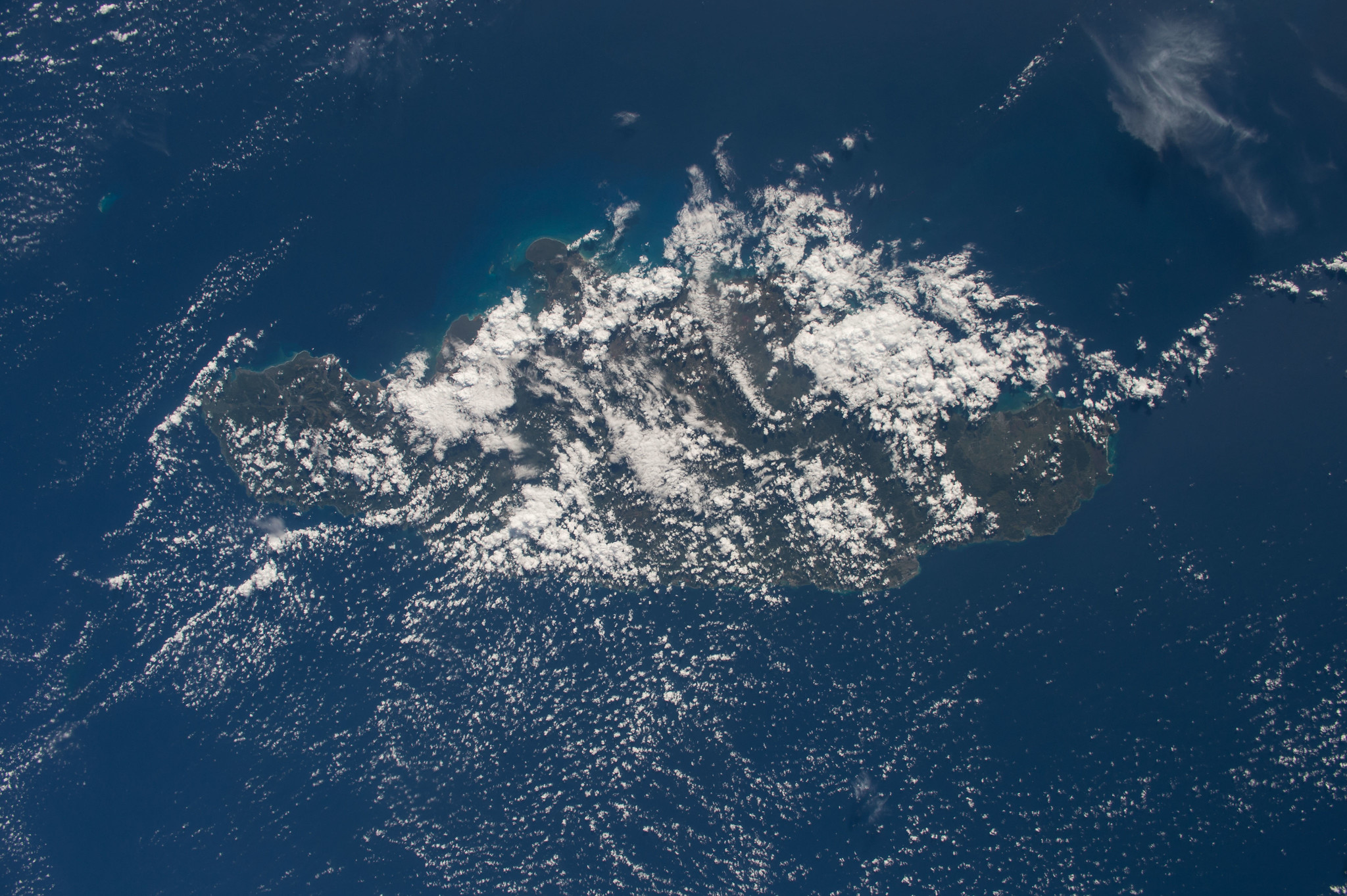 Jamaica on a sunnier day: NASA astronaut Terry Virts, flight engineer of Expedition 42 on the International Space Station, tweeted this image of the Caribbean island on January 10, 2015. Photo by NASA Johnson on Flickr, CC BY-NC 2.0.

The Caribbean is once again on the frontline of the Atlantic hurricane season. Elsa, designated as a tropical storm on July 1, is the first major weather system of 2021, and made landfall in Barbados on July 2.

Because Barbados is predominantly flat, the effects of the storm were felt early on. With the country under a tropical storm warning, citizens lined up to get supplies, with some even choosing to sit out Elsa's passage at hurricane shelters. Elsa, accompanied by gusty winds and heavy rainfall, approached Barbados from a southeasterly direction, causing power outages in some areas. Flash flood warnings were also in effect. There were also reports of felled trees, including at the country's major hospital, which suffered damage to its roof and windows, as well as flooding in certain departments. Across the island, many wooden homes were also damaged.

Next in the storm's path was St. Vincent and the Grenadines, which has been dealing with the fallout from continued eruptions at its La Soufrière volcano, all while dealing—like the rest of the world—with a pandemic. On Twitter, Trinidad and Tobago-based journalist Wesley Gibbings mused that “in the #Caribbean this annual encounter with destruction has us ritualistically picking up the pieces” and wondered whether it has “influenced our management of the #pandemic”.

The island nation subsequently experienced gusts of up to 153 kilometres (95 miles) per hour, according to the National Hurricane Center in the United States.

As of July 4, having passed by Haiti and the Dominican Republic, Elsa is making its presence known in Jamaica, though its intensity has been downgraded. Netizens on the ground in Kingston tell Global Voices that they have been experiencing heavy rain, but no real wind—so far. At least one Jamaican Twitter user, however, felt that the country's meteorological service's use of social media left much to be desired when it came to posting regular updates.

On her blog, Emma Lewis described the experience of waiting for the storm:

It is a very warm, sticky evening. You feel you could reach out and feel the humidity and wrap it around your finger and mold it into something, like plasticine. The leaves are hanging motionless on the trees. A very persistent and loud frog is tweeting outside our window with considerable energy: ‘Storm coming!’ […]

It’s the time of year when I start poring over lurid maps of swirling colors on various weather sites. I prefer them when they don’t move.

On Instagram, the Jamaica Observer posted photos of rising water levels at Bull Bay, located about ten miles east of the capital on the island's southeastern coast:

Heavy rains also caused flooding in the densely populated area of Spanish Town, and in the parish of St. Thomas, where a new highway is being constructed. Flood waters continue to rise in several areas, causing Leader of the Opposition Mark Golding to post a warning on Instagram urging people to exercise caution:

As Elsa made its way across the country the storm left even serious flooding in its wake, including at some hospitals, as was the case in Barbados.

As of 5 p.m. on July 4, the storm was located near Cuba's southeast coast, after which it is projected to head towards Florida with significantly reduced wind speeds.