The area is last refuge of the critically endangered Balkans lynx. 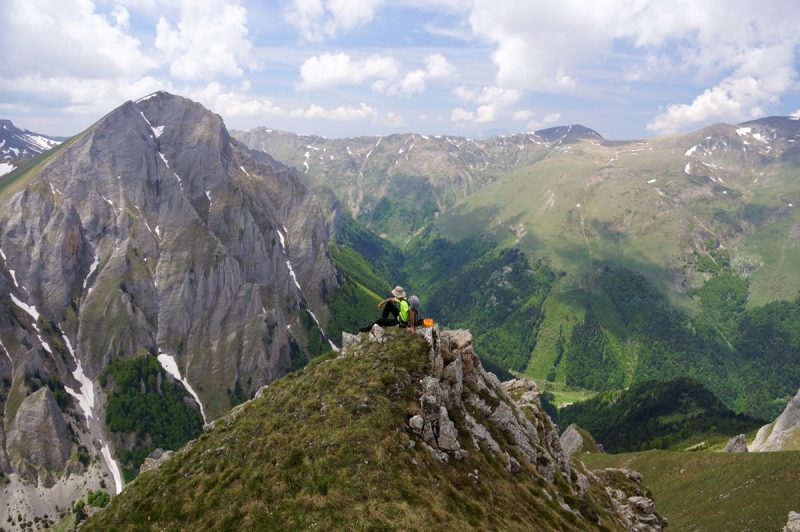 A Shar Mountain vista. Photo by Jovan Božinoski, used with permission from the Macedonian Ecological Society.

This story is based on reporting by Meta.mk and PortAlb.mk. An edited version is republished here through a content-sharing agreement between Global Voices and Metamorphosis Foundation.

On June 30, 2021, the Parliament of the Republic of North Macedonia adopted a law proclaiming part of the Shar Mountains a national park, making the area the fourth national park in the country, but also the first to be so designated since the country’s independence in 1991.

The Shar Mountains encompass 28 lakes and many other natural resources. Its population of 26,000 is spread across 30 villages, and many hope that the area's new national park status will help revitalize the local economy through eco-tourism.

After 66 out of 120 MPs voted in favor of adopting the law, Minister of Environment Naser Nuredini stressed that this act opens a new chapter and possibilities not only for the protection of the country's natural heritage and environment, but also for sustainable socioeconomic development, wider cross-border cooperation, and new economic possibilities such as the development of brands and various forms of tourism. Nuredini said that:

By declaring the Shar Mountains a protected area, it is put under protection, and it allows for the establishment of a system for sustainable management of an area that is considered a treasure trove of biodiversity, a home to two-thirds of all plant species in North Macedonia and rich and endemic plant and animal life. It contains exceptional natural beauty, geological diversity, hydrological characteristics, landscape and cultural values.

Preparations for the draft law began at the start of September 2020, following the government’s decision on May 5 to accept a proposal from the Ministry of Environment and Physical Planning to declare the area a national park. The ministry was tasked with organizing a public debate and preparing the draft law.

The Macedonian Ecological Society (MES) and the Friends of Shara Platform saluted the passing of the law. Their statement recognized all stakeholders involved in making the proclamation—a painstaking process that took 27 years—possible.

“Shar Mountain area holds tremendous values in terms of biodiversity, but also significant are its cultural values and the traditional resource use practices. In fact, this is what makes Shara a unique mountain. Its legal protection presents great success and a step forward to overcoming the pressures it is facing, but there still remains a bigger task – undertaking efficient measures to conserve and manage this important area.”

MES’ president, Slavcho Hristovski, noted the proclamation's historic nature, as the last time a protected area was designated was the creation of Galichica National Park in 1958.

The proclamation of the North Macedonia section of the Shar Mountains as a national park represents the missing piece in the regional jigsaw, resulting in a trans-border protected area with a total area of 244,617 hectares. There has been a national park in Kosovo since 1986, and Albania's Korab-Koritnik Nature Park was established in 2011. These two areas are adjacent to the Macedonian Mavrovo National Park, ensuring integral protection for the area and its extraordinary biological and aesthetic value.

One of the endangered species found in this area is the elusive Balkans lynx, of which around only forty survive. 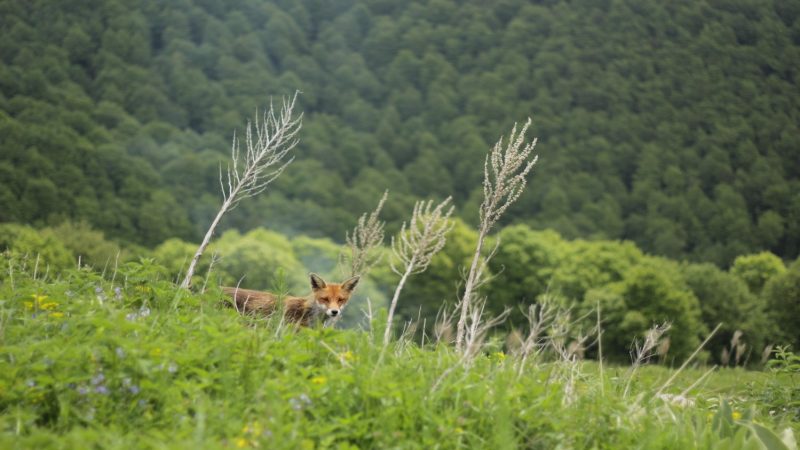 A Shar Mountain fox. Photo by Toni Stojanovski, used with permission of the Macedonian Ecological Society.

Activists warn, however, that declaring the Shar Mountains a national park will not stop hydroelectric development in the area.

The natural environment across the Balkans is under serious threat from a boom in hydroelectric development—the construction of over 2,700 small hydro plants has been subsidized by respective states. Critics say governments are rushing into construction without properly assessing its environmental impact, and that the projects are mired in corruption.

Hisen Xhemaili, director of the Environmental Protection Administration, told Portalb.mk that seven such hydro power plants are currently under construction in the Shar Mountains. 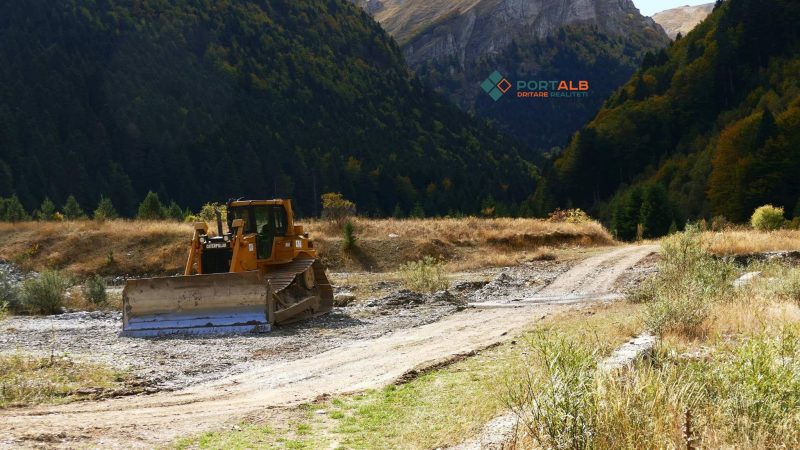 The construction of small hydro plants on Shar Mountain had started. Photo by Portalb.mk, used with permission.

According to activist Sadik Abdirahimi, the hydroelectric plants are being built by tycoons connected with the ruling parties. He says that rivers and streams in the Shar Mountains have already been destroyed by the construction works.

Abdirahimi, who is also a member of the hiking association Peaktrip, said that:

…we're seeing mass destruction of the development potential for ecotourism and the alternative tourism in the mountainous villages and the surroundings of Tetovo. We are witnesses to this catastrophe, but, unfortunately, we are not strong enough to implement justice against the tycoons close to the parties in power that are deciding the “bright future” of the new generations, directing them to look to the West as a place to live.

The Leshnica valley is another area that has been despoiled by the hydroelectric development. Leshnica's springs are the main source of drinking water for Tetovo, the biggest city in the Polog Region, which lies at the foot of the Shar Mountains. The area has also been a popular destination for hikers.

A year ago, the Director of the State Environmental Inspectorate, Ana Petrovska, warned of the dangers the hydroelectric plants being built in the Shar Mountains posed to Tetovo's water supply. Director of the Environmental Protection Administration, Hisen Xhemaili, however, denied that the plants posed no danger to the area's potable water supply, and that before granting the approvals for these plants, several institutions were consulted. Xhemaili told Portalb.mk that the plants currently under construction were at an advanced stage and that once done, no further power plants would be built in the Shar Mountains.

Next challenge: an effective management plan

The declaration of national park status for the Shar Mountains has been debated for years, but the process was sped up in the last several months. In April and May the draft law passed two readings in Parliament and was eventually approved with a majority of votes.

According to Metin Muharemi, president of the Friends of Shara platform, the biggest challenge will be the preparation of a management plan for the next three years. He invited all local citizens to participate in the process of the preparation of this plan. 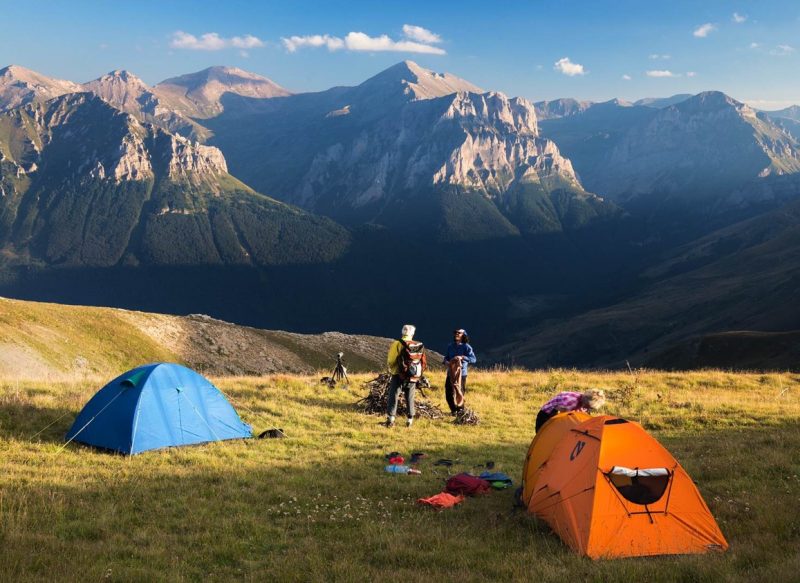 And besides the power plants, the natural environment of the Shar Mountains is still threatened by other factors, such as illegal logging, poaching, and ongoing urbanization through the illegal construction of buildings, new roads, and land conversion.

According to the Macedonian Ecological Society, the proclamation of the area as a national park and the management plan should put an end to these issues, but the future management authority will also need to work hard on monitoring illegal activity, educating the locals and creating activities and incentives that will allow the country to reap real benefits from the protection of this area and its precious ecosystem.