Founder of Egypt's Speak Up: ‘Sexual harassment is a daily fight, but change is happening’

'It's an ongoing fight that we confront every single day' 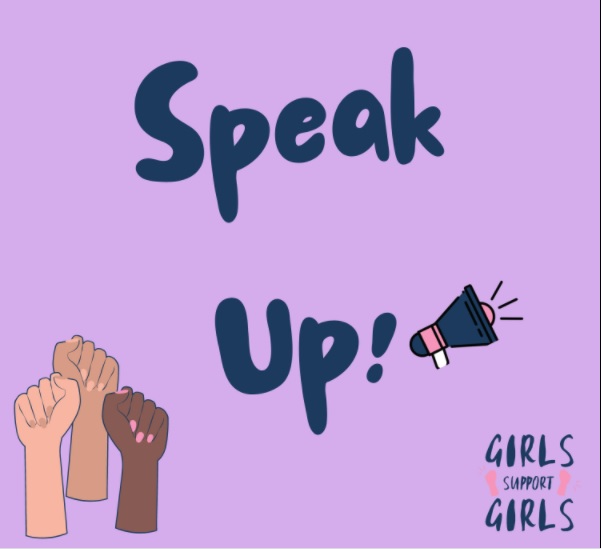 Sexual harassment has become too common in Egypt — so common in fact that its unlikely that a woman could spend a day outdoors without being hissed at, catcalled, or worse. A 2013 poll showed that 99 percent of Egyptian women have been subjected to one form or the other of sexual harassment and a 2017 Thomson Reuters survey ranked Cairo as the world's most dangerous megacity for women. The Arab world's most populous country has often made international headlines in recent years for mob sexual assaults against women.

To counter this epidemic, which activists describe as “horrifying,” the state issued its first law to criminalize sexual harassment in 2014. Seen as weak by many, the law failed to bring much change as victims rarely report assaults. Many women face such violence so often that they've learned to live with it and ignore it. Others, subjected to more aggressive forms of sexual violence like rape or molestation, are more likely to drown in shame, avoiding reports to the police in fear of the associated stigma, social pressure from perpetrators and their families, or a lack of trust in the process itself.

More recently, a law was passed in August 2020 to protect the identities of the women who report such crimes, to encourage them to come forward, and, currently, a law is being debated to impose harsher penalties for sexual crimes. These laws came in response to a series of initiatives on social media that have taken it upon themselves to break the silence around sexual harassment, support the victims of such crimes, and turn the subject from a taboo into a topic of household discussion that raises necessary alarm in the public.

Speak Up, one such initiative, has garnered much traction despite being founded only a year ago. Exposing sexual molesters, rapists and culprits of other such crimes, the initiative encourages victims to speak out, and provides legal and emotional support when needed. “Girls Support Girls” is the motto of the initiative, which has drawn over 250,000 followers on Facebook, and more than 97,000 followers on Instagram.

Gehad Hamdy, 26-year-old dentist, is the founder of the initiative. Global Voices interviewed her via email, to know more.

Gehad Hamdy (GH): A feminist initiative that support victims of violence in all its forms.

GV: How and when did Speak Up come about? What was the trigger?

GH: Back to 6 July when people (mostly men) started talking about the connection between harassment and clothes, I wrote a post on my private Facebook account asking people to share their experiences with sexual harassment to prove the failure of that theory. I received a lot of messages and comments in response — more than 8000 in two days. Most of them felt better by sharing their stories, but others needed psychological support or legal assistance or both, so I asked my friends to help and initiated the page to help any violence victim.

GV: How would you describe the problem of sexual harassment which women face in Egypt?

GH: Its an ongoing fight that we have to confront every single day, because of the normalisation of the idea that a woman’s body in a public/private place is simply public property and young women just have to put up with it. Every time a woman chooses to get out her home, this means she will mostly have to face some kind of harassment. We choose to stand against this everyday to protect ourselves and change the picture.

GV: What is the goal of Speak Up? Can it bring about a change in the prevailing situation of sexual harassment in the country?

GH: It's to give a safe place for survivors and victims to share their stories in person or anonymously without being shamed or abused. No one is allowed to judge; we support all victims. Also helping any victim by providing legal/psychological support. And to spread awareness.

GV: How has people's reaction been to your initiative? Has it all been positive?

GH: Absolutely not, we receive threats and hate speech every day. But also, to be honest, there are a lot of supporters.

GV: What key cases have you taken on?

There've been several. For instance, the case of Michael Fahmy and his wife Sally Adel, who are accused of being serial rapists who used the church as a cover for their crime for more than 20 years. Michael impersonated a psychiatrist and a priest, and wrote a book for high school kids which was available at churches he was serving at. The book was used as a trap: its last page included a mental test without a result, but with a line that guided those who wanted to know the result to call a certain number, and he therefore managed to lure minors, anally raping them with the help of his wife. We got to know about the case when a girl contacted me telling me about him, then I also asked on my personal account if there are any victims for this man. I received over 70 cases who were raped by him.

There is also the story of Victor Sorrentino. A month ago, two Brazilian girls contacted us saying there is a sexual abuser who harassed an Egyptian girl while in Egypt, and that they have already exposed him in Brazil but wanted to take a further step. They translated everything he had said in Portuguese to the in girl, which he had filmed and shared on his account of the incident. We took a day to make sure of all the details, and during this day we received more messages from Brazilian girls. Then we posted it with Arabic, English and Portuguese translation. He was arrested in less than 24 hours.

GV: How do you verify the reports you receive? How do you make sure they're credible?

GH: We spend hours talking to victims, hearing them out and checking whatever evidence they have. We also check with lawyers to make sure of the credibility of any case.

GV: How do you choose which reports to support? What kind of support do you provide?

GH: We support all victims by providing them with legal support. However, posting about any case depends on many things, such as the relevance of social media for each particular case and the impact of the case itself.

GV: What forces Speak Up not to support a specific victim/story?

GV: In the case of the Brazilian harasser, how did the process of translation take place? How did you make sure the intent behind his words was not taken lightly? My understanding is that, in Brazil, it may have been dismissed as a stupid remark, rather than harassment.

GH: The Brazilian girls did that first, then we asked a Portuguese personal friend to make sure of their translation. Same girl confirmed that he meant something sexual, and it was a harassment.

GV: How do you see this whole episode, and the Egyptian authorities’ handling of it? As well as the impact the campaign had?

GH: More than perfect. Arresting him in less than 24 hours somehow empowers girls and encourages them to speak up and take legal action.

GV: Since the launch of Speak Up, did it receive any support or backing from the government?

GV: Is there any collaboration between Speak Up and other pan-Arab initiatives of similar nature?

GH: No, but we are in contact with some initiatives, and sometimes work together on campaigns.

GV: Did you have to seek psychological support yourself since launching Speak Up?

GH: Certainly. The stories and their volume are so traumatizing.

GV: How do you see the public's handling of sexual harassment has changed since you launched Speak Up a year ago? Has it changed?

GH: Comparing with a year ago, there is a significant change in women's responses to harassment, and society blames victims less than it previously did.

GV: How much of this change is attributed to initiatives like Speak Up?

GH: This is the result of collective efforts over the years. Continuous pressure lead to an ongoing change, even if it takes time.