Alienating anti-vaxxers can lead to more social problems in Japan 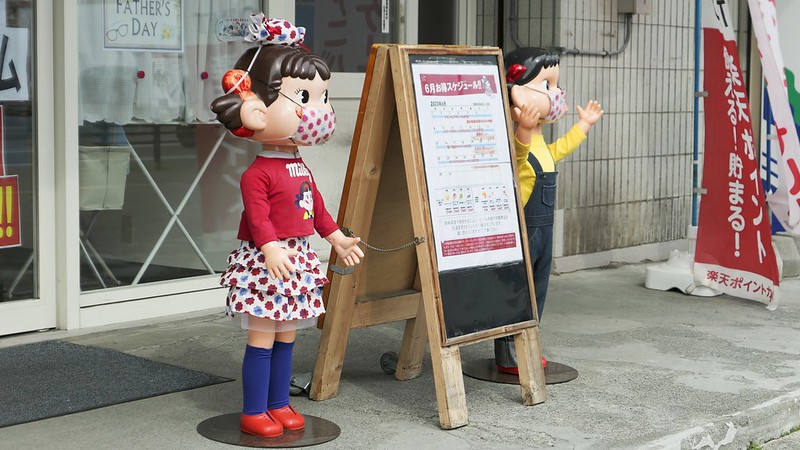 After getting off to a slow start, Japan's COVID-19 vaccination efforts have picked up steam. At the beginning of June, an average of 500,000 people a day were being vaccinated. Three weeks later, by June 24, the number of vaccinations had risen to around one million people a day. However, even as younger and younger cohorts are being invited to register for a first dose of the vaccine, small but intense pockets of “vaccine hostility” are spreading misinformation and even threats of violence against vaccination efforts.

According to a recent report by wire service Jiji, vaccine hesitancy can shift into outright “vaccine hostility” (ワクチン敵視), which has become a serious problem, especially on social media platforms.

Municipalities all over Japan have reported receiving death threats when announcing vaccination programs, particularly for teens and adolescents. Typically, abusive phone calls and email messages also mistakenly claim that the COVID-19 vaccine poses more danger to teens and adolescents than the virus itself. Facebook is reportedly used by anti-vaccination groups to organize and coordinate efforts across Japan.

Misinformation and hoaxes have spread online since the beginning of the pandemic in Japan. In the first half of 2021 and the start of mass vaccination in Japan, some common anti-vaccination internet memes in Japan stated that the COVID-19 “vaccines change the human genetic structure,” “the Pfizer vaccine causes infertility,” and the vaccine “causes the human body to become magnetic in the presence of 5G radio waves.”

On June 13, a Japanese Twitter user noticed that the top-ranked book on Amazon's Japan site was one attacking the safety of COVID-19 vaccines (the #2 bestseller on Amazon on June 13 was a pre-order for an upcoming book, unrelated to COVID-19 or vaccines, about life after death by New Age guru and blogger Ise Hakusando).

Amazon @amazon should take responsibility for potentially killing many Japanese people by showing anti-vaccine books as the top best-selling books in Japan. This is an act of terrorism against public health in Japan and should not be overlooked. #Amazon #AntiVaxConspiracy https://t.co/yJU2AY5A2e

Translation of original tweet: Is an anti-vaccine book the number-one book on Amazon right now? Makes you think.

Promoted as featuring a “dialogue” with noted American anti-vaccine campaigner Robert Kennedy Jr., in English, the title of the book (医師が教える新型コロナワクチンの正体 本当は怖くない新型コロナウイルスと本当に怖い新型コロナワクチン) translates as “A medical doctor exposes the truth about the COVID-19 vaccine: harmless COVID-19 versus a truly scary vaccine.”

The book is by Utsumi Satoru, a medical doctor and long-time vaccine and “science skeptic” who vlogs about “How to avoid being deceived by the Big Lie that is medicine” (“大ウソ医学に騙されない極意”) and other topics on his YouTube channel, which has 86,000 followers. Utsumi is also followed by 162,000 people on Facebook, where he posts about vaccines and manages yet more affiliate Facebook groups devoted to discussing vaccines and health topics, and coordinating the activities of tens of thousands of vaccine-hesitant people across Japan.

Some political leaders in Japan are making an effort to combat misinformation about COVID-19 vaccines. Kono Taro, the colorful government minister responsible for Japan's vaccination rollout, has regularly and publicly identified hoaxes as a problem during the pandemic.

Taro Kono seems to be the only person in Japan’s government I can see confronting and calling specific anti-vaxx conspiracy rumour bullshit (like vaccines “sterilizing” people). https://t.co/VnceSjyiyi

Translation of original tweet: During an interview broadcast on June 20, 2021, Kono Taro, minister responsible for the vaccine roll-out said, “They say you'll be become infertile if you get a vaccine shot, but it's all a hoax.” Kono then emphasized “We have to explain that, scientifically, there is just no such thing.”

In a blog post published on June 24, Kono stated that the misinformation spreading online may be a result of the effort of foreign governments:

According to a report published in April by the EU's Foreign Affairs Agency [European External Action Service (EEAS)], China and Russia use social media and other methods to disseminate information intended to damage the credibility of Pfizer and Moderna's mRNA vaccine.

In his blog post, Kono laments “licensed medical professionals” who spread misinformation, and then proceeds to debunk various COVID-19 vaccine hoaxes, one by one.

Responding to the claim that all cats used in COVID-19 vaccine testing have died, Kono states:

In fact, cats have never been used in Pfizer's vaccine research.

While some observers suggest that the anxiety, doubt, and confusion over the pandemic may in part be responsible for doubts about vaccines, in an article exploring “vaccine hostility” in Japan, the academic says it is important to avoid mocking and alienating those who are hesitant about vaccines:

“When feelings of uncertainty [about the safety of vaccines] and proceeding with a sense of caution are not recognized and accommodated [by the wider society], a sense [of] alienation will develop,” said one expert. “People who want to get vaccinated and those who don't want to get vaccinated should respect each other.”

The source, Tsuchida Shoji, a professor of psychology and risk communication at Kansai University, says that alienation can lead could lead to more profound social problems, as the vaccine-hesitant are embraced by more extreme groups:

Labeling and ostracizing [the vaccine-hesitant], such as saying ‘those who oppose vaccinations are strange’, makes things even worse. It is very dangerous for society when the only people to listen to and engage with the vaccine-hesitant are cults and conspiracy theorists.