Was Michael B. Jordan's ‘J'ouvert’ rum cultural appropriation or a missed opportunity for Trinidad and Tobago? 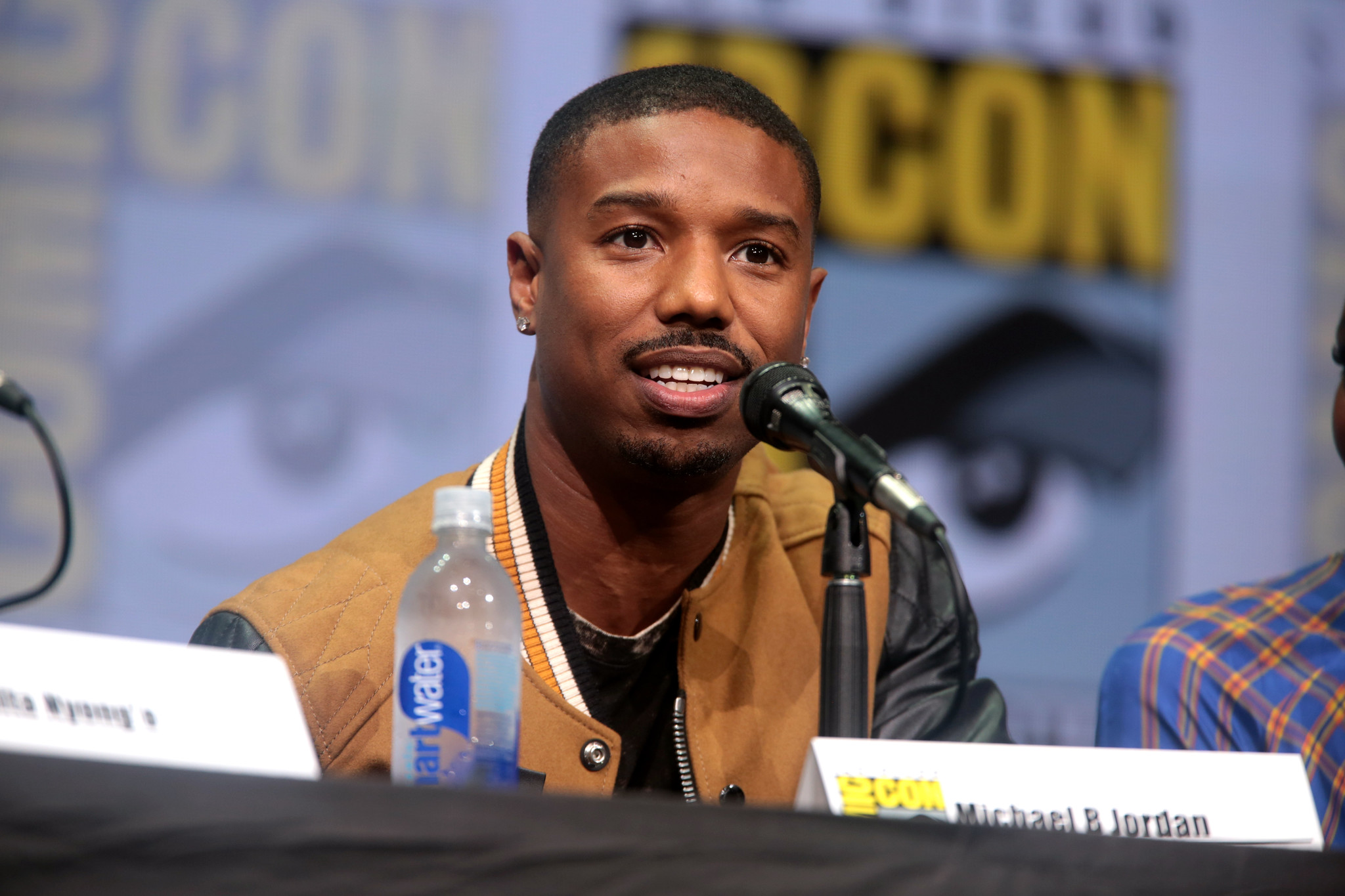 After African American actor Michael B. Jordan launched his new rum brand on Juneteenth, the day that commemorates the emancipation of enslaved people in the United States, social media users from Trinidad and Tobago besieged the internet with cries of “cultural appropriation” over the rum's name. J'ouvert (from “Jour Ouvert”: literally “the opening of the day”), or the more Creolised “Jouvay,” is the elemental ritual that begins the country's annual Carnival festival.

J'ouvert has its roots in the celebration of the end of slavery and “Canboulay,” which after full Emancipation was finally declared in 1838, became a fixture around August 1, the date Trinidad and Tobago marks as Emancipation Day. In a piece for Caribbean Beat, Attillah Springer, a self-described “jouvayist,” explained how J'ouvert is viscerally connected to the 1881 Canboulay Riots, in which the descendants of former slaves fought against the colonial authorities for what was essentially their freedom of cultural expression. In a Twitter thread, she addressed Jordan:

Do you understand how much this smacks of the contempt that some African Americans have for Caribbean people and our place in the history of Pan Africanism and resistance to all the western capitalist bullshit we’ve been fighting for centuries?

J'ouvert is, therefore, a symbol of resistance that goes much deeper than the explanation on Michael B. Jordan's rum package, which reads, “J'OUVERT Rum is a tribute to the party start.”

Posting a photo of herself playing J'ouvert, Springer also retorted on Instagram:

In the midst of the outrage, Jordan remained silent for a few days—listening, he said, to the numerous opinions on the matter, including that of Trinidad-born, U.S.-based rapper and songwriter Nicki Minaj—before eventually releasing the following statement on his Instagram story on June 22:

I just wanna say on behalf on myself & my partners, our intention was never to offend or hurt a culture (we love & respect) & hoped to celebrate and shine a positive light on. Last few days has been a lot of listening. A lot of learning & engaging in countless community conversations…

We hear you. I hear you & want to be clear that we are in the process of renaming. We sincerely apologize & look forward to introducing a brand we can all be proud of.

While the intention of Jordan and his business partners—one of whom has Trinidadian connections—may have been to pay homage to the roots of struggle from which the joyous festival emerged, much seemed to have been lost in translation, starting with the etymology of the word itself.

Trinidadian linguist Jo-Anne Ferreira was irked by an image of the brand's trademark documentation, which stated, “The wording ‘J'OUVERT’ has no meaning in a foreign language.” Presuming “foreign language” means a language other than English, Ferreira explained:

This is a denial that [the term] belongs to two languages—English Creole and French Creole, which is a massive insult and ignorance. [It shows] the utter lack of reference to specialists, including linguists and lexicographers. The other hypocrisy is the reference to Antillean Creole French, so the suggestion is that it is now part of English [only]…

In a blog post about the issue, she noted:

As we loudly express our views on the matter, as exploited and culturally appropriated victims of US arrogance and dominance in our region, let us consider what we can do as authors of our own fate and captains of our own sailing.

We can agitate to have Tobagonian English Creole and Trinidadian English Creole recognised as official languages of this country, accept standard writing systems for them which should be taught in schools and used in public signage. At that point, no one can proclaim that J’Ouvert has no meaning in a foreign language.

The main area of contention for many Trinbagonians, as expressed on Twitter, was the issue of cultural appropriation:

Can we all sue on behalf of the Ancestors?

The rum people locked the IG account yes.
They now having a ‘oh shit’ moment perhaps?

Meanwhile, an online petition calling for the trademark application to be dismissed based on its “fraudulent and inaccurate statement” about the word J'ouvert began to circulate, implying that Angostura—an internationally recognised indigenous rum manufacturer—may have been part of the venture. Angostura's products, including its world-famous bitters, were included in product giveaways at the J'ouvert rum launch. On June 23, the company stated it was not involved with Jordan's rum brand.

On the flip side, some Twitter users did not see the big deal, claiming that Black business—no matter where it comes from—ought to be supported by the community. Many others disagreed:

Def not my place but supporting black workers and supporting black capitalism are two extremely different things. Better than many alternatives I can think of but that doesn’t make it inherently good.

Not the African Americans telling us it’s not that deep just because Michael B Jordan is black?. pic.twitter.com/zhJehyFHdo

For the Americans who acting like we are ‘over reacting’ to Michael B Jordan trademarking J'Ouvert… Lets Trademark Juneteenth next then. pic.twitter.com/cVATP9j9H8

Several US-based netizens called out what they felt was “Caribbean gatekeeping”:

You tropic nggas didn't do it… Don't get in your feelings when an #FBA does it.
We get shit done.#B1 #FBA

Another facet of the online discussion involved the legal implications of Jordan's use of the term J'ouvert. On Facebook, attorney Saelese Haynes, who co-hosted a Clubhouse session on culture and trademark protection with a US-based legal counterpart, said:

One fantastic thing coming out of the J’ouvert mark discussion has been that there is a long overdue focus on local IP – especially IP as an engine for economic growth and development.

Attorney Justin Koo, who specialises in intellectual property matters, took to social media to try to clarify exactly what trademark law allows, including the fact that it does not prohibit anyone else from using the trademarked term in a descriptive way, as some incorrectly assumed it would:

A quick word on the ‘JOUVERT’ rum scenario. Thoughts are my own and the video does not constitute legal advice. pic.twitter.com/pg2Kl4aTWn

Trinidad and Tobago is a member of the Madrid Protocol, an international treaty designed to simplify the international trademark registration process and which would have guidelines addressing how cultural festivals can be branded.

I reached out to Richard Aching, the manager of technical examination at the IP office of the Ministry of the Attorney General for clarification on these legal parameters, who said that he was not at liberty to discuss it. He did, however, say that it was important “to start with education,” and that the IP office had embarked on an education drive around trademark issues.

Michael B. Jordan is not the first celebrity to be accused of cultural appropriation. Barbadian pop icon Rihanna recently faced criticism for wearing a pendant of the Hindu deity, Lord Ganesh, in a risqué photograph that many deemed to be disrespectful, and Kim Kardashian experienced something similar when she tried to trademark the Japanese word, kimono.

It is also not the first attempt to co-opt Caribbean culture. The Ministry of Legal Affairs’ IP office, for example, has had to thwart several US-based moves to patent the steelpan, Trinidad and Tobago's national instrument.

Conversely, Grenada—Trinidad and Tobago's Caribbean neighbour—boasts a Jouvay chocolate brand that has not attracted this type of ire, likely because the initiative is owned by local cocoa farmers and the nation has its own J'ouvert tradition—as do other regional territories.

While some cultural stakeholders we interviewed felt that the online indignation was misguided and would be better directed towards local cultural custodians who fail to be good stewards, co-optation often hits a sour note because outsiders generally have access to greater resources and broader audiences. Amanda Choo Quan addressed this in a Facebook post:

People dismissing this as “misinformed activism” are misreading the response of a people who are tired of not being — or not being allowed to be — custodians of their own culture. They are tired of being sidelined when it comes to music, art, culture on an international stage, watching on from the audience as non-Trinis or as the Trini diaspora, with greater access to more robust marketing and markets, runs with aspects of our culture while people in Trinidad literally try to eat a food.

This goes deeper than a trademark to me. It speaks others to enjoying the capital inherent within our culture but not allowing us to make it and to profit from it; it speaks to the failure of our Government to consider our artists; it speaks to our population never receiving the kind of marketing blitz or audience for their products on a global stage — while our culture sold back to us from overseas.

There is nothing new about this power dynamic, rooted in colonialism and mercantilism. Trinidad and Tobago was structured to literally be a ‘resource.’

Once the dust settled and Jordan announced he would rebrand the rum, regional discussion turned to the safeguarding of Caribbean culture:

I hope Barbados realizes that this j’ouvert/Trinidad/Michael B Jordan moment is a canary in a coal mine for us. We need to respect #, appreciate and cherish our cultural products and industries

Koo made the point that this would need to include talks about intellectual property rights:

Im not sure if we won a battle or lost an opportunity. I hope the victors and victrices now make good on the hard work needed to protect and preserve.