Afterward, #Kusurabakiyoruz (we don't excuse you) began trending on Twitter. 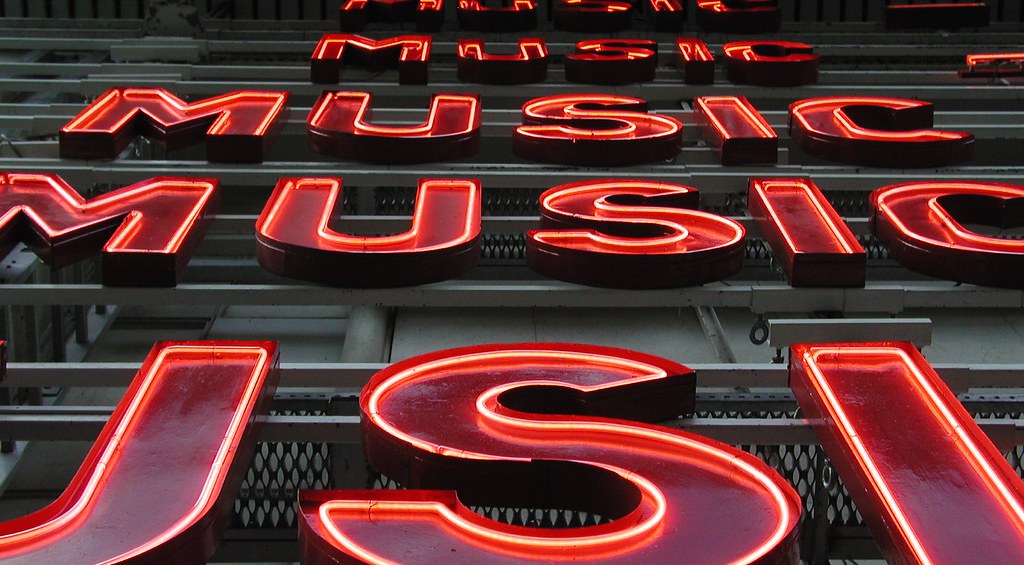 “music” by [phil h] is licensed with CC BY-NC-ND 2.0. To view a copy of this license, visit https://creativecommons.org/licenses/by-nc-nd/2.0/

Following a June 21 Cabinet meeting, President and ruling Justice and Development Party (AKP) Chair Recep Tayyip Erdoğan said Turkey would be lifting remaining restrictions imposed as a result of the pandemic starting July 1, 2021. Addressing the nation from Ankara, the President also added that as of July 1, all music events would have to end by midnight. “Excuse me, but nobody has the right to disturb anyone at night,” said Erdoğan. The hashtag #Kusurabakiyoruz (we don't excuse you) began trending immediately on Turkish Twitter, with scores of citizens and musicians expressing their displeasure with the new ban.

After 00:00, there is a ban on music in our country. Yes, this is Turkey. They are trying to block everything related to art and culture! They are taking away our freedoms one by one.#KUSURABAKIYORUZ #SendenNefretEdiyoruz

If we don't want a Turkey where everyone wears the same checkered jacket, the same skirt, and the same mustache when going on the street, watching him on television all day long, voting for him, we must say “Enough is enough. Stop”

Some suggested the ban was rooted in an emerging cultural conflict in Turkey, rather than COVID concerns.

Rapper Ezhel not mincing his words on the arbitrary music ban which has zero to do with COVID and everything to do with a culture war waged on anyone who wants to have fun in this short life.

“Stop going to Turkey for tourism purposes. There is no fun left anyway.” pic.twitter.com/S0IdAA24n6

The satirical online platform Zaytung, shared the following headline in response to the new restrictions: “Flash news. The presidency announced new normalization plans: “everyone shall be in bed by 23.30. All lights switched off by midnight. There will be no noise!”

The response is not surprising, given public outcry when the government announced its plan to ban alcohol sales during the pandemic-related mandated curfew.

Turkey introduced its most recent lockdown on April 26 in a bid to curb rising COVID-19 infections that had reached 60,000 new cases per day.

Another worrying trend during the pandemic was rising suicide rates in Turkey. This was particularly true for musicians. According to the Musicians and Performers Union's (Müzik-Sen) statistics from September 2020, at least 100 musicians committed suicide during the pandemic. Many of the country's one million registered musicians have no insurance and therefore cannot claim state support benefits. With an on and off country-wide ban on weddings and large music events since March 2020, musicians have lost all of their traditional sources of income.

After a 17-day full lockdown in May, the government announced that as of May 17, there would be a curfew from 9 p.m. to 5 a.m. on weekdays and Saturdays (and full lockdowns on Sundays with only essential shopping allowed), however, restaurants, bars, and cafes could operate until 9 p.m. As of June 1, the curfew period was pushed to 10 p.m. with gyms and movie theaters allowed to operate at 50 percent capacity. Shopping centers were also reopened, operating six days a week, between 7 a.m to 9 p.m. As the country starts to reopen, many families are planning to hold wedding ceremonies that had been delayed or restricted due to the pandemic.

Despite the gradual reopening in the second half of May and June, musicians were still banned from performing indoors. In an interview with AFP, Bulent Ertugrul, professor and board member of the Turkish Society of Clinical Microbiology and Infectious Diseases, said these restrictions made no sense. “If you justify (the music ban) by citing the risk of contagion, then you also have to close everything else down.”

Member of Redd band, Gunes Duru shared a tweet with a picture of the historical Rumelihisari open air concert area that has since been replaced by a mosque:

the issue is something else… for example, we gave a concert here, in Rumelihisari.

While the band itself said the new restriction is a clear example of the government interfering with people's lives:

Saying, “We are pulling the restrictions related to music to midnight, excuse me, but no one has a right to bother others” cannot be a scientific reason. This is an intervention to people's lives. Music is not a public health issue.

If you are bothered, then don't listen sir.

Izmir Musicians Association said in a statement, “Musicians are being targeted. We can't stand it anymore. We call on the political power to give up the discourse and policies that polarize people, build walls of hatred, divide and marginalize them, as soon as possible.”

The Presidency Communications Director Fahrettin Altun defended the decision, dismissing the criticism as “manipulative” and “distorted.” With elections just two years away, the ruling party is struggling to lure in disenchanted voters, largely due to the country's fluctuating economy.