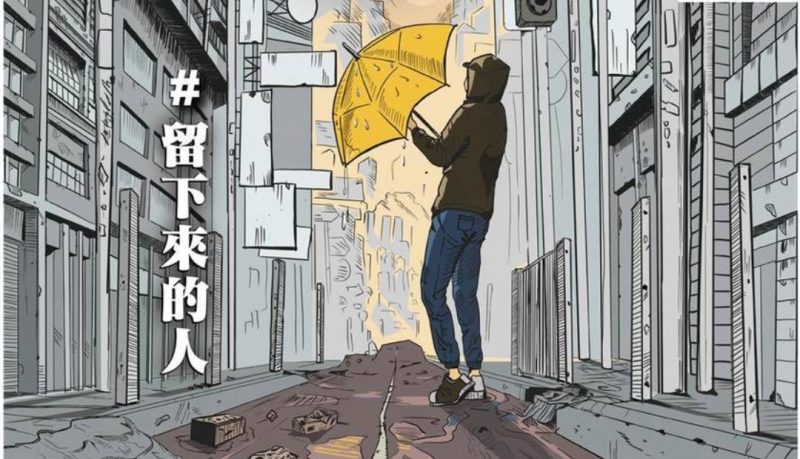 June 12, 2021, marked the second anniversary of Hong Kong's anti-China extradition protests. Overseas Hongkongers rallied in 52 cities around the world to advocate for the city's liberation while those who choose to remain in Hong Kong vow that they will continue to resist.

After one million people rallied on June 9, 2019, Hong Kong police fired tear gas at peaceful protesters who were gathering outside the Legislative Council on June 12. The crackdown turned the single-issue protest against the amendment of extradition law into a city-wide movement demanding a democratic and accountable government. The proposed bill would authorize Hong Kong to extradite crime suspects to mainland China for trial.

Over the last year, Hong Kong authorities have used pandemic control measures as an excuse to ban public gatherings. Additionally, many civil society leaders were either already in jail or arrested for their involvement in the 2019 protests or primary elections in a pan-democracy camp in 2020. Because of this, there have not been any large gatherings within Hong Kong to commemorate the people's movement.

On the contrary, overseas Hongkongers have organized rallies and gatherings in 52 cities around the world to speak out against Beijing’s political suppression in Hong Kong:

There are marches & rallies on the 2nd anniversary of #June12thProtest in many major cities all around the world except in #Hongkong herself. These are from Shinjuku Japan today: pic.twitter.com/OAy6CfTktZ

This continuous crackdown on dissent and suppression of freedom in the city has triggered a mass emigration wave as some Hongkongers seek out other communities to call home. Besides political exiles, the majority of those who choose to leave are middle-class families who want their children to grow up in democracies where there is freedom of expression.

In the third quarter of 2020, the Mandatory Provident Fund Schemes Authority had received 8,100 applications for early withdrawal of retirement funds from citizens claiming they were “leaving the city permanently”.

Because of the erosion of freedom in Hong Kong, on January 31, 2021, the United Kingdom introduced a British National (Overseas) visa program that allows Hong Kong citizens to migrate to the U.K. Within three months, the U.K government has received more than 34,000 individual applications under the program.

The BNO visa program can cover up to 5.4 million Hongkongers out of the 7.5 million total population including the dependents of the eligible individuals — those who were permanent residents in Hong Kong before July 1, 1997, when Hong Kong was handed over to China.

The Canadian government has also introduced a special student visa program and a three-year work permit visa for Hongkongers who want to settle in the country after the enactment of NSL.

The Majority of overseas Hongkongers used to be political moderates or conservatives. However, political scientists, such as Simon Shen, anticipate that the current mass exodus triggered by Beijing’s imposition of the national security law in Hong Kong will politicize overseas Hongkonger communities who may then advocate for the city's freedom.

Thousands rallied in London marks the 2nd anniversary of #HongKongProtests

When a family which has just moved from HK to the UK saw “Liberate Hong Kong” flags flying in the air, the tears welled up in their eyes.

“So sad that we can only see these in another country.” pic.twitter.com/2xLJSqL1tg

At the same time, despite the harsh political climate, a large population of pro-democracy Hongkongers are choosing to stay in the city.

On June 12, Hong Kong Apple Daily News published a frontpage advertisement inviting pro-democracy Hongkongers who have decided to stay in the city to talk about their plans on social media with a hashtag #Those-who-stay (#留下來的人).

The advertisement is a huge cartoon in which a person in black is holding a yellow umbrella in a ruined city. Both the black outfits and yellow umbrellas are symbols of the Hong Kong pro-democracy movement. The headline, “I will stay behind in Hong Kong and continue to ….”, invites readers to fill in the blank.

Many who have been politically harassed or prosecuted still choose to stay. Raymond Yeung, an elementary school teacher who was blinded by an alleged police projectile during the 2019 protests is among one of those who refused to leave. Despite being harassed by pro-Beijing partisans and losing his teaching position, he posted the political cartoon on his Facebook page and wrote:

As the political and justice system has fallen apart, we have to stick to our beliefs. Do the right thing, uphold justice, stand by the good. Be genuine to yourself and be an upright Hongkonger.

Human rights lawyer and activist Chow Hang Tung, who was arrested for revealing her plan to commemorate Tiananmen on June 4 in Victor Park said:

I will stay in Hong Kong and continue to be myself. #Those-who-stay Recently many people commented that I was courageous to do things that I did. I don’t think so. I am just doing what I have been doing. I just want to be myself and speak out what I want to say. To be true to oneself is now worth praising. This is so pathetic. In this abnormal time, to be genuine to oneself and keep oneself from being distorted by the environment is probably the most important practice that everyone of us can do.

Chow has also been charged with inciting and participating in the June 4 vigil in 2020 with two dozen other activists. The court's hearing has been scheduled for November 1, 2021.

Figo Chan, convenor of the Civil Human Rights Front who is currently serving an 18-month jail term for organising an unauthorised assembly in 2019 said that he will stay and continue to resist.

Lester Shum, a student leader in the 2014 pro-democracy protests who is currently serving a six-month jail term for participating in an unlawful assembly in 2020 and awaiting a subversion trial for participating in the democratic primaries in 2020, said he will stay and always be an upright person.

Avery Ng, the chairman of the League of Social Democrats, who is serving a 14-month jail term over his participation in an unauthorised assembly in 2019, vowed that he will continue fighting against dictatorship.