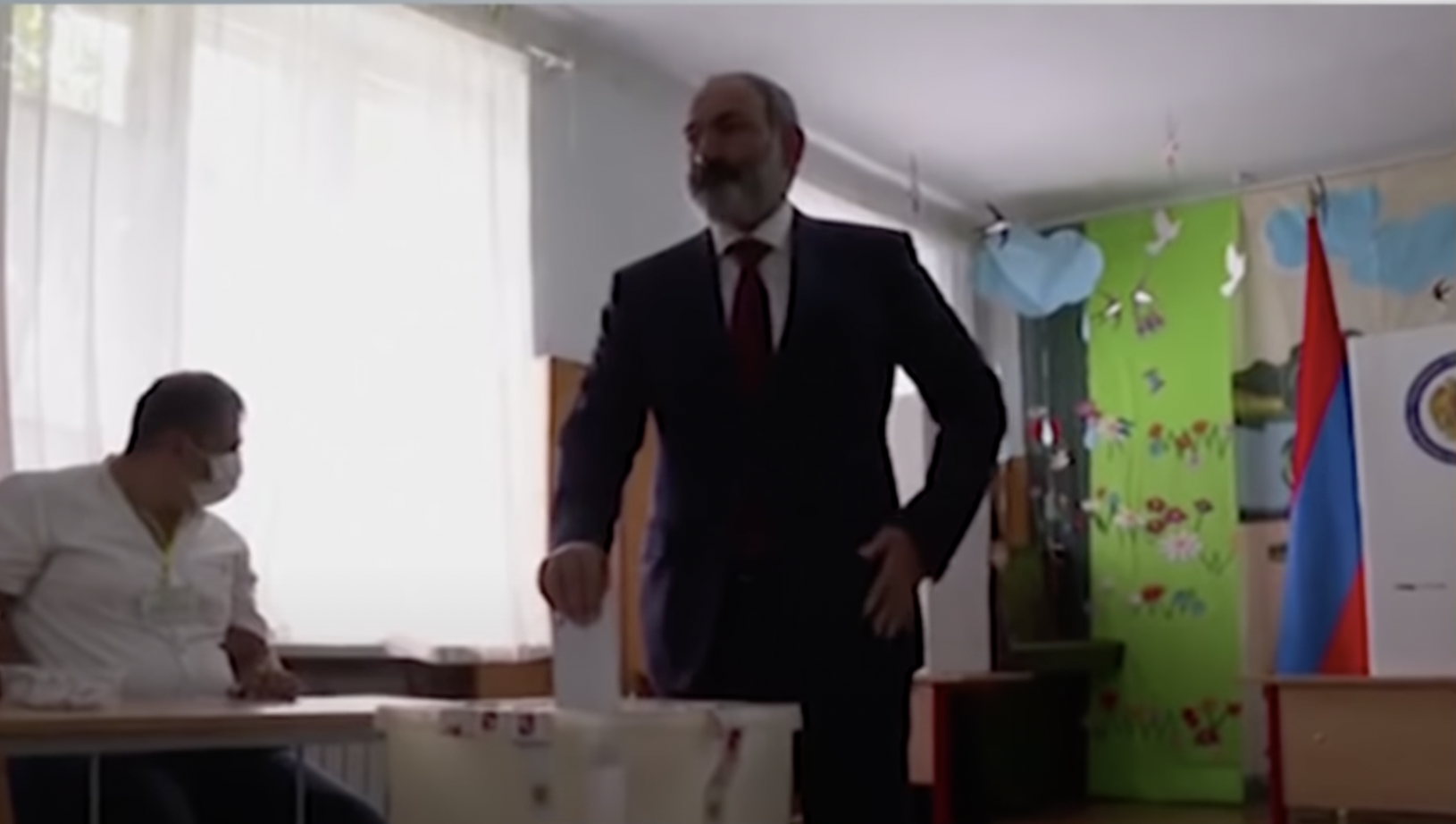 Preliminary results for Armenia's June 20th snap parliamentary election suggest that the Civil Contract party won with 58 percent of the vote — a victory for current Prime Minister Nikol Pashinyan, whose position in the government to be determined during the first session of the parliament. As is customary, Pashinyan resigned from his seat ahead of the June 20 election but has since declared victory for his party, urging his supporters to gather in the main square of the capital Yerevan on Monday evening. Around 50 percent of Armenia's 2.6 million eligible voters cast their ballots in the Sunday election.

The election was not entirely without incident. On Sunday night, Armenia's general prosecutor office reported a total of 319 violations observed and documented during the voting day and said it has opened six criminal investigations, as reported by the BBC.

The Central Election Commission said elections were largely in line with national legal norms. According to RIA news, nationwide turnout stood at 49.4 percent when polls closed at 16:00 GMT.

The era of rigged elections in Armenia is over, Pashinyan said, thanking the police, the national security service for ensuring this. “The government in Armenia, moving forward, will be formed through the will of the people.”#ArmVote21

Though Pashinyan was heavily criticized for the 2020 war with Azerbaijan, his landslide victory is a testament to his overall popularity.

Pashinyan remained true to his commitment that in #Armenia governments can be formed only via people’s vote. Despite enormous pressures after war, virtually all ‘elites’ demanding his resignation, incl church, threat of military coup, he withstood them & made #ArmVote21 possible.

Pashinyan rose to power after leading a revolution in 2018, promising economic reforms and ousting the previously dominating oligarchs and monopolies. However, his popularity suffered in November 2020 when the country lost the Nagorno-Karabakh war with its neighboring Azerbaijan. The war ended with a Moscow-brokered cease-fire which restored Baku's sovereignty over a swath of Nagorno-Karabakh and the surrounding districts and was largely seen as a failure for Pashinyan.

In the following months, as recriminations grew over the PM's handling of the war, he stepped down, as required by law, to allow an election to take place while remaining the country's leader. Polls ahead of the Sunday vote predicted Pashinyan's victory despite his tarnished popularity. As Pashinyan addressed his supporters rallying in Yerevan at the city's central Republic Square on June 17, the former PM said, “The people of Armenia will certainly and undoubtedly win with a crushing percentage [of votes,]. And yes, everything is decided because the people of Armenia have already decided everything in their minds, hearts, and souls.”

His main rival was former president Robert Kocharyan, whose Armenia Alliance came second, securing a little over 20 percent of the vote:

Robert Kocharyan's defeat was attributed to his murky past. “Accused of presiding over a heavy crackdown on protests after a disputed election in 2008, when at least 10 people were killed, and has also faced investigation over bribery allegations,” Kocharyan was viewed as an embodiment of the past, and a government that was ousted in 2018 revolution.

The third coalition was headed by Armenia's former President, Serj Sargisian. A total of 21 parties and four alliances took part in the election (the original list included 22 parties, but one party withdrew before the vote). There were a total of 2,623 candidates, including 965 women (37 percent).

Voters will elect a minimum of 101 members of parliament for a five-year term, under a newly adopted closed-list proportional system in one nationwide constituency. The system incorporates a representation threshold and compensatory mandates aimed at guaranteeing a stable majority while ensuring an opposition representation of at least one-third of all seats. The change, adopted in April 2021, from the previous two-tier proportional system, in which candidates were elected from a single national list and 13 open territorial lists, had been advocated for by many political parties and civil society organizations.

The organization released its final report on Monday, June 21 that indicated an overall positive and peaceful election despite minor incidents “of party or alliance proxies interfering in the process, frequent overcrowding, general disregard for COVID-19 protection measures, tension or unrest,  isolated indications of vote buying and pressure on voters.”

Similarly, the report concluded that the vote count was assessed positively in most polling stations with”very few significant procedural errors or serious violations” even though the IEOM observers noted: “In a number of TECs, poor organization, insufficient space and overcrowding negatively affected the process and transparency.”

According to the most recent projections, “Pashinyan’s Party will maintain its two-thirds majority in the Armenian parliament with 71 out of 105 seats. The Armenia Alliance will receive 27 seats, and the I Have Honour coalition — despite not passing the 7% threshold for electoral coalitions —  will receive 7 seats, as a minimum of three parties or blocs must enter parliament.”