What progress has Argentina's feminist movement made so far? 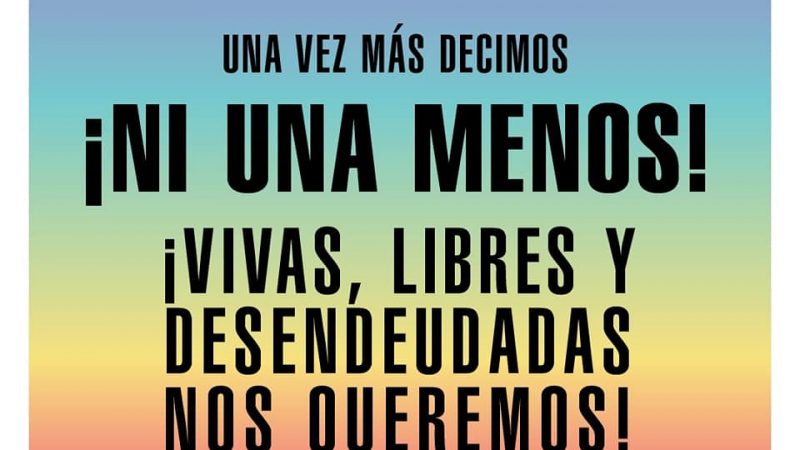 Cover of the list of demands posted on the anniversary of Ni Una Menos on 3 June 2021, used with permission.

June 3 marked the sixth anniversary of the Ni Una Menos (“Not one [woman] less”) campaign, a feminist movement that began in Argentina and quickly spread to the rest of Latin America and beyond.

On June 3, 2015, more than 200 Argentine feminist organisations agreed on a new set of demands under the slogan “We want to be alive, free, and independent!” The focus has now grown to include women's economic and legal rights, with the movement now encompassing an LGBTI+ perspective.

Several initiatives have been launched since that first June day when women gathered in more than 80 Argentine cities to protest gender violence and femicide. What began as a national protest under the slogan Ni Una Menos grew rapidly and became both a regional and global movement.

The protest first began on social media, before spreading to the streets of Argentina to condemn the murder of Chiara Páez, a 14-year-old girl killed by her 16-year-old boyfriend, Manuel Mansilla. Since then, the Ni Una Menos movement has laid the foundations for several initiatives.

This has included the creation of a Registry of Femicides, set up by the Argentine Supreme Court just one day after that first protest. Other initiatives have included the Centre for the Registration, Systematisation, and Monitoring of Femicides, launched by the Argentine Secretariat for Human Rights. The Centre's objective is to keep a quantitative record of gender violence cases in order to gather statistics and analyses on the issue, which can be used when it comes to proposing solutions. 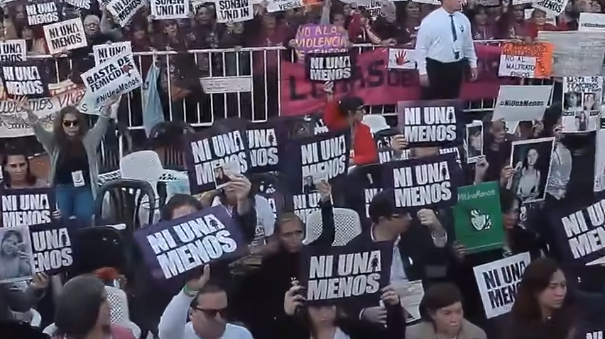 Screenshot from El Siglo of the march against femicide in Buenos Aires, Argentina, on 3 June 2015.

In November 2015, the Lawyers Bureau for Victims of Gender Violence was established from a demand made by the Ni Una Menos movement. The Bureau is comprised of lawyers specialising in women's rights who offer free comprehensive legal representation to victims of domestic violence and sexual abuse.

Although the figures in Argentina are still extremely alarming — one woman killed every 35 hours — the increased awareness of this violence and gender-based homicides has inspired other movements, which have resulted in further achievements. This has included the enactment of the Micaela Law in December 2018, which establishes mandatory training on gender issues and violence against women for all people working in the civil service. Furthermore, the government established the Ministry of Women in December 2019 with the aim of representing women and minority groups in public policies. Then, in December 2020, Argentine lawmakers voted to legalize abortion, a major demand of the Ni Una Menos movement. 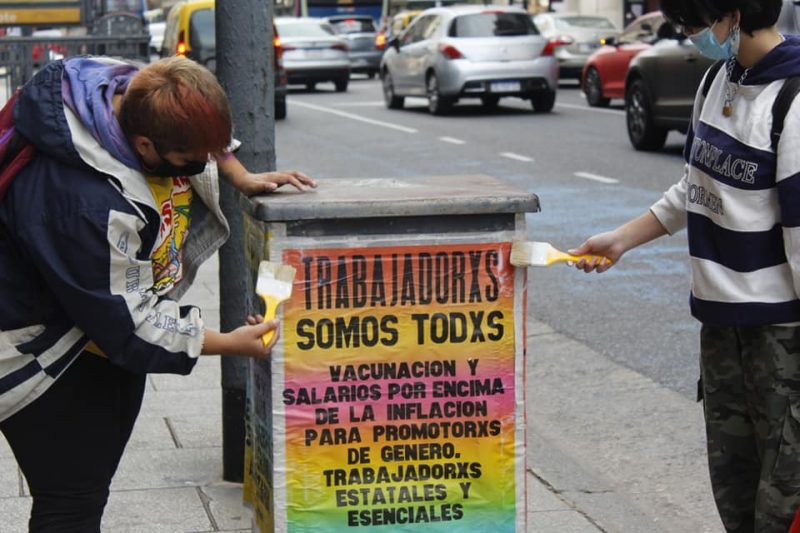 The movement's demands in 2021 now include a national law for employment quotas and for the inclusion of transgender people, a wage increase and subsidies for female workers in order to combat the country's health and economic crisis, and a gender and feminist-based legal reform that will bridge the gap between the national policies and the realities of women and LGBTI+ people.

In addition, the Ni Una Menos collective has called for posters to be displayed throughout the country, slogans to be shared on social networks or printed and hung on doors and windows, allowing for a day of activism without breaking the COVID-19 restrictions.

“We have been riding this feminist wave, this collective construction that has changed our lives, for six years,” the movement wrote on its Instagram page. “The feminist struggle brings us together, it finds us and it sustains us. We all want to be freer, more alive, and more independent.”