The activists were arrested for filming sewage flowing into a river 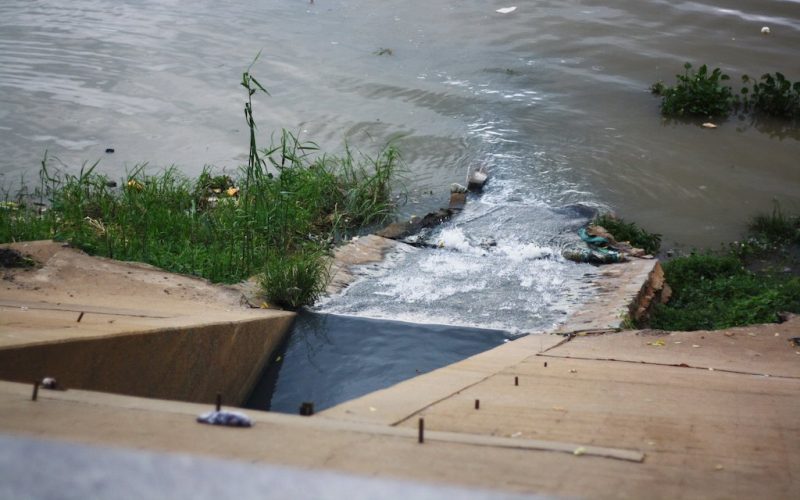 A rights group said three Mother Nature activists were documenting sewage flowing into the Tonle Sap, similar to this drain photographed at Phnom Penh’s Riverside on June 17, 2021. Photo and caption by VOD English

This article by Mech Dara, with additional reporting by Michael Dickison, was originally published on VOD News, an independent news site in Cambodia, and is republished on Global Voices as part of a content-sharing agreement.

Four activists from the environmental organization Mother Nature were arrested in Cambodia this week this week after an Interior Ministry official alleged the “rebellious” group was using foreign money to try to topple the government.

On June 18, neither National Police spokesman Chhay Kim Khoeun nor a municipal court spokesperson could be reached for comment on the current status of those arrested.

On June 16, three of the activists were reportedly taken into custody in Phnom Penh and the fourth in Kandal province, but on June 17 Kim Khoeun said there had only been three arrests.

The Cambodian Center for Human Rights, in an alert issued Thursday, said all four activists were members of the environmental group Mother Nature. The three arrested in Phnom Penh were filming sewage flowing into the Tonle Sap river, the Center said.

Kim Khoeun said on June 17 that the three activists arrested this week potentially faced a more serious charge of conspiracy, which is punishable by five to 10 years in jail.

On Friday, Interior Ministry spokesman Khieu Sopheak said the government’s policy was to protect the environment and forests and that it welcomed people, including from civil society, who are also working toward this goal. Sopheak said:

But this group is different and authorities have evidence that they got foreign money to commit rebellious actions to incite [people] to topple the government. We have enough documents to arrest any of them. Please, all of them, go solve it at the court and have their lawyer defend them. Where did they get their money from? What have they used that money for and for what purpose? If they truly protect the environment, we are happy to work together.

Mother Nature co-founder Alejandro Gonzalez-Davidson, who was deported from Cambodia in 2015 and now lives in Spain, said the government was a “paranoid dictatorship” if it saw enemies and conspiracies to topple it “when a few young Cambodians are simply taking a few images of sewage being poured into a river.” He criticized the conflicting information being released by authorities about the arrests, saying:

We are dealing [with] it in the only way there is really: re-group, re-strategize, and keep going forward, smarter and more resolute than before.

Gonzalez-Davidson said he could not disclose how many members were in Mother Nature “for security reasons.” Regarding funding, he said that the group's “major source of finances has always been volunteering and self-funds, as well as Cambodians (abroad and inside the country) who want to see a better country.” Gonzalez-Davidson said that:

As long as the Hun Sen regime continues to be in charge of the state, any person or group who dares to publicly say that two and two equals four is going to continue being under threat.

Am Sam Ath, monitoring manager at rights group Licadho, said the arrests amounted to intimidation. “We see this as a witch hunt and a threat against environmental activists,” he said.

Sam Ath also noted that the latest arrests came after a recent meeting between US ambassador Patrick Murphy and Interior Minister Sar Kheng about the prosecution of environmental activists.

On June 17, the US ended aid to government entities to protect the Prey Lang Wildlife Sanctuary to redirect it instead to civil society, the private sector, and local initiatives.

Following the sentencing of the three previously arrested Mother Nature activists last month, the British, US and Australian embassies posted messages online asserting that speaking out peacefully on environmental issues was a human right.