A good gauge of how the elderly are treated or media misrepresentation? 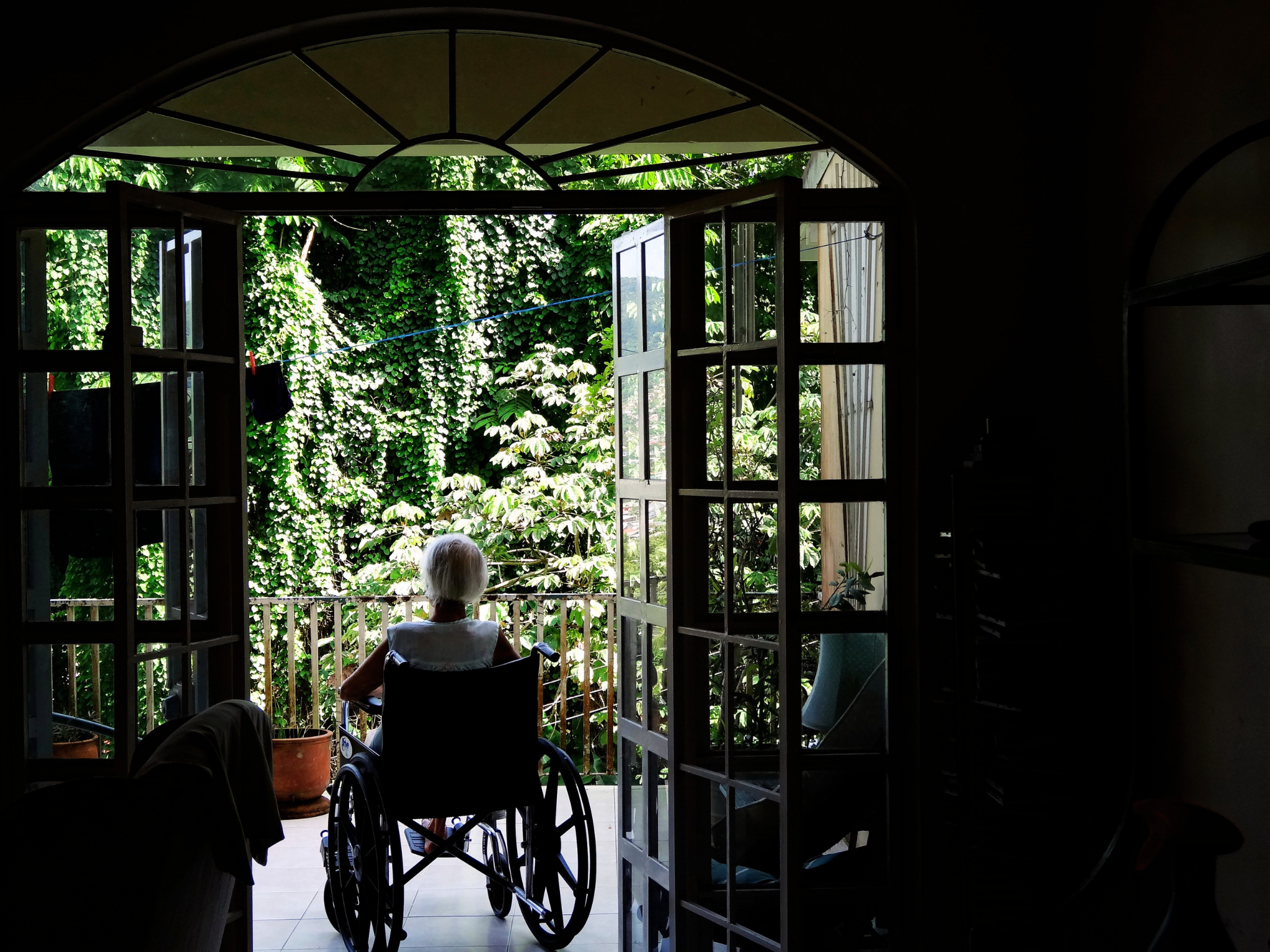 An elderly woman enjoys the view from her balcony in Trinidad and Tobago. Photo used with permission.

On the heels of World Elder Abuse Awareness Day, which was marked on June 15, has come video footage, shared on social media channels like Facebook and WhatsApp, showing pensioners sitting on chairs in the street outside the La Romaine Health Centre in south Trinidad—where they waited in the hope of getting vaccinated—in heavy rain.

Why can they not offer a covered tent area for these poor folks. This is madness to expect elders to deal with these conditions!

CNC3 News, one of two local media houses that filmed the scene, posted the video on its Facebook page, where it attracted close to 48,000 views and hundreds of comments, most of which expressed disbelief and disapproval. One Facebook user commented:

Viena Parmashwar—along with other social media users—felt that in some measure, society at large was to blame for how the elderly are treated in general:

Ok the rain came. No fault of anyone. But [don't] these senior citizens have children or some loved one to accompany them [and] ensure they are safe and taken care of? […] We are part[ly] to blame.

We always have a choice. Get up and go to the Health Center entrance. If they do not allow you in then go home. Don't stay there and get wet and catch a cold. Then you won't be able to take the vaccine. If no one is thinking about you then think about yourself. Bad weather has been forecasted for the day.

Facebook user Rita Bailie, however, thought that other safety considerations were just as pressing:

Heartless ppl out there… You telling me these citizens who serve this country in some way have to sit on the side of the road… What about if a driver of a car lose control and run into these innocent ppl who’s to be blame?????

Aren't they given appointment times to avoid long lines? Can't those waiting be accommodated inside under a tent at least? Can't they be given a number and remain in the vehicle they came in, while the rain is falling? I feel like all this should take 2 minutes to resolve.

It was a question that Trinidad and Tobago's South-West Regional Health Authority addressed in a statement on its Facebook page:

The SWRHA notes videos and pictures circulating on social media of persons 65 years & over outside a few of our health facilities. While we strive for an efficient system overlay for the vaccination process, these valued citizens were without confirmed appointments. These persons were so advised by our attending staff to resolve the situation. We continue to remind that SWRHA will call and schedule appointments for persons 65 & over.
This process avoids congregation in breach of the current public health regulations.

Other than showing up in person, citizens can make vaccine appointments via telephone and WhatsApp.

One Twitter user reported a completely different experience at the same health facility:

My mom had her 2nd vaccination shot appointment at this same health centre this morning. She arrived at 9:45 a. m. and was immediately attended to by the staff. Very smooth process. ????????
Mummy is now #FullyVaccinated

In the same vein, a south-based resident who lives close to the health centre claimed that the media houses were misleading the public. His Facebook post included photos of tents placed outside the building, and inoculated people receiving light refreshments.

The country's president, Paula-Mae Weekes, in observing World Elder Abuse Awareness Day, said that she viewed the occasion as “an opportunity to promote the dignity of older persons and advocate for their protection against all forms of abuse and discrimination.”

Her address, which was posted on the Office of the President's Facebook page, lamented the fact that many seniors, after contributing to society throughout their lives, “become victims of the most demeaning and degrading forms of mistreatment, often at the hands of their loved ones”—abuse that often goes unreported and undetected, “due in part to the culture of shame and secrecy that silences victims and harmful stereotypes which paint older persons as more expendable than other groups.”

In the context of the COVID-19 pandemic, President Weekes made the point that “the failure to plan inclusively for the elderly” when shifting to online and tech-based service delivery, for example, is a form of abuse. She added:

The recent, appalling display of disregard for our senior citizens which left them standing—and when they could no longer stand, sitting—on the ground unshielded from the elements lining the nation’s roads is a less than subtle form of elder abuse.

She was referring to the many elders who waited at health centres throughout the country last week, when there was a massive turn-out for the ‘walk-in’ vaccine arrangement. This has since been discontinued, but one man, seeing the long lines at a health centre in Ste. Madeline in south Trinidad, took it upon himself to supply chairs so people could be more comfortable. Another made a similar gesture on June 16 in La Romaine.

“While we dig ourselves out of this Covid-19 hole,” the president pleaded, “let us all be alert to the forms of elder abuse that might arise during this crisis […] let us make treating older persons with care and respect a priority.”

Trinidad and Tobago is a signatory to the Madrid International Plan of Action on Ageing (MIPAA), and on June 9, at a webinar hosted by the Development Bank of Latin America, Colm Imbert, the country's minister of finance, expressed concern about the issue of longevity risk, whereby longer lifespans could translate into people running out of resources to support themselves, thereby putting additional pressure on state pension systems.

In Trinidad and Tobago, you can report suspected elder abuse via the Older Persons Information Centre hotline at 800-OPIC (6742).