An interview with awarded argentinain mathematician by L'Oreal and UNESCO 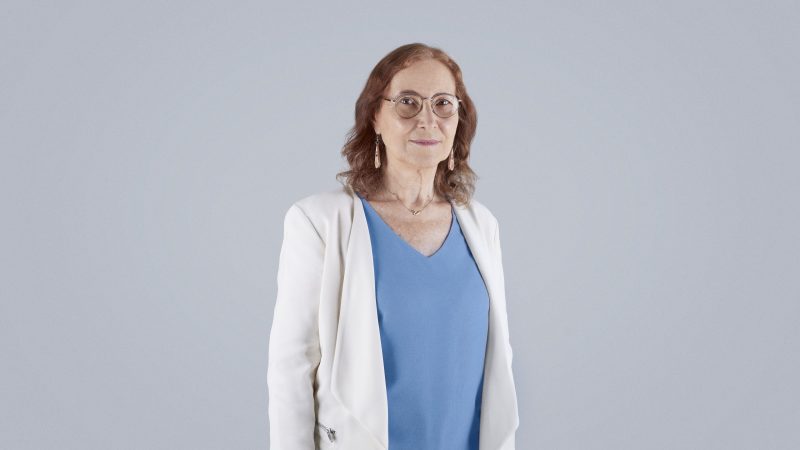 Women in science and their contributions have always existed even when history kept them hidden. Physics, chemist, biologists, medical and mathematics — among other disciplines — like Dr. Alicia Dickenstein.

Dr. Dickenstein, whom we interview here, was one of the five women awarded in 2021 by Fondation L’Oréal and UNESCO with the award L'Oréal-UNESCO For Women in Science International Awards thanks to her work leveraging algebraic geometry in the realm of molecular biology.

She is a professor at the University of Buenos Aires and has held important positions in national and international fields of mathematics and science, specializing in identifying computational mathematical models.

For example, she has detected an underlying mathematical structure in many popular signaling pathways, which she named “Sistema MESSI” (Modifications of type Enzyme-Substrate or Swap with Intermediates) a nod to the famous Argentine footballerLionel Messi. This system helps biologists advance their research with the help of mathematical models. She is also the author of Matemax, a bilingual schoolbook of mathematical for children and young teens.

The interview was edited for clarity.

Lucía Leszinsky: In 1982, you obtained the title of Doctor in Mathematics from the University of Buenos Aires. What prompted you to bet on a career in the world of mathematics?

Dr. Alicia Dickenstein: I had no idea that there was a career in mathematics. I enjoyed mathematics, I explained it to my classmates, but I wanted to study education, or rather, I didn't know what I wanted to do. In the last year of high school I agreed to take a vocational test from the Professor of Philosophy and Pedagogy Elida Leibovich de Gueventter who told me, “Here abstract intelligence is very high. Why don't you study mathematics?” I hesitated, I wondered what I was going to find. But she insisted and made me see that if I started math and I didn't like it, I would always have time to study another career. If I didn't try, I was never going to know.

When I entered the race, I did not know anyone, but there I met others who were like me, and immediately I felt like a toad in my own well.

Where there a significant number of women when you entered? 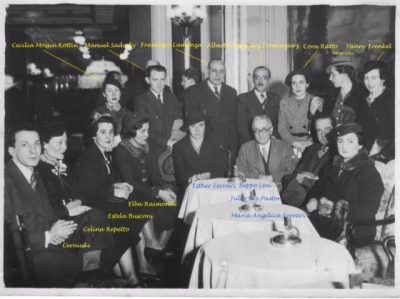 There were quite a few women, but interestingly, there were more women in mathematics years before. There is a photo from 1940 showing mathematicians of the time, and many of them are women. When I started, there were fewer women, there were practically no teachers.

What was it like to face a career in mathematics in such a crucial time for Argentina during the military dictatorship, and experiencing motherhood and a doctorate simultaneously?

I spent many years looking for my way. While I was doing my doctorate with a grant from CONICET [An agency dedicated to the promotion of science and technology in Argentina] when my daughter was born. Later, when I finished my thesis, my son was born. There was no e-mail, my children were very young, the salaries weren't enough, we did not buy magazines or anyone traveled to bring them from abroad, so I spent almost eight years seeing how to get out of here or discovering what I could do. It was a very difficult time.

What other obstacles did you encounter throughout your long career? Do you think that some of these were related to one or more aspects of your identity, such as gender or nationality?

The biggest obstacle I encountered, as I discovered years later when I first managed to travel to a theoretical physics center in Italy, was being away from information. While there, I heard many things about mathematics that I did not know. One day, sitting in one of the imposing auditoriums of the Centro Internazionale di Fisica Teórica de Triste, I realized that if I had had the information I was getting there, I could have started working on something specific earlier. For this reason, the rest of my life I dedicated myself to fighting for information.

Then there were other obstacles, but I didn't care about them. I never thought, for example, that there was something that men could do intellectually that women could not. I recently recalled an episode with a professor and college colleague in which, seeing me with my eight- or ten-month-old daughter in the office, he said to me: “Do you have a daughter? What are you doing here working? You have to go home and take care of your daughter.” At the time, I didn't pay attention to it. I think if one thinks that there is something that she cannot do, then she will not be able to do it.

What is mathematics to you, and how does it relate to everyday life?

Doing math is much more than counting or calculating, but this is important. It is understanding structures and then being able to predict. Is a discipline constantly growing and is present in everything around us. Perhaps we realize when we estimate or compare prices or when we expand or reduce a recipe, but also our cell phones, for example, need math in order to work!

What does the award given to you by the L'Oréal Foundation and UNESCO with the “For Women in Science” award for the Latin American and Caribbean region mean to you?

I knew I had been nominated, but I thought I had no chance of winning because math is not very popular. When they called me I was surprised, I was not aware of the significance of the award. For me, it is a great personal joy and at the same time I feel it as a prize for mathematics because this is not usually a highly awarded discipline. But, in addition, I consider that it is an excellent opportunity so that with the publicity generated by the award, more girls discover that mathematics is for them, that it is linked to emotions more than they imagine.

I have some problems that I would like to solve. Fortunately, mathematics is universal, more social than is commonly believed, and that allows me to work with many people from Argentina and from other parts of the world. Interacting with people is that ideas arise and work is more productive. Ultimately, in mathematics, and in life in general, when you have a problem it is best to avoid hitting your head against the wall over and over again, and instead try different things to try to solve it.

Any advice for other researchers or for women who want to explore the field of exact sciences?

My advice is not to censor yourself, if you like it, don't hesitate and follow your passion.