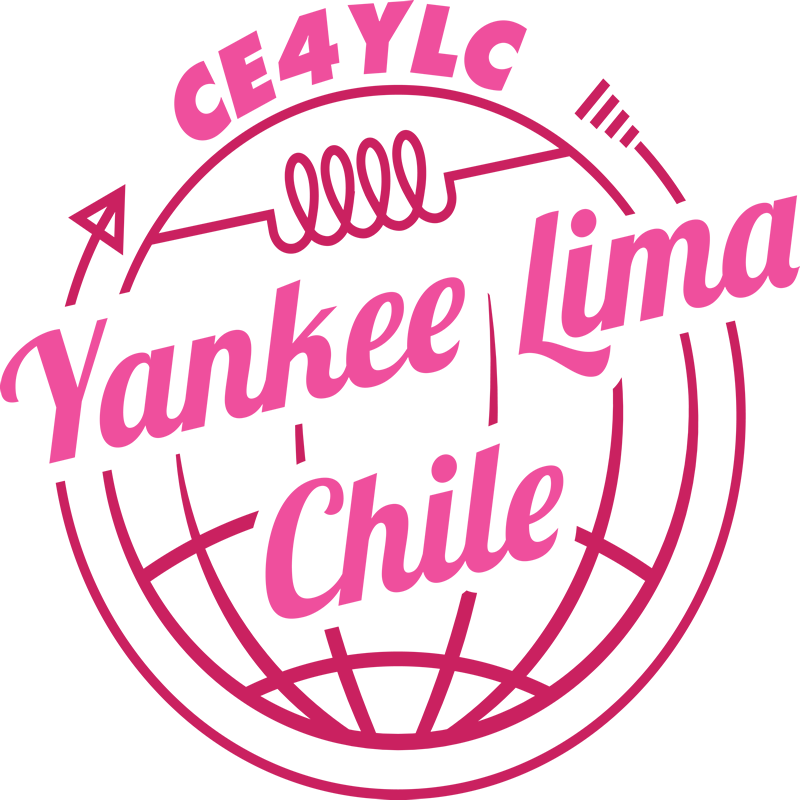 In a remote corner of Chile, Leticia San Martín Corrial turns on her radio and waits for someone to connect on the other end. After hearing the crackling noise of the radio, she is delighted when she hears the voice of a fellow radio amateur from Mexico, Turkey, or Lithuania.

“This is XQ4NUA,” Leticia exclaims, introducing the personal callsign identifying her as an operator of amateur radio, often referred to by the term ham radio by the aficionados. People who have received ham radio accreditation can call specific stations and have a conversation with the person on the other line. Many radio lovers around the world can listen to these conversations. When the person on the other end of the line speaks Spanish, greetings are exchanged and sometimes international friendships are made. When they speak another language, they use friendly predetermined codes. They say “seventy-three” (in English), which means Best regards, for example, and then simply “good luck.”

Ham radio operators are individuals who made the effort to meet people in a safe environment, and they know that the other person also tuned in with the same intention in mind. The patience required to form bonds by just listening to the voice of the other person seems to add a little something to amateur radio communication. The operators engage in personal communications with fellow radio amateurs, both within their own country and around the world, using radio frequencies. 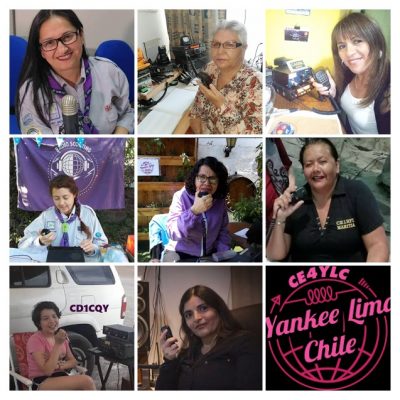 “It's pure magic,” Leticia tells me over Zoom. After 29 years as a ham radio operator, she created her own radio club, Yankee Lima Chile, the only one known to be made up exclusively of women.

“We highly value respect and support for each other. We are like a family. If one of us is feeling down, we make sure to try and help or call to give a few words of encouragement,” Leticia explains.

Unlike digital social networks, ham radio is a closed circle: members need to obtain a license from a government regulatory authority after passing an exam on radio standards and technology. Leticia was the first woman in Chile to reach the highest rank in the amateur radio world, the “Advanced Operator” level.

With the pandemic, the hobby has gained traction.”The fact that you're working remotely from home, as I do, the fact that you can't go out because you're in quarantine, it increased a lot more [the use of radio],” Leticia explains. “I think the pandemic, in a way, made it easier for us to be on the radio, to be able to participate. And there are also emergency networks.”

In these conversations, politics, religion, and business are off-limits but countries, customs, and occupations are fair game. Activities on the radio are also organized, such as contests, certifications, activities where listeners can learn about a particular place of interest in the country, a historical event, or the anniversary of a Radio Club.

“When I initiate a call, I don't know anybody, but I want to talk to any station, to any country. So you wait and suddenly you get an answer from ecoalfa: ‘Echo, echo?’ A station in Spain is answering. You take their callsign, and you give them yours. ‘My name is Leticia, I am located in the city of Racangua, 85 km south of Santiago de Chile and I am calling to exchange a few words’. And that's where the conversation starts.”

There are about 6,500 ham radio operators in Chile and three million in the world, most of them in the United States, Europe and Asia. Only about 15 percent of the amateur operators are women. Leticia's club's particularity is that it is specifically made up of women only, with members ranging in age from 14 to senior citizens. There are 22 women in the group that was formed in 2018. 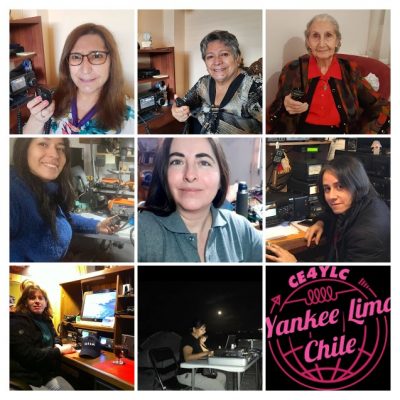 “It is the only one in Chile and some say even in the whole world. We all have the same goal, which is to talk on the radio, to do activities, to make ourselves known as women, and it gives a nice touch to the radio, because generally it is all men. But not here, there are more women,” says Leticia.

The callsign of her radio club, CE4YLC, bears a meaning. “CE” stands for the country, “4” is the region of Rancagua, and “YLC” is the name of the radio club (Yankee Lima Chile). “YL” comes from Young Lady, the old-fashioned nickname for women involved in ham radio.

“Many people think ham radio is dead because of the internet,” Leticia says. “But that's not true, because nowadays there are also kids joining.” Leticia has a 14-year-old daughter who just became a member of her club. She enjoys “listening to the noise of the radio, having a hard time making contact, and then talking to someone far away,” Leticia adds.

“The radio will always be there and will always be active. I mean, the Internet can be cut off and that's it. It's down. You have to wait. With radio, on the other hand, no no, you can broadcast for many hours without power, and that's even more magical. You just listen, but you don't see the person.”

Ham radio helps in times of natural disasters and power outages – the CE4YLC club is recognized in Chile by the national emergency agency. “We are the first ones to communicate when the power goes out, we are always active and present,” says Leticia. They also helped find survivors during the earthquake that shook Chile in 2010.

“Ham radio enriches my soul and spirit. It keeps you alive, it motivates you, having so many friends all over the world, forming bonds of friendship that never end. It's wonderful,” shares Leticia.

On April 18, International Amateur Radio Day was celebrated. Friends of Yankee Lima Chile sent greetings from all over the world: