The games will involve 12,000 participants from countries around the world 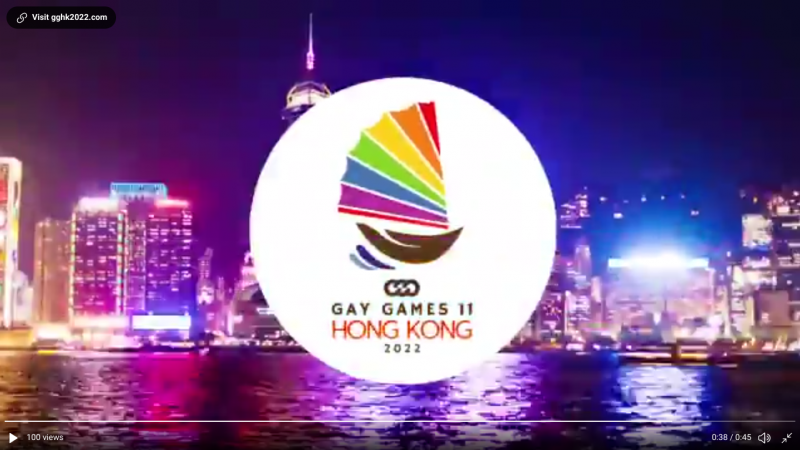 The following post is an English-language version of two Chinese-language reports published on the Stand News on June 10, 2021. It is published with modifications on Global Voices under a content partnership agreement.

The Hong Kong LGBT community in 2016 won a bid to host the Gay Games – an international sporting and cultural event that promotes tolerance towards sexual diversity.

If the event goes ahead it will be the first time the games have been held in Asia in the four decades since they debuted in San Francisco.

Several government departments including Invest Hong Kong and the Hong Kong Tourism Board have thrown their weight behind the plan. That is mostly because the games involving 12,000 participants from countries around the world are expected to bring in around HK$1 billion ($129 million) in benefits to the city.

Organizers expect up to 75,000 spectators from around the world for GGHK.

Notwithstanding these arguments, lawmakers Priscilla Leung and Junius Ho made clear their distaste for the event in a June 9 session of the Hong Kong Legislative Council (Legco).

…residents who support me oppose same-sex marriage. It is your business what you do in your own room, but if you go out and do it in public, it’s disgraceful…after the Gay Games their next step will be legalization of same sex marriage. Officials should not get involved in this. It's civil society’s business if they want to do it, but it’s wrong [for government] to throw money at this. I don’t want to earn such dirty money, it doesn’t matter if we earn HK$1 billion.

Priscilla Leung, concurred, noting that the games were less about sport and more a campaign for promoting LGBT rights, which she said might divide society.

Their comments came after Regina Ip Lau Suk-yee, another lawmaker, called on the government should to do more to help the Gay Game organizers to secure the venues they need. Ip has expressed support for the bid since 2016.

Liberal Hong Kong, but not for long?

But the pro-Beijing lawmakers’ supporters in Hong Kong are in favor of more conservative values with heterosexual relations and reproduction at the core of social organization. Such views are in lockstep with Beijing's gender education policy in recent years.

Earlier this year, the Education Ministry authored a policy proposal to promote masculinity in young men, amid a state-led discourse decrying the “feminisation” of this demographic. State and pro-government media have regularly complained about the popularity of male music and film stars known for their “delicate” good looks.

While there has been no indication so far that Hong Kong decision-makers will seek to block the holding of GGHK, the organizers are facing clear logistical challenges.

Thus far, GGHK has only managed to find half of the 56 sites they need for the games.

Without the help of government funded national sports associations, GGHK is only allowed to book sport venues six months in advance, rather than 12 months.

Up until last year, Hong Kong boasted East Asia's only openly gay legislator – independent lawmaker Raymond Chan Chi-chuen, who entered the Legco in 2012. But Chan Chi-chuen quit the body last year in opposition to what he saw as Beijing's attempts to manipulate the body. He is currently in police custody on subversion charges.

The mass resignation of pro-democracy legislators last November over Beijing's decision to unseat four of their colleagues has left the Legco completely shorn of opposition voices.

support for gay marriage in hk as at an all time high but since we dont actually have a chance at having lawmakers that actually represent the people anymore, the discussion is now on the level of literally calling gay people ‘dirty’ https://t.co/q6fk0sUFf6

HK prosecuting & jailing its most internationally respected & progressive politicians while promoting governance by “patriots” like Junius Ho who spout hate like this is just so on-brand for the City Formerly Known As Asia’s World City right now. https://t.co/fGPVDJEckX

The civil society is really supportive, citizens really support LGBT…We have never had so many businesses supporting Pride Month as this year… it’s just the people remaining in the Legislative Council who is out of touch… they are the ones dividing Hong Kong. The situation now is that because they have turned and twisted the LegCo election system into entirely ‘one country, one system,’ homophobic garbage like them are the only ones remaining in the LegCo.

Ricky Chu, chairperson of the government's Equal Opportunities Commission, pledged that his body would continue to offer assistance to organizers, and urged the public not to stigmatize the games.