Germany recognizes colonial-era genocide in Namibia, but survivors say it's not enough

Germany's development aid payment has nothing to do with reparations 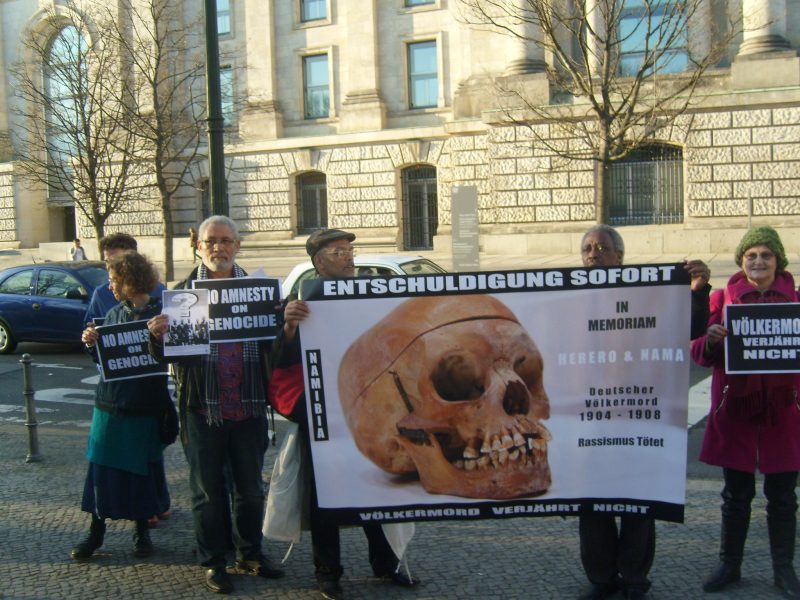 After more than a century of official silence, Germany has formally recognised as genocide a series of colonial-era massacres in Namibia between 1904 and 1908 when German settlers brutally killed thousands of people from the Herero (also known as Ovaherero) and Nama ethnic groups.

The offer by Germany to pay 1.1 billion euros (approximately 1.3 billion U.S. dollars or 18.6 billion Namibian dollars) came after five years of negotiations between the governments of Germany and Namibia. The payments will go into funding projects in Namibia over a period of thirty years. However, the German government insists that these payments are not “reparations,” as there are no legal claims for reparations, but only a moral obligation.

The Namibian government has accepted Berlin’s offer. However, descendants of the victims of the genocide, who were excluded from the negotiations, strongly resent the terms of the agreement which state that payments will be made through the government’s development projects and not directly to them.

This gesture is in “recognition of the immeasurable suffering inflicted on the victims. Our goal was and is to find a common path to genuine reconciliation in memory of the victims,” German foreign minister Heiko Maas noted in a press statement released on May 28, 2021. “This includes naming the events of the German colonial period in what is now Namibia and in particular the atrocities in the period from 1904 to 1908 without sparing or glossing over them. We will now also officially call these events what they were from today's perspective: a genocide,” said Maas.

We have only one word today for what the German colonial occupation perpetrated in #Namibia between 1904 and 1908: genocide. All the more I hope that today we can take an important step towards reconciliation. We will ask #Namibia and the descendants of the victims for forgiveness. As a gesture to them, we will provide 1.1 billion over the next 30 years, e.g. for agriculture and education. We cannot change the past, but together we can look to the future.

On June 4, 2021, while addressing the media at State House in Namibian’s capital Windhoek, Vice President Nangolo Mbumba said the negotiations with Germany have been very difficult. “We are not proud of the amount. (…) The payment of reparations was the most difficult part. Germany has accepted a moral obligation to pay money” but vehemently “refused to pay reparations,” Mbumba said according to a report from the daily newspaper, The Namibian. 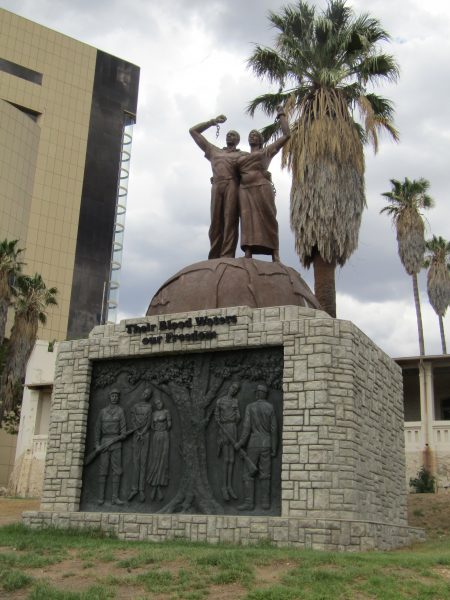 The genocide was triggered by an uprising of Herero who worked in German facilities and farms. As a result, the German colonial forces commander Lieutenant General Lothar von Trotha ordered 15,000 German soldiers to put down the uprising.

The Hereros fled to the almost waterless Omaheke Desert in eastern Namibia but Von Trotha had the desert sealed off and chased them away, far from any source of water. Thousands of Hereros died of thirst. Then he issued an extermination order: “The Herero are no longer German subjects. (…) Within the German border, every Herero with or without a rifle, with or without cattle, will be shot; I will no longer take in women and children, drive them back to their people or have them shot as well.”

The Namas also rose up in solidarity with the Hereros. Yet, they avoided direct confrontation with the German forces. Instead, they started a guerilla war. After Namas leader Hendrik Witbooi and Jakob Morenga died, they gave up.

At the end of the rebellion, when German forces had conquered “the revolt, the Hereros all but ceased to exist as a cultural entity. Of the original 80,000 Hereros, only 20,000 remained alive,” according to genocide scholars Samuel Totten and William S. Parsons.

Backlash on the reparation agreement

To the Nama and Ovaherero people, this agreement reflects the lack of will for true reconciliation by the German government.

‘UNJUST’ … The Ovaherero and Nama traditional leadership, among others, are protesting against what they describe as an unjust settlement deal between the Namibian and German governments. Video: Puyeipawa Nakashole pic.twitter.com/5RQhdcqPBK

According to the newspaper The Namibian, the traditional chiefs from the Maharero, Kambazembi, Gam, Zeraeua and Mireti royal houses of the Ovaherero people have rejected the German government's offer. They want 478 billion euros (about 8 trillion Namibian dollars) as financial reparations for the 1904 to 1908 genocide, paid over 40 year-period as a pension fund for the descendants of the victims.

Similarly, on June 1, 2021, chairperson of the Namibian Genocide Association  Laidlaw Peringanda said in an interview with Al Jazeera: “If the German government wants to reconcile, they need to give us our dignity back. But that can’t happen as long as they are excluding us.”

This Namibian Twitter user described the negotiations as “an insulting mess” that resulted in “an embarrassingly premature celebration of steps to ‘reconciliation’”:

Two important parts to this story:

Some Namibians also criticized the promised amount of money, which they say will have little impact.

Howard Rechavia-Taylor, German colonialism scholar at the Columbia University noted that the impact of German colonisation is still prevalent today, as evident in the unequal distribution of land:

But criticisms have not been limited to Namibia alone. Dissenting voices against the agreement have also been raised in Germany as well.

“Germany negotiated mainly with the Namibian government, but not with the authentic representatives of the Herero and Nama,” said the Berlin-based Herero activist Israel Kaunatjike in an interview with Redaktionsnetzwerk Deutschland. “What has now been decided is a small development aid programme, which has nothing to do with reparation payments,” said Kaunatjike.

An alliance of black organisations in Germany also called for a solidarity demonstration in Berlin.

Wir rufen zur Teilnahme an der Demo zum sogenannten #Versöhnungsabkommen zwischen #Namibia und der BRD – ohne die Beteiligung von #Herero und #Nama Selbstvertretungen. Schon 2016 galt: “It cannot be about us without us. Anything about us without us is against us!” pic.twitter.com/rdSqelKHuh

However, not everyone is against the agreement. On June 3, the chairperson of the Ovaherero/OvaMbanderu and Nama Council, Gerson Katjirua, announced that the entire council accepts the offer and will be signatories of the agreement:

WE ACCEPT OFFER … The chairperson of the Ovaherero/OvaMbanderu and Nama Council Gerson Katjirua on Thursday morning in Windhoek said the entire council accepts the 1,1 billion euros offer from the German government. Video: Shelleygan Petersen pic.twitter.com/mbWs5Gm9rD

Katjirua stated that not all descendants of the victims were against the reparations offer. “We will be signatories of this agreement,” he said.