The matters stressing out the Caribbean Sea are all connected 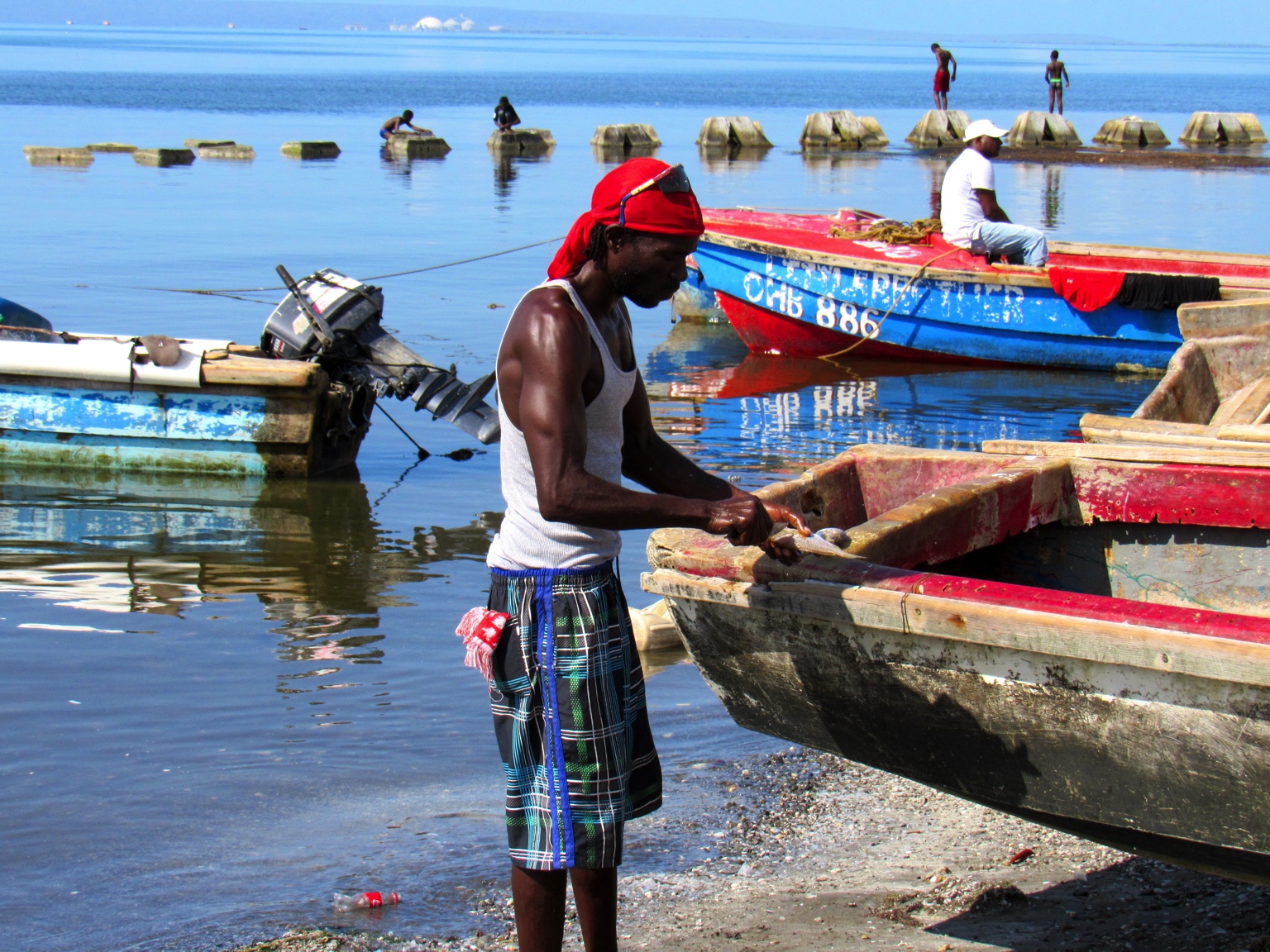 Oceans cover approximately 71 percent of the earth’s surface, and contain 97 per cent of its water, so how is our “blue planet””—and specifically, the Caribbean Sea—faring? Is the blue economy, touted as a sustainable solution to the region’s concerns, little more than a catchphrase, or the Caribbean’s last hope?

The theme of World Oceans Day 2021 is “Life and Livelihoods.” Although the Caribbean Sea, with an area of just over one million square miles, represents only around one percent of the global ocean area, it is a critical resource for its people, just about 70 percent of whom live in coastal areas. Certainly, the Caribbean depends in some way on the sea and its coastlines for a living.

The region’s marine environment faces a long list of challenges, including pollution of all kinds: plastics and other forms of trash, as well as abandoned fishing gear and the runoff of pesticides and other chemicals used in agriculture, much of which is unregulated. Drastic changes to island coastlines to accommodate tourism developments, including hotels, marinas and cruise ship ports, have resulted in the removal of vital mangroves and other coastal habitats and impacted coral reefs and seagrass beds. Prospecting and drilling for oil is another growing concern for some Caribbean territories.

Another issue, not to be discounted, is the poaching and hunting of important marine and coastal species, including endangered sea turtles and marine mammals. The United Nations Caribbean Environment Programme (UN/CEP), headquartered in Kingston, Jamaica, will be focusing on this for one month beginning on World Oceans Day in order to raise awareness of the region's mammals, including whales, sharks, and the endangered West Indian manatee:

Learn interesting facts about marine mammals?? in the Wider Carib, the threats they face, conservation efforts being undertaken to protect them & how YOU can help!

The UN agency is currently wrapping up its focus on yet another challenge, sargassum seaweed, which has afflicted some of the Caribbean's loveliest beaches—and its tourism trade—in recent years.

As the region marks World Oceans Day, however, two pressing and seemingly intractable issues stand out: the impacts of the climate crisis, and overfishing, including illegal and unregulated fishing by both local and overseas fishers. These concerns, among others, will be the focus of discussions throughout the day on June 8, as they are certainly not unique to the region.

After a series of devastating hurricanes in recent years—most recently, 2019's deadly Hurricane Dorian—the Caribbean has established itself as being exceedingly vulnerable to climate change. Its creeping impact on the marine environment is showing itself in various ways, including the extreme degradation of Caribbean coral reefs, which support over 60 species of corals and 1,500 species of fish, and on which much of the region's tourism industry through leisure activities. The drastic decline, due to higher sea surface temperatures and ocean acidification, makes the corals more fragile. Both coral reefs and mangroves, which act as protective barriers and breeding grounds for ocean life, have been damaged by an increased number of high-intensity storms. According to a 2020 National Environment and Planning Agency of Jamaica report, none of the island's coral reefs are in good shape, with 36 percent rated as being in critical condition. 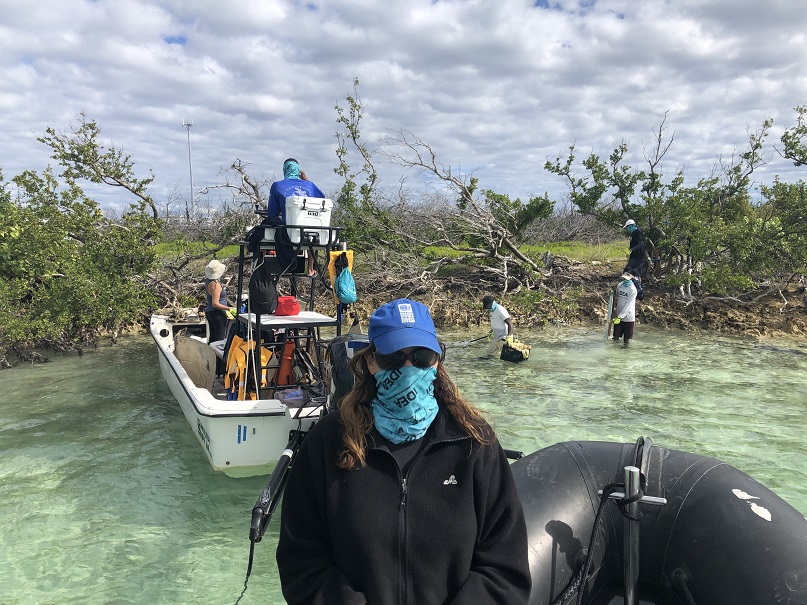 Local non-governmental organisations are seeking to redress the balance. In Jamaica, several community-based groups are painstakingly restoring corals using various “gardening” methods, and replanting their cultivated young corals on dead reefs. In Grenada, a “biorock” material is also being used to restore corals. The results of such innovative endeavours remain to be seen.

Meanwhile, Sustainable Grenadines (SusGren), a trans-boundary non-governmental organisation (NGO) focusing on the coastal and marine environment and sustainable livelihoods for the people in the Grenadines (located between Grenada and St. Vincent and the Grenadines), has embarked on a sea moss cultivation project. One of its major undertakings was the restoration of Ashton Lagoon, a failed marina project that is now a successful eco-tourism coastal attraction.

The matters stressing out the Caribbean Sea are all connected. The Caribbean is one of the world's most over-fished regions. Over-exploitation of the sea's resources, in particular, the global issue of illegal, unreported and unregulated fishing, both within the region and from overseas fishing interests, in turn affects Caribbean coral reefs and, by extension, the lives and livelihoods of local fishing communities.

On World Oceans Day, at a webinar hosted by the Earth Journalism Network, regional experts will discuss the issue of fisheries subsidies, and whether ongoing treaty talks at the World Trade Organization (WTO) will make a difference.

Quite apart from the efforts of NGOs, which are often supported by grant funding from multilateral organisations, it is now up to regional governments to work closely with its citizenry to protect the sea and all the creatures that live in it. Some are doing better than others: Belize, for example, has expanded its Marine Protected Areas (MPAs) to protect its vibrant coral reefs.

Ratification and accession to key international agreements such as the SPAW Protocol, which countries like Jamaica have not ratified, and the Cartagena Convention on Biodiversity would also help provide training, technical assistance, grant funding and encourage the establishment of more MPAs.

Political will and action, informed and guided by local scientists such as climate change scholar Professor Michael Taylor and marine biologist Professor Mona Webber at the University of the West Indies, would help propel Caribbean leaders towards a workable and urgently needed plan to protect the sea. On a daily basis, strict enforcement of environmental regulations and greater vigilance against illegal fishing in and around coastal waters needs to be stepped up.

The beautiful, turquoise waters of the Caribbean, which have given so much of their bounty to its people and their economies, deserve nothing less.