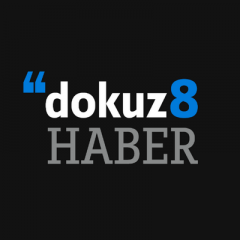 This story was originally published on Dokuz8Haber website. A lightly edited version is republished here under a content-sharing agreement.

Since early January, Istanbul's renowned Boğaziçi University has been the center of an exemplary show of resistance by students against the ruling Justice and Development Party's (AK Party) appointment of government affiliated trustees to replace elected university officials, including university rectors.

Six months later, students, alumni, and faculty members of the university are still agitating against the government-appointed rector Melih Bulu and his policies, which they claim are eroding the campus’ democratic culture. As part of the resistance, faculty members have been physically turning their backs to the Rectorate Hall every day.

Although Bulu was appointed by Turkey's president, he has not been approved the University Senate, so his decisions lack legitimacy under the university's guiding principles.

To bypass the need for a Senate majority, Bulu appointed himself dean of the university's faculty of communications, which was recently established by a Presidential decision. Naci Inci, who is also the director of the Institute for Graduate Studies in the Social Sciences and the Institute for Graduate Studies in Sciences and Engineering, was appointed as one of Bulu's deputy rectors, and others appointed as deputy rectors also occupy various positions within the university. Under normal circumstances, these positions require campus elections and consultation with university departments.

Since January, students have been organizing open lectures, workshops, artistic productions, concerts and campus rallies, while Boğaziçi alumni organizations around the world have been holding solidarity protests in various metropolises.

Activities on the Boğaziçi campus have frequently been targeted by campus security as well as undercover police.

Most recently, Bulu suspended classes offered by part-time lecturers. Among them was Feyzi Erçin, a lecturer in the Western Languages & Literature department who taught classes in the Film Studies Certificate Program. Erçin had also been offering legal counseling services to students arrested during police raids.

Following the suspension order issued by Bulu against Erçin on May 31, students joined their professors outside the Rectorate Hall, declaring: “You have not forsaken us when we needed you, now we will not forsake you either.”

Students also set up tents on campus green spaces, only to be forced onto concrete after the rectorate’s management ordered campus sprinklers to be turned on. As students engaged in their tent resistance on campus, police gathered outside the campus gate. Then, at 1am on June 1, campus security guards, undercover police and riot police launched a coordinated intervention.

Following #BoğaziçiUniversity students setting up tents in solidarity with the suspension of part time lecturers including @feyzi_ercin, riot police and detention vehicles are deployed at the campus gate.

Police continues rallying outside the #BoğaziçiUniversity South Campus gate as the students are still on campus ground with tents. pic.twitter.com/MY6eF4h4NJ

After #BoğaziçiResistance started Tent Resistance on #BoğaziçiUniversity‘s South Campus in protest of part time lecturers’ suspension, intervention began at 1 am.

The “midnight intervention” on the Boğaziçi campus bore echoes of the police intervention at Gezi Park in 2013, both in terms of timing and actions, in addition to roughly coinciding with the eighth anniversary of the #OccupyGezi protests. During that intervention, riot police set fire to protestors’ tents in the early hours of May 30, 2013. Pro-government media were quick to blame the protestors for the fire and accuse them of damaging public property.

Multiple students reported being wounded by the police battering that night at Boğaziçi, but no students were detained in the raid.

As Turkey heads to a general election in two years, the continuing resistance at Boğaziçi University is the latest and most prominent sign that the ruling Justice and Development Party may be losing not only popularity, but also control.