Is China's silk road leading Nigeria to sufficiency or imperialism?

Passengers boarding a train in Nigeria. Screenshot from a video on African news

In December 2020, the latest of China’s many industrial investments in Nigeria, the railway between Lagos and Ibadan, became operational. Running 156 kilometers long and costing some $1.5 billion US dollars (USD), its opening was accompanied by public fanfare and Chinese government tweets, celebrating it as another victory for both Chinese-led development, and for China’s public image in sub-Saharan Africa.

Over the past two decades, China’s investment in Nigerian industries, and especially transport, has offered Nigeria access to capital and expertise for badly needed development, at levels unseen since colonial Britain built African railways. This investment has been accompanied by a broad acceptance among Nigerians of China’s narrative of goodwill, even as a perception of China as a neo-colonial power in Africa has sprung up in other quarters.

Nigeria became a signatory to China's international infrastructure development plan known as the Belt & Road Initiative in 2018. Since then, Chinese diplomats have framed the BRI investments as part of a larger mission of Beijing's support for Nigeria as a nation.

Yet, questions linger about the debt burden Nigeria must take on in return for Chinese financing. For example, China’s Export-Import Bank issued a 1.5 billion USD loan to support the Lagos-Ibadan line in 2017. The Nigerian government aims to repay this loan through profit from passenger and cargo services.

Similar projects in Nigeria built over the past decade have set the tone for Nigerian attitudes toward China. For example, the construction of the Abuja-Kaduna railway, completed in 2016, spiked a positive perception of China by Nigerians who lived nearest to the project. An analysis by Pew Research Center published in April 2021 discovered that “an average of 62% of Nigerians living within 150 kilometers (93 miles) of the project expressed a positive view toward China.”

Nigeria has benefited from a number of BRI projects. The popular ones include the Abuja/Kaduna Standard Gauge Rail Line linking the nation's capital Abuja to Kaduna, a trade centre and transportation hub in north-western Nigeria, the Lagos/Ibadan Standard Gauge Rail Line linking Lagos, Nigeria’s economic capital to Ibadan, the former administrative capital of southwestern Nigeria, and the Lagos/Kano railway, which is an ambitious project connecting the two most populous cities in southern and northern Nigeria. Others include new international airport terminals in Abuja, Port Harcourt in crude oil-rich Niger Delta region and the ancient city of Kano.

Most BRI projects are tilted towards rail transportation. A brief look into Nigeria’s train industry will offer an explanation. 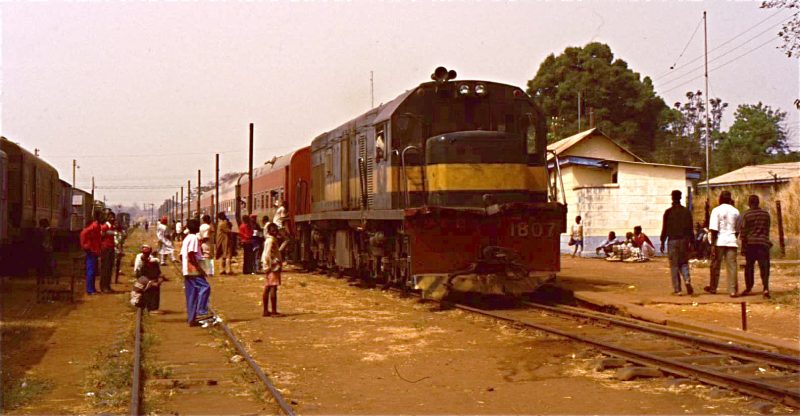 One of the British colonial government's greatest legacies was the construction of an extensive rail route in Nigeria. The country’s 3,505-km narrow-gauge rail network made it easier for the colonial government to transport agricultural produce from the hinterlands to the port, from where they were shipped abroad. 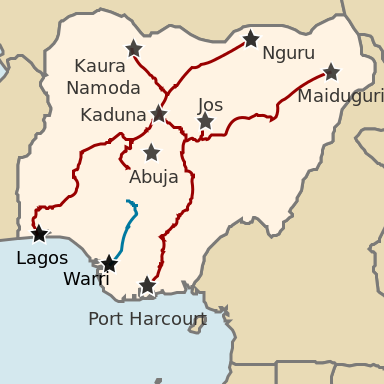 The British managed the rail lines from 1898 till Nigeria’s independence in 1960. However, the Nigerian Railway Corporation (NRC) entrusted with the management and construction of rail lines in the country, ran this colonial legacy aground.

Tokunbo Ayayi, a scholar at the University of Ohio, states that NRC inherited an “old, dilapidated, inefficient and inadequate” network of rail lines. But, successive Nigerian governments did little or nothing to transform the decrepit rail structure. The focus on road development, coupled with unbridled corruption, poor maintenance and absence of government funding for rails resulted in the bankruptcy of the NRC and by 2002, passenger services were stopped altogether.

In the absence of trains, the bulk of Nigeria’s transportation shifted to road and air. However, with increased port inefficiency, congested traffic gridlocks on damaged roads, the return to rail transportation was almost inevitable.

This historical context explains why the Chinese BRI projects are mainly focused on railways. The Chinese get to do profitable business while providing a timely intervention that fills a glaring infrastructural gap in Nigeria.

I used the Ibadan-Lagos train service for the 1st time this last Saturday 8th May. I returned by the 4 o’clock service today.

While I commend the FG on providing this service, I’m appalled at the lack of respect & courtesy for citizens.

The 2 stations are construction yards!

Adegbola was distressed by the absence of any type of “comfortable temporary arrangements” in the Ibadan end of the station. As a result, “ticketing is done under the open skies.” The Lagos end of the station was no different. According to Adegbola, “we had to walk over 100 meters on rail tracks to the station in pitch darkness. My wife almost fell [while] descending the track aggregate ballasts.”

The Nigerian writer Tade Ipadeola has drawn attention to the presence of “silica dust” which he described as a “respirable and a known carcinogen” in the Lagos-Ibadan rail station:

Thread. What @GbenroAdegbola has drawn attention to, and, more importantly, proffered a simple for, is a very serious situation. The dust at this location is silica dust. Respirable and a known carcinogen. Every building within 100m of this site is currently covered. https://t.co/YFsXJ4hypW

In addition, the Lagos-Ibadan railway may lack the capacity to improve economic conditions in Nigeria, according to an investigation conducted by Columbia University BRI scholars Alessandra Laurel Lopez and others. “With a lack of infrastructure connecting industrial parks and facilities to the railway, along with unclear plans for a capacity-increasing dry port, economic spillover attributable to the Lagos-Ibadan SGR is modest at best. A handful of scattered residential developments along the trunk line cannot support a message of regional stimulus to the Nigerian economy,” the scholars assert.

Considering the scope of BRI infrastructural intervention, it is no surprise that public perception of China in Nigeria is largely positive. However, this has not eliminated the misgivings, especially within Western circles, about a perceived attempt by China to colonize the continent, Nigeria included.

During a trip to Nigeria in February 2006, Britain's then-foreign secretary, Jack Straw, remarked that “what China was doing in Africa was much the same as what Britain had done 150 years ago.” This inference to China’s colonization of Africa under the guise of economic investments was also made in June 2010 by Hillary Clinton, then U.S. Secretary of State.

Western pundits have since described Chinese investments in Africa as “the rise of Chinese neo-colonialism” or “China colonising Nigeria.” This narrative is also evident in perspectives forwarded by non-Western opinion makers.

However, the simplistic and populist narrative of colonisation does not capture the many complex layers of Sino-African relationship.

Mary Edel Madeleine Wan Yan Chan, a scholar at La Trobe University points out that China will seek to maintain its strategic national interests in the same way as other global powers. Wan Yan Chan asserts that Chinese investments in the continent are driven by three motivations: the role of Africa’s rich natural resources for Chinese growth, an expanding market for Chinese trade, and an expansion of Chinese soft power that counters Western aid.

A 2014 study by Chinese-based political scientists Jian Junbo and Donata Frasheri revealed that China has neither forcefully occupied any African country, nor does it control the continent’s economic and political systems. The Chinese also presently have no military bases on the continent, unlike Europe and the US. Junbo and Frasheri insist that China is not colonialist, but rather a successful capitalist in Africa.

Rather than new colonisation, Carlos Martinez asserts that the BRI projects may create “the conditions for formerly colonised countries to break out of dependency.”

In 2013, former Central Banker of Nigeria Sanusi Lamido Sanusi, noted that: “China, like the United States, Russia, Britain, Brazil and other global powers before them, came to Africa not to support our interests, but to satisfy its own.” Many Nigerians often view proposals from the West as not only lacking but more often framed in condescending paternalism.

At the same time, Africa’s main value proposition lies in building critical infrastructure that will drive development, argues Sanusi. These investments are essential for Africa’s development, which could in turn wean her off development dependency from both Western and Eastern foreign powers, although misgivings about Beijing’s BRI as a form of economic colonisation should not be dismissed.

According to a survey, China was ranked as “Africa's most beneficial partner”.

Unsurprising, as US and UK can continue to write zillions of negative articles about the Belt and Road Initiative (which nobody in Africa will read), but the Chinese build visible infrastructure.

With a high deficit of critical infrastructure, propounded by years of neglect by successive governments, Nigerians are mostly grateful to the Chinese for alleviating their affliction. It's no wonder Nigerians have a positive perception of Beijing.