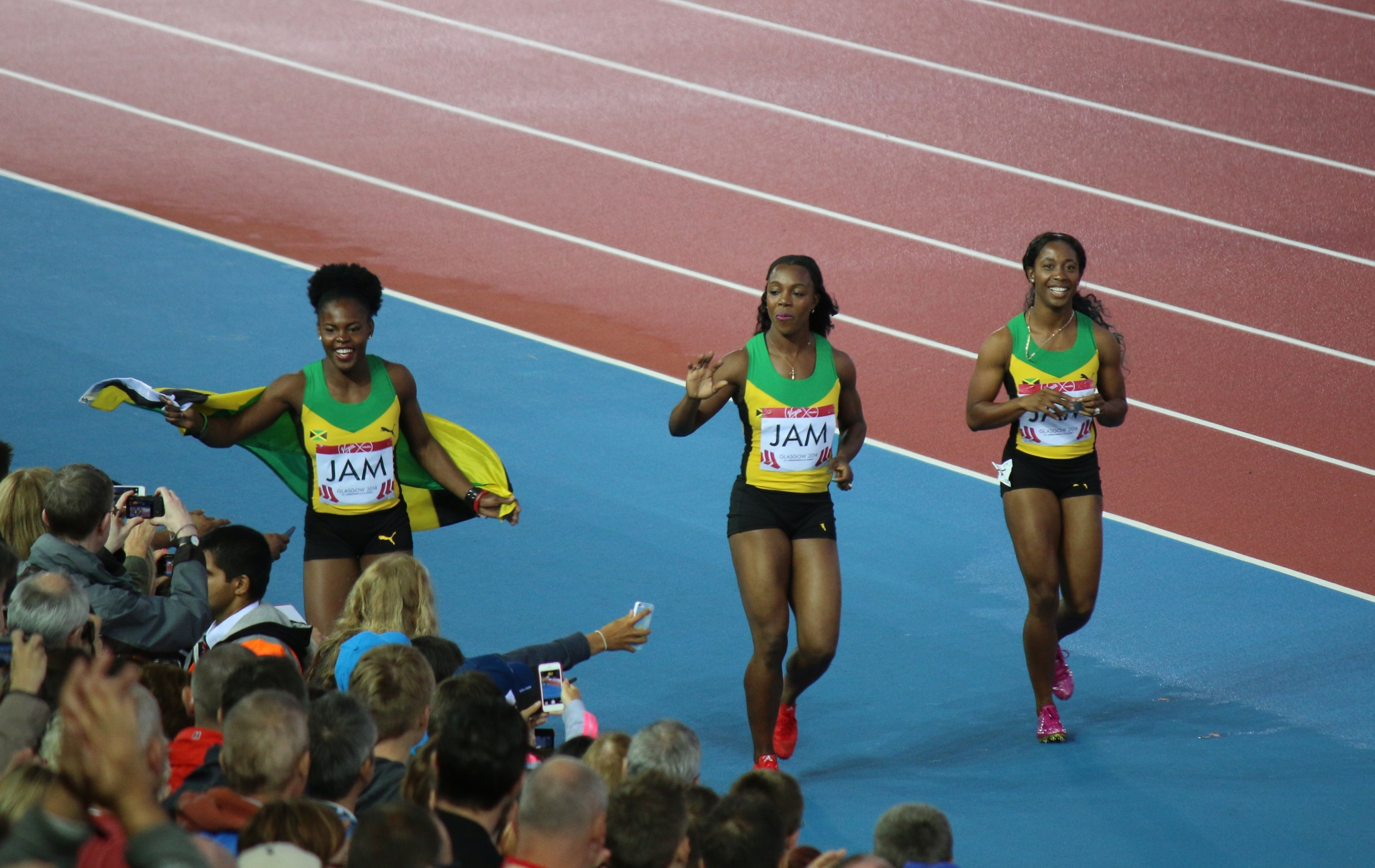 On a warm Saturday afternoon at the National Arena in Kingston, Jamaica, two-time Olympic champion Shelly-Ann Fraser-Pryce [4] became the second fastest woman in history to win the 100 metres, breaking Jamaica’s national record [5] of 10.70 with a blazing 10.63-second run.

The aptly-named “Pocket Rocket” (Fraser-Pryce is just five feet tall), has now acquired the moniker “Mommy Rocket” — the 34-year-old sprinter returned to the track just nine months after giving birth to her son, Zyon, in 2017.

After the June 5 race, Fraser-Pryce tweeted:

When the hard work finally pays off!! So much accomplished, yet so much more to go

She told reporters [7] in Kingston:

I’m at a loss for words because 10.6 has been a dream, a goal. I’ve been working so hard, been so patient and to see it finally unfold, I’m just ecstatic.

This was the world’s fastest women’s 100m since American Florence Griffith Joyner won at the 1988 [8]Olympics in Seoul, where she gained three gold medals. However, many Jamaicans discounted the late “Flo-Jo’s” record, citing her alleged drug use [9] during this period:

Now third on the all-time list, retired American sprinter Carmelita Jeter, who had held the record since 2009 with a run of 10.64 — and whom Fraser-Pryce has regarded [12] as her toughest rival — tweeted her congratulations:

I just woke to some amazing news. @realshellyannfp [13] has done it again. I give credit when it’s due. You have come back from having a child and showed the world how talented and driven you are. You are officially the Fastest Women Alive. Keep motivating these young Queens #CoachJet [14]

#Shelly [22] is a fine example of what talent, discipline and determination may achieve.

We are proud of our global Ambassador ??.

Fraser-Pryce, from the inner city Kingston community of Waterhouse [27], is enormously popular in Jamaica. An engaging yet unassuming personality, she is admired as a hard-working athlete. One of her fans summed up her determined nature:

Shelly-Ann came back from a toe that was giving her some serious problems. GRIT, discipline, focus, pure in spirit, humble… must succeed!

Seen as a role model by many Jamaicans, Fraser-Pryce is also a goodwill ambassador [29] for UNICEF Jamaica. She has been using the platform to advocate [30] for Jamaican children and mothers, often sharing motivational messages for women:

Running is easy, but Motherhood is a separate sport of its on. Celebrate all the women in your lives, they deserve it!! #happymothersday [31] #mommyrocket [23] pic.twitter.com/H56iZGMV7q [32]

Fraser-Pryce is now focused [34]on Jamaica's National Trials and beyond that, the upcoming Olympics in Tokyo. Meanwhile, family always plays an important role:

“Mommy” is the best title I could have ever earned. pic.twitter.com/VDF7uZ4WGV [35]

Whatever happens, Jamaicans know that the sprinter, who is not planning [37] to retire just yet, will continue to make them proud.