Around 7,000 police officers were deployed to stop crowds gathering for the commemoration 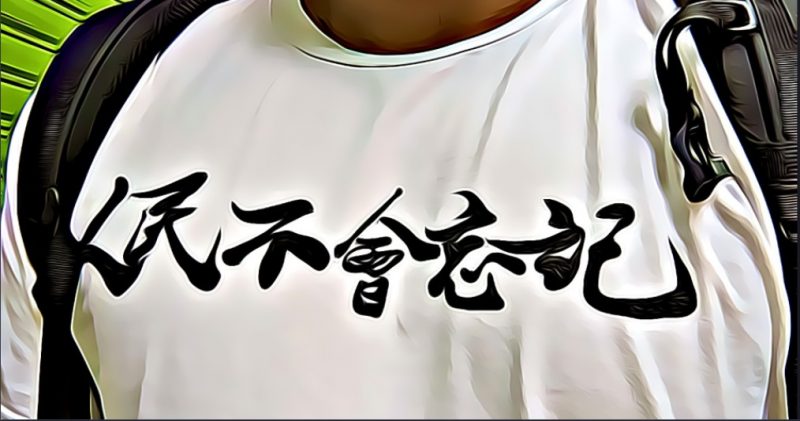 Hong Kong police on June 4 deployed 7,000 officers in Victoria Park and across the city to ensure that there was no organized commemoration of the 1989 Tiananmen Massacre in public spaces.

#HongKongPolice will deploy 7,000 officers at Victoria Park and across the city on #June4th to stop HKers from commemorating the 1989 #TiananmenSquareMassacre. People wearing black, chanting slogans or holding candles may be arrested. https://t.co/KNHU1imGuf#AppleDailyENG pic.twitter.com/sTpjj5sCFD

At 7:40 am, four police officers arrested democracy activist Chow Hang-tung outside her office building to prevent her from heading to Victoria Park. There have been no reports indicating that she has been released.

In 2020, Hong Kong police banned the event for the first time, citing anti-coronavirus measures. Victoria Park is the park where the vigils were held.

Her crime? Standing up for justice. https://t.co/IF8Z1BHvey

Chow is the vice-president of the Hong Kong Alliance in Support of Patriotic Democratic Movements of China (HK Alliance), the group that organized the annual vigil.

She told press that she would go to Victoria Park on her own and light a candle on June 4, despite the threat of jail time for “inciting illegal assembly”.

Lawyer and activist Chow Hang Tung is fighting to keep the memory of the 1989 Tiananmen crackdown alive in Hong Kong, despite facing possible imprisonment for publicly commemorating the event https://t.co/LhBGNiIBvV pic.twitter.com/ps447HiilX

At least 24 pro-democracy activists were charged with participating in last year’s unauthorized vigil, of whom four have been sentenced to jail terms up to 10 months.

The others are awaiting trials and sentencing.

Hong Kong Secretary for Security John Lee warned that under the Public Order Ordinance, offenders could face up to five years in prison for attending the vigil, or up to one year for promoting it.

He argued that the organization's mission statement, which calls for the end of one-party dictatorship, is in violation of the law, since the Chinese Communist Party's dictatorship is written into the Chinese constitution.

On June 3, Executive Council member Ronny Tong warned that people wearing black clothing and chanting slogans such as “end one-party dictatorship” could be prosecuted for violating either that law or the law against unauthorized assembly.

It would not matter if protesters appeared in different parts of the city, as long as their actions could be viewed as coordinated, Tong said.

He did however state that individual commemorations of the anniversary were not forbidden.

As police mobilised across the city to prevent potential demonstrations, law enforcement units and pro-Beijing groups harassed the public in order to prevent them from attending other potential commemoration activities – even those being held in private venues.

As churches offer a safe space for people to remember June 4th, banners are going up outside their premises: “Cult invasion of faith. Antichrist, fake messiahs. Chaos in the name of worship. Subversion of religion, blood on their hands. Churchgoers be aware of violating the NSL.” pic.twitter.com/3HAGOZkJoi

On June 2, HK Alliance announced that its June 4 Museum had been shut down after officials from the Food and Environmental Hygiene department accused it of operating as a place of public entertainment without required licences.

Hong Kong’s June 4 Museum has closed temporarily over questions about its license. The space opened a decade ago. It is dedicated to commemorating victims of China's 1989 military crackdown on pro-democracy protesters in Tiananmen Square. pic.twitter.com/LmeT2nI4tp

In spite of all the legal threats, individuals are finding their own ways to commemorate the anniversary in public.

On June 3, a group of artists put on a public art performance at Causeway Bay:

#hk – a group of artists carried out acts in memory of #june4 at Causeway Bay, the night before the banned vigil pic.twitter.com/TuagG7t79t

A number of individuals went to Victoria Park to hold “one person vigils”:

#TiananmenSquareMassacre ：A few people gather at Victoria park to commemorate the 1989 Tiananmen Massacre on the eve of June 4.

A large number of June 4 posters were seen in different districts across the city today.

Many citizens wore clothes that conveyed political messages. They said on social media that they planned to light candles at 8 p.m, regardless of where they were in the city. 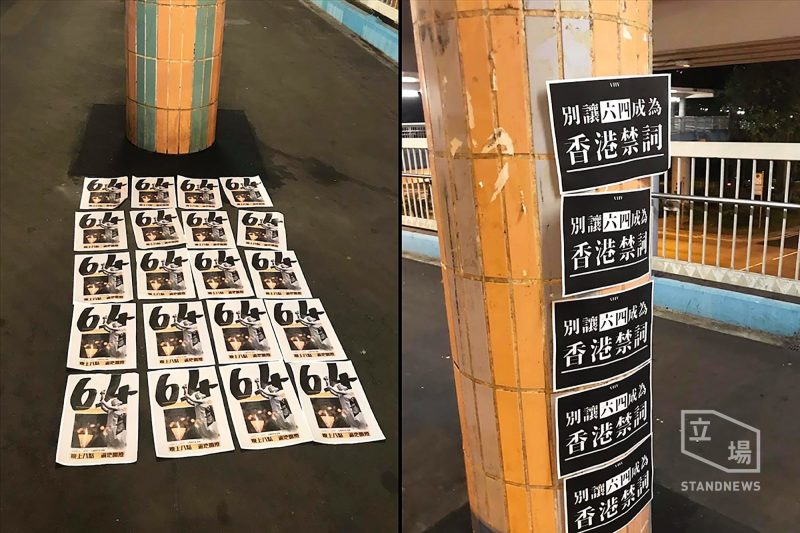