‘We have to find something in ourselves': Vincentian photographer Nadia Huggins on the fallout of La Soufrière 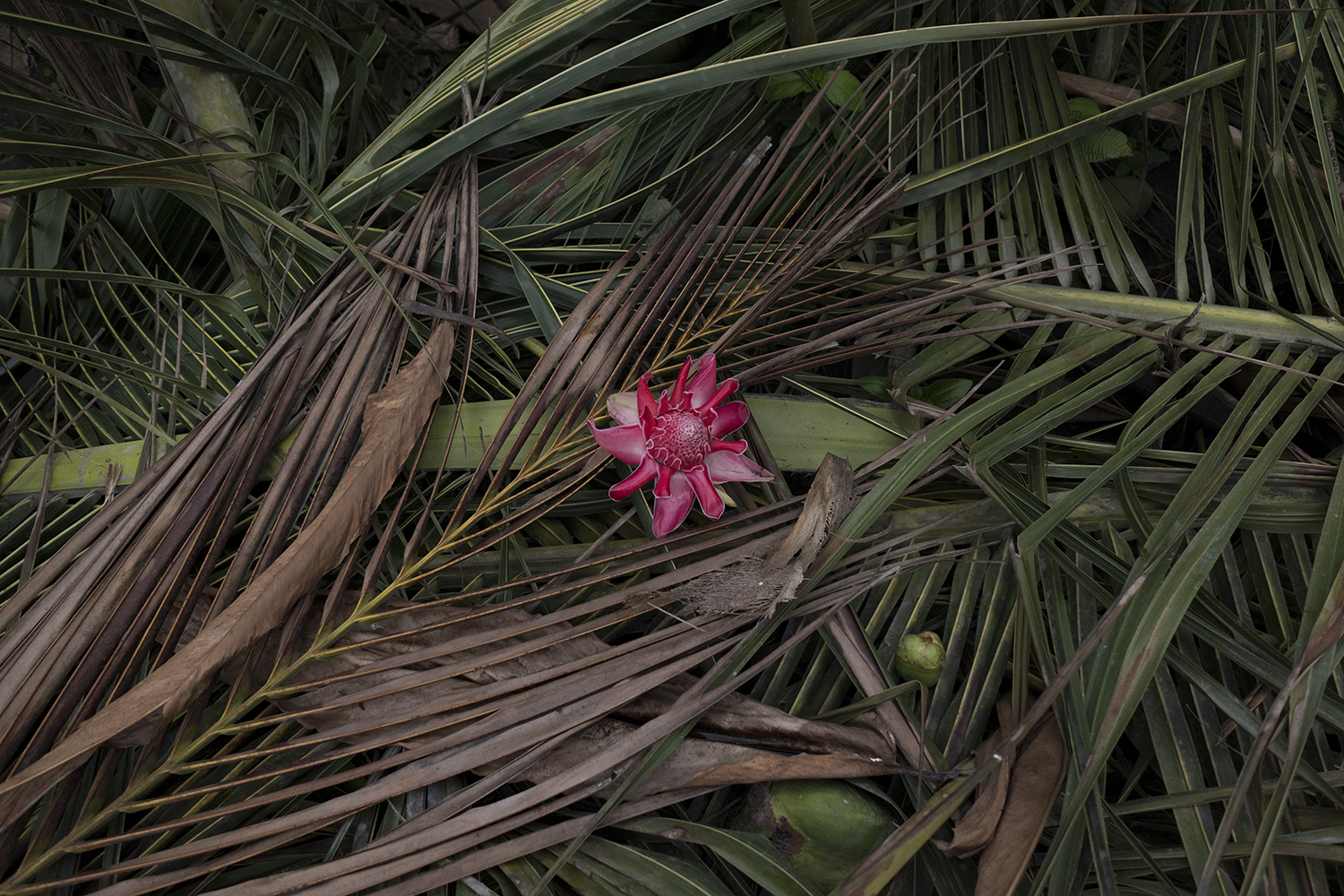 The heavy rains St. Vincent and the Grenadines experienced towards the end of April helped bring plants back to life. Photo of a torch lily in the orange zone (May 6, 2021) by Nadia Huggins, used with permission.

Ever since St. Vincent and the Grenadines’ La Soufrière reconfirmed its status as an active volcano on April 9, the country's alert level has been vacillating between red and orange as the effects of the eruptions, ranging from displacement to health risks caused by ashfall, take a heavy toll. 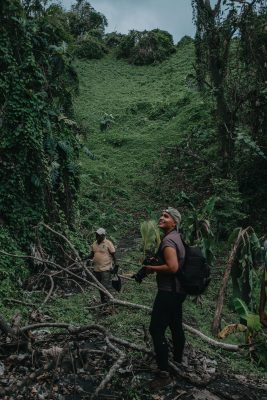 In this second instalment of my two-part interview with photographer Nadia Huggins (you can read the first part here), who has been documenting the event, as well as posting educational information about ash safety, mental health and links to relief organisations, on her Instagram page, we pay homage to photos taken after La Soufrière's 1979 explosion, discuss the areas in which people still need assistance, and explore what resilience means in a Caribbean context.

JMF: It was quite incredible to see the photos of the volcano's dome that you had taken back in 2019. Looking at them in the context of the 2021 eruptions, what do they say to you now?

NH: That we're not in control of anything. I haven't been up to the volcano as yet, but some people have photographed it and obviously it's just grey, gravel, steam…it just goes to show that everything changes at some point; nothing remains the same. It's like a lesson, ultimately, in our lives. We just have to go with the flow and embrace what happens. Natural disasters will happen in the Caribbean; we just have to find ways to adjust and adapt, unfortunately. Even in the midst of that, there's still a lot of opportunity to reimagine [things like] building homes, where we settle; I think we really need to get into problem-solving mode now. I see it as an opportunity for a lot of growth.

JMF: Many of your images capture the everyday struggles people have been facing: a reliable water supply, being displaced from their homes—in a really personal way. What are some of the areas in which people need long-term assistance?

NH: Construction, mental health and education to me seem paramount. We already had a mental health system that wasn't very reliable, so I think we need to start figuring out how we're going to put those systems in place. Maybe it's just a matter of setting up organisations that come here specifically to deal with the fallout of disasters and how it impacts people's lives, and help them face that trauma in some way.

You know Caribbean people: something traumatic happens and they just laugh it off and power through, but there are lasting effects and we don't realise that we're bringing our suffering and pain onto other people in the process. [In terms of rebuilding], immediately what needs to happen is major ash cleanup, bulldozers to clear the roads. The road to Sandy Bay [in the red zone, home to the island's indigenous Garifuna community] is crazy. I was so shocked! I mean, that road was horrible before and they get neglected [by government] so I don't know what's going to happen to them.

JMF: Your images speak to resilience, though. The ash drawing of the Garifuna chief had a really profound effect on me, as did the dominoes photo and shots of new growth sprouting from ash-covered vegetation. Why is it important to you to photograph a narrative of hope?

NH: We don't want to live in a state of panic and depression for the rest of our lives. We'll never get anything done in that state. I'm not saying it's not important to grieve, of course it is, but if [disaster porn] is the type of imagery I have to share to get people to be empathetic and help people, then I think we don't have our priorities straight. It's also important for future generations to see that this is how people in the Caribbean dealt with [hardships] and there is hope—a way for us to come together in communities, help each other and just keep on pushing forward. We cannot always depend on international aid and our government to do the work; we also have to find something in ourselves [..].

JMF: The infrared series was especially impactful. Tell us about the significance of the history of infrared photos in the wake of La Soufrière's 1979 eruption, and why you wanted to do this homage.

NH: Dr. Kirby was one of our main historians. I'd actually put together a photography exhibition of images from the 1902 and 1979 eruptions [and] he contributed a couple of infrared images, done in a similar way. It's a kind of scientific method to figure out where vegetation growth is. There was something striking about it to me because you wouldn't expect to see an image [like this]— landscapes are green, obviously—and I felt like he was an important figure […] he had done a lot of research with Garifuna people, trying to preserve our history and I think a lot of times we forget to honour people like that. I wanted to do images in a similar vein, but I was a little hesitant because it is a drastic departure from my usual colour palette. There are other photographers who use a similar technique and there's always the fear of somebody saying you're trying to copy, so I had to make it very clear where those images were inspired from.

JMF: What do you hope your photographs communicate about the need to think and act sustainably, and what's at stake for Small Island Developing States like the Caribbean?

NH: My main focus was really thinking about food security and architecture; to me, they're the most interesting aspects of this whole eruption. I don't know if the images communicate a need for that but I hope that people who have those sort of skills and who are thinking about these things, can use the images in some way to help fortify their own ideas and their projects in the long run.

How do we incorporate design into these landscapes? How are we maintaining what we have without wiping out acres and acres of forest just to build a town because we think it's going to attract the right kind of tourist? How are we working with these landscapes in a way that maintains our own needs?

JMF: Are you considering doing a body of work based on the eruptions?

NH: It's definitely a part of it, but it's not the only focus. I have been documenting the volcano [and its environs] way before the eruption, so there's definitely an arc of something going on; I'm just not quite sure what it is yet.

As is usually the case with Huggins’ photography, the truth will reveal itself.