Twitter vs India: The battle of BJP and Congress over a ‘fake toolkit’ on COVID-19

'Twitter is trying to act as both investigator and judge' 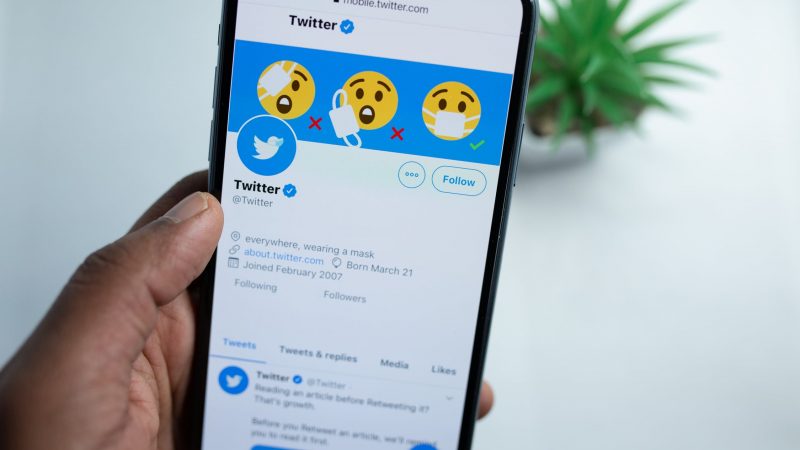 Photo by Solen Feyissa from Pexels. Used under a Pexels License.

On May 24, police visited two offices of Twitter in Delhi and Gurgaon, an action that escalated the feud between the government of India and the social media giant over new IT rules announced last February. According to the Delhi police, the visit was made to serve a notice to Twitter, part of an inquiry into a complaint about an alleged toolkit shared on Twitter that blamed the government for “COVID-19 mismanagement.” The government also sought clarification about why a tweet by Sambit Patra, the national spokesperson of the ruling Bharatiya Janata Party (BJP) had been flagged as “manipulated media.”

In a statement to the Indian government on Thursday, May 27, Twitter expressed concern about the “use of intimidation tactics by the police” and “the potential threat to freedom of expression” for the Indian users.

The government objected to the statement, saying that Twitter was trying to hide its own “follies.” Journalist Roobina Mongia tweeted the letter:

#Breaking: Government condemns #Twitter‘s statement, calls it an attempt to dictate terms to India, seeking to undermine legal system.
Calls for the company to disabuse of grandiosity and calls for ‘constructive dialogue’, and follow the laws. pic.twitter.com/Ykrk5e05VL

The Delhi police have also lashed out at Twitter, saying that the social networking service was “trying to act as both investigator and judge,” though it had no legal power to do so.

Delhi police registered preliminary inquiry at the complaint filed by the representative of the Indian National Congress. Hence, efforts by Twitter that portray it as an FIR filed at the behest of the Government of India is wholly and completely incorrect: Delhi Police

To understand what led to this situation, let us look at the events that transpired in the previous week.

What is the Congress toolkit controversy?

The controversy started on May 18 when Sambit Patra and other BJP leaders started sharing screenshots of a toolkit on COVID-19 mismanagement, allegedly prepared by the leading opposition party, the Indian National Congress (INC). They claimed the toolkit targeted the government of Prime Minister Narendra Modi, as it called the new strain of coronavirus the “Modi strain.”

Friends look at the #CongressToolKit in extending help to the needy during the Pandemic!
More of a PR exercise with the help of “Friendly Journalists” & “Influencers” than a soulful endeavour.
Read for yourselves the agenda of the Congress:#CongressToolKitExposed pic.twitter.com/3b7c2GN0re

However, Indian National Congress denied creating any COVID-19 related toolkits and instead accused the BJP of creating a fake toolkit and spreading disinformation.

BJP leaders then tried to substantiate their claim by presenting alleged evidence showing metadata properties. The documentation comprised two parts, including a four-page “toolkit” mentioning COVID-19 mismanagement and another four pages of research concerning the controversial Central Vista redevelopment project, an ambitious government mega-project that is opposed by many of the country's political leaders and environmentalists.

The project involves redeveloping a 3.2-km area called the Central Vista in the heart of Delhi, the nation's capital, which will demolish several iconic landmarks to rebuild offices and construct a new parliament building. The project is estimated to cost 2.8 billion United States dollars and the research document highlighted environmental and ethical concerns and suggested ways the government could divert these resources towards COVID-19 pandemic management.

Rajeev Gowda, a member of INC's Research Wing, claimed that the BJP showed the metadata of a genuine research document about the Central Vista project and attributed it to a fake one alleging Modi’s mismanagement of the pandemic.

There have been numerous independent efforts to inspect the alleged toolkit:

In this investigation, we will reveal how a pro-BJP Twitter handle talked about a ‘new toolkit’ 10 days before the ‘toolkit’ attributed to Congress was made public by BJP leaders. | @free_thinkerhttps://t.co/GMU60OSLEW

According to reports, the “toolkit” claims by BJP were shared by several ministers and dozens of BJP MPs and leaders, who attacked the opposition Congress (INC) party. Following a detailed investigation citing independent fact checks, Indian National Congress wrote to Twitter on May 19 seeking suspension of the accounts of several BJP leaders. Rohan Gupta, chairman of the social media department of the INC, tweeted:

We've formally written to @Twitter seeking suspension of Twitter accounts of BJP leaders who are indulging in spreading forged documents attributing to Congress.

While an FIR has already been lodged, the independent fact-checkers too have blown the lid off BJP's propaganda. pic.twitter.com/DeVUO585l3

The INC had also lodged a complaint with the Delhi police against several BJP leaders for propagating a fake “toolkit.”

On May 21, Twitter added the label “Manipulated Media” to Sambit Patra’s tweet. Within a few hours, the Ministry of Electronics and IT wrote to the global team of Twitter asking to remove the tag, stating that an investigation by a law enforcement agency was pending after a complaint had been made by a concerned party.

The letter claimed that the tags to certain tweets were “affixed prejudicially” and that the “investigation will determine the veracity of the content, not Twitter.”

Twitter defended its decision by saying that warnings are applied to posts that have been “deceptively altered or fabricated.”

This battle was closely watched by Indian citizens, both by followers and critics, who engaged in lengthy debates. Journalist Rana Ayyub tweeted:

Inquiry against Twitter, targeting international publications & their coverage of Covid 19 in India, veiled threats to journalists who have been reporting the unadulterated truth from the ground. All signs of a Government that finds itself on shaky ground having lost credibility

Twitter is the new East India Company…pretending to defend us natives from our elected govts and then selling us to the largest bidder. It’s above the law. It decides what law to follow, what to defy & what laws will be made. In short, Twitter will decide how India should be run

Up until now, Twitter was trying to frame the debate as if it had a choice. India has done well to shatter that illusion.

On February 25, India introduced new regulations for social media, online news websites, and streaming platforms which required them to implement several systems to moderate content, including hiring local teams to respond to both Indian users’ and government's complaints about content within 24 hours. In a nutshell, these regulations will give the government more power to police online content and to help with police investigations, including identifying the creators.

International social media platforms, including Facebook, WhatsApp and Twitter, were given three months to comply, with a deadline of May 25.

Twitter is yet to comply and has asked for a time extension, while Facebook, WhatsApp and Google have already sent the required information to the IT Ministry.

According to the Twitter Transparency Report for January-June, 2020 period, India sent 5,877 information requests specifying 19,805 accounts and Twitter complied only in eight per cent of cases. In the same period, India produced 5,464 legal demands for content removal citing 29,213 accounts, only 12 per cent of which were accepted by Twitter.

It remains to be seen what action India will take on social media platforms that do not comply with the requirements of the new IT rules.