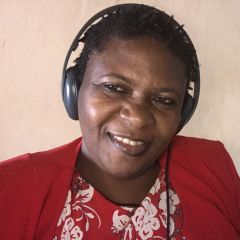 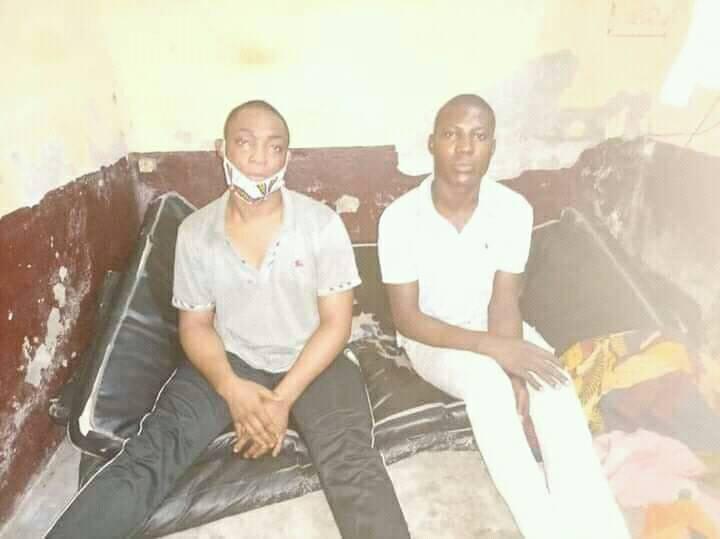 Shakiro, 23, and Patricia, 27, were arrested on February 8 in a restaurant in Douala, Cameroon’s economic capital.

Popular Cameroonian crossdresser, Shakiro, one other sentenced to 5 years in prison for ‘attempted homosexuality’ https://t.co/JLLmvpt34z pic.twitter.com/ZG2DOEUEVx

Failure to pay the fine attracts an additional sentence of one year in prison. 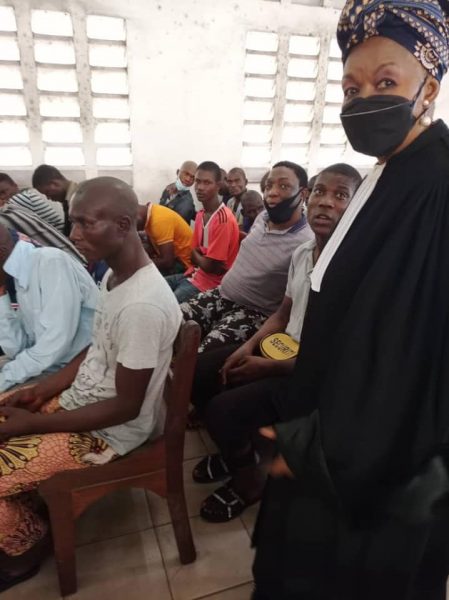 Shakiro and Alice Nkom in court. Image used with permission.

Alice Nkom, a human rights lawyer and the lead defense counsel for Shakiro and Patricia, posted a seemingly infuriated note on a Facebook, on May 12: “Which law punishes trans [women] for wearing a skirt for five years? Nobody should be imprisoned for a simple suspicion; this opens the door to imprisonment without proof?”

Nkom maintained that her clients are innocent according to the Cameroonian penal code, which outlaws “sexual relationships between same-sex people, and only if caught in flagrante delicto [in the very act of committing the misdeed]”, according to the Penal Code's Article 37.

In 2016, Cameroon tightened the law by criminalizing homosexuality in the penal code. One of the changes includes, framing the law in gender neutral terms. Hence, it can be applied to “sexual relations between men and between women”, according to UK-based civil society, Human Dignity Trust.

In Cameroon, Courts of First Instance have civil jurisdiction in cases where charges do not exceed 500,000 CFA francs (about 1,000 USD) fine.

Richard Tamfu, human rights lawyer and member of the defence team for Shakiro and Patricia, told Global Voices on May 17 that Shakiro and Patricia will appeal the sentence. However, a hearing might take between a month or a year, depending on how fast the appeal procedures move through the court, according to Tamfu.

The ruling has attracted international condemnation from rights groups, with conversations overflowing on social media.

Minority Rights Africa described the ruling as “an increasing clampdown on gay and transgender people”:

Transgender women sentenced to prison for “attempted homosexuality.” 23-year-old Shakiro and 27-year-old Patricia have received a five year jail term in Doula, Cameroon, where there has been an increasing clampdown on gay and transgender people. pic.twitter.com/iqPfSnFO7L

African Women in Dialogue shared an online petition to get Shakiro and Patricia released:

Arrested for being Trans in Cameroon and facing a 5 year sentence.

Please sign the petition to get Shakiro and Patricia released! @AllOut https://t.co/rkU3E97oiE

#Cameroon#LGBT ??
“She was a transgender social media star. Now she faces 5 years in prison”, via @washingtonpost https://t.co/LI3Uoilqrv
Shakiro and her friend Patricia, 2 transgender women arrested in Feb in Douala, should be urgently released.
LGBT rights =human rights. pic.twitter.com/4Nhr0VtteZ

The United States embassy in Cameroon called on the government to ensure that individuals enjoy their human rights and fundamental freedoms:

We are concerned about the 5 year sentence for 2 transgender women and the increase in arrests of LGBTQI+ persons in Cameroon. It is essential that governments work to ensure all individuals can freely enjoy the human rights and fundamental freedoms to which they are entitled.

‘I feel good as a woman’ 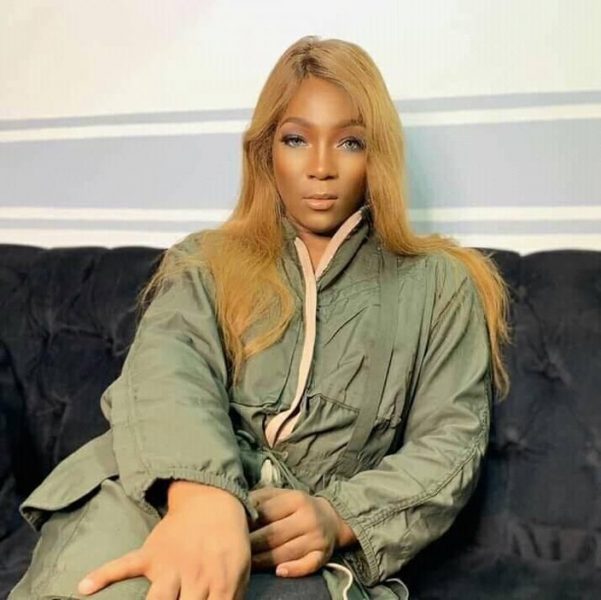 On a popular YouTube video from last year — which attracted about 26,000 views — Shakiro says that she feels “good as a woman.” As a social media celebrity, with about 5,000 Facebook fans, it was not surprising that her arrest, nine months later, made headlines.

But this media attention to her case has also increased the threats to Cameroon’s LGBTQ+ community.

On a phone interview with Global Voices conducted on May 16, O.S. (real name omitted for security reasons), 25, expressed concerns for his safety: “We are exposed to insults, violence, and deprived of free movement, making life difficult for us. We are not as joyful as before, we are hiding,” he said.

“The hate environment is a threat to our lives coming from reactions after the condemnation of Shakiro and Patricia. We don’t feel like normal people, we need help to get out of this country”, O.S. added.

It was not until she left Cameroon that popular LGBTQ+ rights defender Bandi Kiki could openly express her sexuality.

In February 2021, the BBC reported the murder of three LGBTQ+ persons and 27 arrests in Cameroon.

Though there have been issues of shame around the families of LGBTQ+ persons, Shakiro’s father, Nguekam, a retired civil servant, has accepted his child's sexuality and has been supportive.

“My child does not deserve this kind of punishment and has not done anything wrong to be locked behind bars”, the father said in a phone interview with Global Voices.