Why Huawei was almost excluded from the 5G race in Brazil

'How can they [Huawei] be trusted if there is Chinese interference?' 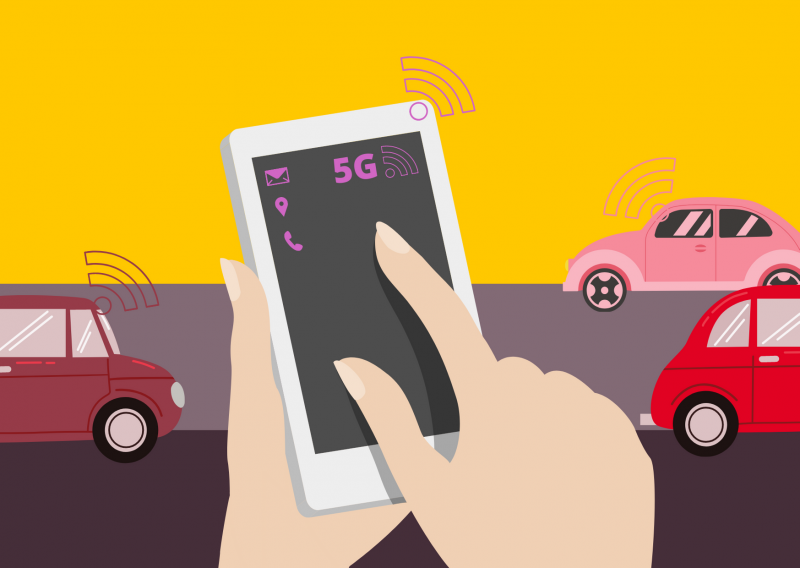 5G is 20 times faster than 4G and can reach speeds of 1 Gigabit per second, which would facilitate the connection between everything that can have access to the network. | Image: Giovana Fleck/Global Voices

Despite a long history of doing business in Brazil, the Chinese technology company Huawei was in danger of being shut out of the bidding process for the development of 5G communications networks in the South American nation, due to opposition from President Bolsonaro’s government.

Bolsonaro backed off from this position in January 2021, although his supporters continue to spread misinformation and agitate against Huawei, making Brazil a more hostile market for Chinese technology.

In March 2021, the Brazilian government announced that 5G would be deployed in all state capitals by July 2022. This has been a long time coming, as the Bolsonaro administration had already delayed the auction of the radio frequencies that will carry 5G networks in Brazil.

Brazil's National Telecommunications Agency, Anatel, authorized guidelines that enable the government to award spectrum for 5G service deployment, and is now awaiting a report from the Federal Court of Accounts (TCU). The court is scheduled to complete its evaluation of the tender in the first half of 2021.

The global infrastructure for 5G is provided primarily by three companies: Huawei, the Swedish company Ericsson, and the Finnish company Nokia. During the Trump presidency Huawei was a main target of US diplomacy. The Trump administration advocated a worldwide ban on the company, which it alleged functions as a spying arm of the Chinese Communist Party, with Trump himself becoming a vocal opponent of both China and Huawei. This view is supported by the ideological wing of the Brazilian government.

Since 5G broadband networks began being deployed worldwide in 2019, countries have been negotiating ways to implement the technology. 5G promises more rapid connectivity for phones and other devices that connect to the internet—the so-called “internet of things”—and has the potential to provide data speeds a hundred times faster than those of its predecessor 4G, according to some experts.

In Brazil, this could mean easier access to the internet for communities living in remote areas, better integration between public services, and improvements in the delivery of education, among other things in both the public and private spheres.

A ban on Huawei?

Huawei has been a major technology provider in Brazil for the past 22 years. The country's biggest cellphone operator, Vivo, reportedly uses Huawei's 3G and 4G technology in 65 percent of its networks. Claro, the second largest operator, acquires 55 percent of its equipment from Huawei, and Oi, the third largest, 60 percent.

Despite this long relationship, in December 2020 the Bolsonaro government was reported to have been searching for a legal way of barring Huawei from building 5G networks in Brazil. The idea was to limit Huawei's influence by allowing them to participate only in local 5G auctions, not national ones. The motivations behind this thinking are unclear, but Bolsonaro's strategic alignment with the Trump administration may have played a part.

President Bolsonaro eventually realized that attempts to block Huawei from on 5G were self-defeating. If Huawei were barred from participating in the auction, the company would have to stop providing 3G and 4G equipment to Brazilian companies, resulting in potential billion-dollar losses. Also, with the departure of President Trump from the White House, Bolsonaro lost an ally in the 5G dispute.

As the newspaper O Estado de S. Paulo also pointed out, as China is Brazil's largest trading partner and Huawei would compete on cost, Bolsonaro would have faced opposition from the technology industry and within his own government, including from Vice President Hamilton Mourão. Mourão represents Brazil on the Sino-Brazilian Commission on High Level of Consultation and Cooperation (Cosban) and enjoys a closer relationship with the country than the president, often smoothing the relationship between China and Bolsonaro supporters.

In China, this shift was seen as a sign that the Brazilian market has adopted a relatively open attitude towards 5G development.

In an interview with the Chinese media company Yicai, Yue Yunxia,​​ director of the Economic Research Office of the Latin American Institute at the Chinese Academy of Social Sciences, responded to the announcement of the new 5G auction rules, saying: “The release of these rules provides conditions for Huawei to participate in Brazil’s 5G construction in the later period. As the largest economy in Latin America, Brazil’s choice is also a stepping stone for the Latin American market”.

Yue also said that Brazil's actions showed that the impact of the “noise” surrounding China and 5G, such as US influence and concerns over national security, had weakened.

Back in June 2019, Brazil's vice president said that the government was unlikely to block Huawei's involvement in the country's 5G deployment. According to Anatel, Huawei had met the same security requirements as Nokia and Ericsson, and if the telecoms agency had decided to ban the company it could result in a protracted legal dispute with the country's own telecommunications companies.

But Bolsonaro's main associates, including his son Eduardo, who is a congressman, continued to condemn the Chinese company, citing probable interference in the company from the Chinese government. In an interview with the newspaper O Globo, Eduardo Bolsonaro asked the question:

For a military partnership with the United States (…) how can they [Huawei] be trusted if there is Chinese interference?

An example of the post circulating in Facebook Groups. The caption could be translated as:”Bolsonaro SURPRISES the world once again/First, was the vaccine factory's built-in ABSOLUTE CONFIDENTIALITY/And now with another FANTASTIC SURPRISE, also in secrecy, a 5G TECHNOLOGY factory appears on Brazilian soil, frustrating and ending the controversy that Brazil would adopt HUAWEI CHINESE 5G./How can we not support the Messiah?” Photos: screenshot from Facebook

But even though the debate about Huawei appeared to have been settled at government level, Bolsonaro's supporters have continued reinforcing anti-Huawei narratives on social media.

In April 2021, a viral message spread on Facebook groups, Twitter, and Instagram, claiming that President Jair Bolsonaro had “surprised the world once again by creating a 5G technology factory in Brazil.” Some versions of the claim said the plant would be built by Ericsson.

This supposed development was said to have taken place in absolute secrecy and ended the “controversy” about the adoption of Huawei's products in Brazil. The rumor, however, did not mention where in Brazil the factory would be located, or offer any other details about it.

This rumor, in fact, is a distortion of old information. The Swedish company Ericsson had not opened a “new 5G factory” in Brazil but had inaugurated a production line for 5G infrastructure equipment inside its existing factory operation in São José dos Campos in the state of São Paulo.

There was also no secrecy involved: these plans had been announced publicly in 2019, nor had the project received funding from the federal government.

Canaltech, a Brazilian website focused on technology, interviewed a series of consultants, executives, and experts in communications technology, all of whom stated unanimously that Huawei had a technological advantage over its competitors, as it had been investing in the development and research of 5G for a longer period, and holds a much larger number of patents than the other companies participating in the Brazilian auction.

If all goes to plan, companies should start offering 5G in Brazil's state capitals and in the Federal District by July 2022. Full deployment is scheduled to happen by December 2029, with 100% of the inhabited national territory having access to 5G networks.