A steelpan pioneer and dance trailblazer both made south Trinidad proud 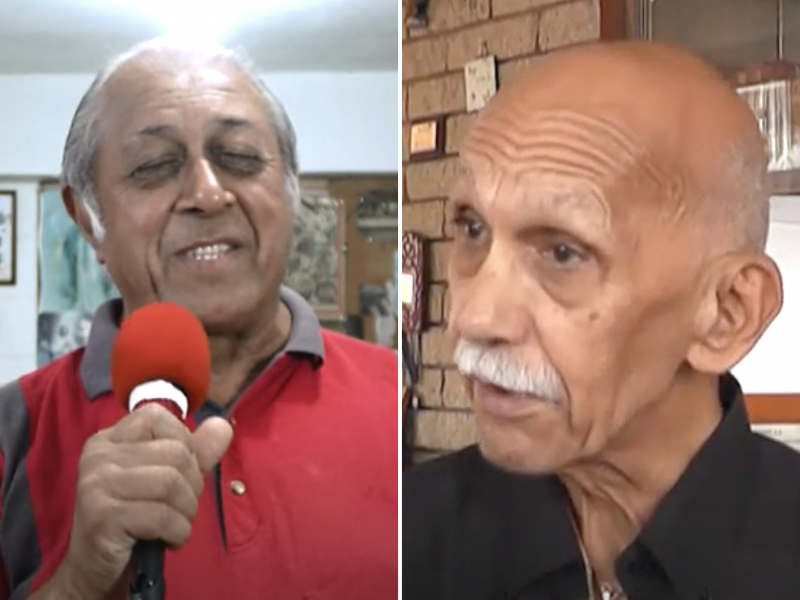 Trinidad and Tobago has lost two leading cultural figures, both from south Trinidad and both on the same day—78-year-old steelpan arranger Lennox “Bobby” Mohammed, who succumbed to complications from kidney failure, and 90-year-old dance pioneer Torrance Mohammed, who died on May 25, one day after falling victim to a violent street robbery.

While both deaths have thrust the country's cultural community into deep grief, news of the latter also provoked public outrage over the country's crime situation. In the context of current restrictions—including a state of emergency—because of an upsurge of COVID-19 cases, the San Fernando mayor said that “in light of the unemployment situation […] people are going to get desperate.” There has also been online discussion about how the country treats and values both its creatives and its elders.

Mohammed had been delivering some home-grown fruit to a friend's house when a man attacked him. His injuries were reportedly so serious that had he lived, there was speculation as to whether he would have been able to walk.

On Facebook, Abeo Jackson noted that Torrance Mohammed was the third cultural figure to be murdered within the last 4 years:

I wonder if we can expect any kind of justice this time around.

This place will break your heart over and over and over again. Our creative community is reminded over and over again how little our contributions and literally our lives are valued. […] We have lost so many, the hurt and grief has been steady and continuous in so many myriads of ways, a community that cannot seem to catch its breath. But something about murder. About the inexplicable violence and then silence of justice or retribution in return. […]

Decades of immeasurable work and pioneering and still, up to this day, mentorship to generations of performers in San Fernando and all of Trinidad and Tobago. But you just couldn't live without taking his gold chain and his life. […]

The National Ballroom Dance Association of Trinidad and Tobago issued a statement on Mohammed's “horrible” passing:

It is indeed a tragedy which speaks to the ignorance of too many of our youth who lack knowledge of our nation's history and who have no pride in or respect for the achievements of our nationals. Mr Torrence Mohammed's warm smile, affable disposition and his indefatigable commitment to the many aspects of Trinidad and Tobago's culture, will remain indelibly etched in our memories.

Who hasn't heard of Mr. Mohammed? Even though you may not know him he is of a respectable age and you would have the audacity to beat him up and rob him!!!? […] Mr. Torrance Mohammed […] proudly called himself “A Student Of Life”. […] He loved sharing his wisdom, knowledge, and understanding.

The person who did this must answer to God. So sorry you couldn't still be here with us, you have done astonishing work over the years and forever your name will be remembered. I know I am not the only one Mr. Mohammed would have empowered when he was with us.

There were many more tributes posted and photos shared on social media. Sharon Burford described him as “a walking encyclopedia of knowledge and our history,” while cultural activist Rubadiri Victor remembered Torrance Mohammed as the “co-architect of San Fernando's cultural Maroonage and Independence,” calling his loss and that of Bobby Mohammed “seismic”.

Having trained under the iconic Beryl McBurnie, Torrance Mohammed was best known for founding the Arawaks Dance Group, reputed for being a “cultural institution” to southerners, and for being a “leading light” in the establishment and development of the San Fernando Arts Council. He also served Trinidad and Tobago and mentored youth in the political sphere, including as deputy mayor of the San Fernando City Corporation.

Sabrina Mowlah-Baksh, who served with Mohammed in local government, observed:

The brutal manner of his death is indicative of so many deeper issues that we have got to get a handle on. There is just so much to express on this. For now I bid farewell to a patriot who served his city with distinction over a lifetime.

Meanwhile, the country's music fraternity paid tribute to Bobby Mohammed, who was both the youngest and the first arranger of Indian descent to win the prestigious steelband Panorama, which pits the country's best steel orchestras against one another at the highest level of competition.

Mohammed took home the most coveted title in steelpan music for the first time in 1965 at the tender age of 22, with his arrangement of Lord Melody‘s song “Melody Mas” for the popular south-based steelband, Cavaliers.

His win also marked the first time that a south-based steel orchestra won the competition. He and the Cavaliers would win the title again, in 1967, playing Lord Kitchener's “Sixty-Seven.” On two other occasions, the band placed second under Mohammed's leadership.

The Facebook group When Steel Talks remembered Mohammed as “the consummate gentleman” of steelpan's golden era: “Thoughtful, humble, courteous, spiritual, disarming, likeable and extremely thankful for all that he has accomplished, and has been through in his association with the steelpan instrument.”

He struck fear in the hearts of his Northern counterparts with his rumbling basses, sustained, punctuating crescendos, dramatic dynamics and abrupt stops, where the band would be reintroduced by his sounding of the bell. His style was difficult for competing bands to contend with.

He did not limit his skills to Panorama […] he took his band to the Steelband Festival the following year at Queens Hall placing 3rd, impressing the foreign adjudicator Professor John Russell, who was amazed that Bobby could not read music.

He was instrumental in developing what is defined as the sound of the ‘south bands’. He fashioned a Panorama ‘Bass movement’ that uses pauses and sudden drops. His use of dynamics and drama in the Panorama setting was original and remains a common approach today.

Mohammed was also an accomplished pianist—in addition to his eight albums of steelpan music, he recorded three piano-centric CDs. For his musical contribution to Trinidad and Tobago, he was honoured with national award, the Hummingbird Medal (Gold) in 1992.

While the San Fernando City Corporation had named a street along the popular and centrally located Harris Promenade after Bobby Mohammed three years ago, plans for a similar tribute for Torrance Mohammed were delayed due to the COVID-19 pandemic.