Will the Indomitable Lionesses of Cameroon ever roar again on the football field?

The national football team, once a force, sets to rise again. 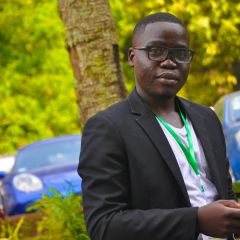 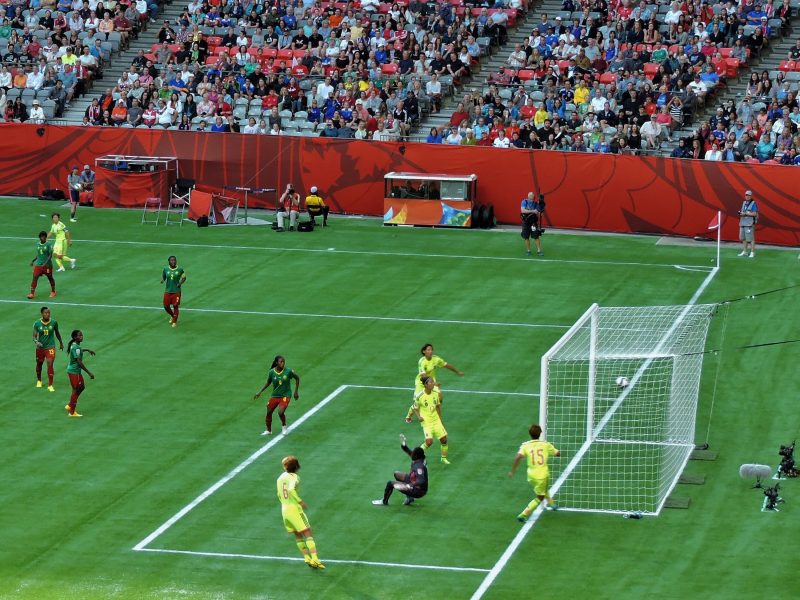 In 2015, when Cameroon’s female national football team the Indomitable Lionesses rose to fame during their maiden FIFA Women’s World Cup in Canada, the team looked set to conquer the continent and exert its dominance on the global stage. Despite its exit in the round of 16, the team scored a major win over Switzerland, becoming only the second African team to beat a European team in the tournament.

But six years later, the Indomitable Lionesses — the 2016 runner-up of the Africa Women’s Cup of Nations (AWCON) — have yet to win an AWCON trophy, despite being labeled a powerhouse on the continent and having played in the World Cup twice in 2015 and 2019. Any hope of repeating their strong performance during the 2019 World Cup in France was short-lived when they lost to England and ended the tournament in 15th place, four spots lower than their 2015 performance.

Scenes of Cameroon's women's national team collapsing on the turf with anguish and regret have become commonplace. The team was once an enviable sight to watch with a very decisive and high standard display.

Helena Emako, a young journalist, has been a fervent supporter of the Indomitable Lionesses since 2015 when she first heard about the women’s national team. Since then, she has been following them with keen interest.

“I used to stay up late to watch the Lionesses play during the World Cup in Canada. I remember my friends and even my parents asking me about the scores of the game each day. It was fun. I have missed such moments,” Emako said as the beaming smile on her face faded out.

Such assurance that once inspired fans to crowd stadiums to watch them play has gradually faded.

Recently, the team failed to qualify for their second Olympic Games in Tokyo Japan, after losing to Chile on a 1-2 goal aggregate during a two-legged inter-continental playoff. They lost to Zambia during the Confederation of African Football (CAF) qualifiers.

The defeat only adds to a long chain of despair they have had to deal with in other competitions, like the AWCON and the World Cup.

So, what went wrong?

With the qualifiers for next year’s Africa Women Cup of Nations coming up from October 18 to 26, Cameroon looks forward to ending its fruitless run in the competition.

Cameroon will surely need real confidence and verve to change the narrative. Their current predicament is not a scenario fans and sports buffs would have imagined some years ago.

Figuring out what went wrong

Bernadette Anong, former captain and deputy head coach of the Indomitable Lionesses, is convinced there is a happy ending in sight but insists the team needs an upgrade on several fronts.

Speaking to Global Voices in an exclusive interview via a telephone chat, Anong said the team’s approach to training needs to be revised. “If you have quality preparation, there are chances to win a trophy. The more you prepare well, the more you increase your chances to make it to the top,” Anong said.

The team has craved medals as confirmation they are continental giants for far too long, and Anong pointed to various factors leading to the lack of medals. “Without finances, we can’t set some lofty projects for the team to be able to increase the knowledge of the game physically, tactically mentally, and psychologically,” she said.

Nonetheless, Anong asserts that winning a medal is important as a coach because “such glory brings joy and happiness.”

“It is pleasing to know that the work you have done with your team has paid off,” Anong said. “Somehow, we feel that pressure. We want to make it. We want to write the story. We want our country to make it. It is very important.”

However, according to Anong, there is more to hope for because “before we did not have a worthy championship, but today we have one,” referring to the Cameroon women's first division championship that has witnessed a steady growth. “I think it will help us to rectify some of our mistakes to restore our dominance,” she said.

Still, another challenge remains. A majority of the players who last came close to winning the AWCON have not played for the national team since, including top scorer Madeleine Ngono Mani-Cameroon, defender Christine Mani and Annette Ngo Ndom.

Cameroon's women's team is ranked 52nd, according to the latest report on FIFA Coca-Cola World ranking. The team is also blessed with world-class talents like Nchout Njoya Ajara of Atlético Madrid in Spain, and Gabriel Aboudi Onguene of CSKA Moscow. There is also a cast of newly found Cameroonian talents on the books of several European clubs.

Cameroon has featured at the Africa Women Cup of Nations (AWCON) a record 12 times. The team has never won, but it has made it to four finals in 1991, 2004, 2014, and 2016. They are only one appearance away to match South Africa’s record of five appearances in the final.

Like the Lionesses, several other African nations have yet to taste continental glory. South Africa and Ghana have come close but were unable to conquer. Only Nigeria and Equatorial Guinea have claimed trophies at the AWCON.

Journalists like Emako and many other Cameroonians are concerned about the string of losses that have tragically befallen their team. Cameroonians are rarely accustomed to celebrating victories of any type, except it comes in the form of football medals.

In 2016, Cameroon hosted the AWCON and came close to winning but was denied the trophy by arch-rival Nigeria in the final. The same heartbreak happened in 1991, 2004, and 2014.

Bernadette Anong has experienced defeat in two equally painful ways. She was denied the trophy both as a player and as a coach.

“The team has witnessed tremendous growth over the years. When I was a player there were no categories. Today, we have several of them; the Under-17, Under-20 and the senior squad. They also receive a lot of preparation before a major tournament. During our time, it was not easy to have,” Anong remarked.

Anong is hopeful that things can change for the better in the foreseeable future. She is upbeat that Cameroon can challenge Nigeria’s football hegemony. This will help Cameroon enter the records of winners and make up for their losses on previous campaigns.

She believes the future is promising, especially with the evolution of women’s football in Cameroon, which presents more opportunities to play and grow. Referring to the need for more international friendlies, Anong insists that “the Lionesses need more competition. They need to be competitive. We often wait for official matches or competitions to start preparing. We need to make use of such opportunities, to boost the girl’s performances.”

If Cameroon wants to truly shine on the continental and global scene, there is certainly the need to fill the vacuum some players will leave behind – or have already left. Although most of the rising talents play for League One Clubs in the country, their role in guiding the squad to prosperity remains indispensable, she said.

Cameroon’s first stop to obtain glory begins next month when the team faces the Central African Republic in the first round of the 2022 Women's AFCON qualifiers. This game will determine which team qualifies for the second round qualifiers and then the finals of the AWCON 2022 in Morocco.