Jamaican bees are beautiful—and their survival is crucial

The country has 69 different types of bees, honey-makers and pollinators 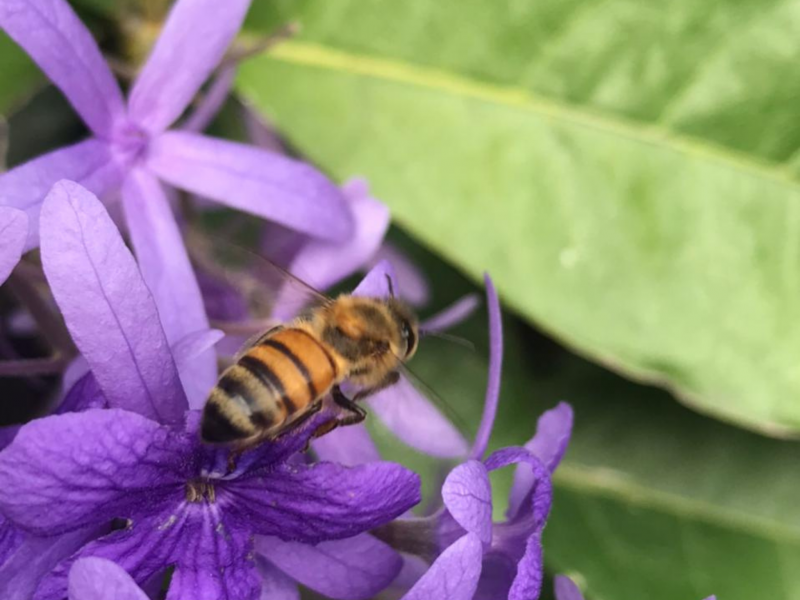 This post was first published on Petchary. An edited version appears below.

With honey being the valuable product and amazing food resource it is, with proven anti-bacterial and sleep-inducing properties—not to mention its soothing and restorative qualities if you have a cold or the flu—beekeeping has been steadily catching on in Jamaica for some years now. 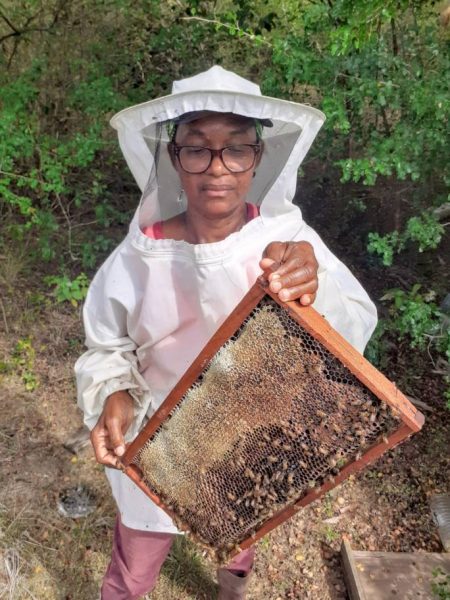 Women, especially, have been empowered through increased training in beekeeping, offering an alternative source of income during the pandemic and developing skills that will serve them well beyond it. In fact, the new president of the Westmoreland Bee Farmers Society in Bluefields Bay on Jamaica's southwest coast, is a woman. With the species threatened by man-made impacts and the need to protect these important pollinators being made more acute, bee knowledge has been increasing, both through observation and via online webinars like this one, hosted by the Natural History Museum of Jamaica (NHMJ).

This renewal of interest is rather timely, in the context of both Jamaica's long history with beekeeping and the urgent threats to bee populations. There are estimated to be as many as 69 species of bees in Jamaica, with the NHMJ’s zoology collection containing approximately 500 specimens across 40 of these species. 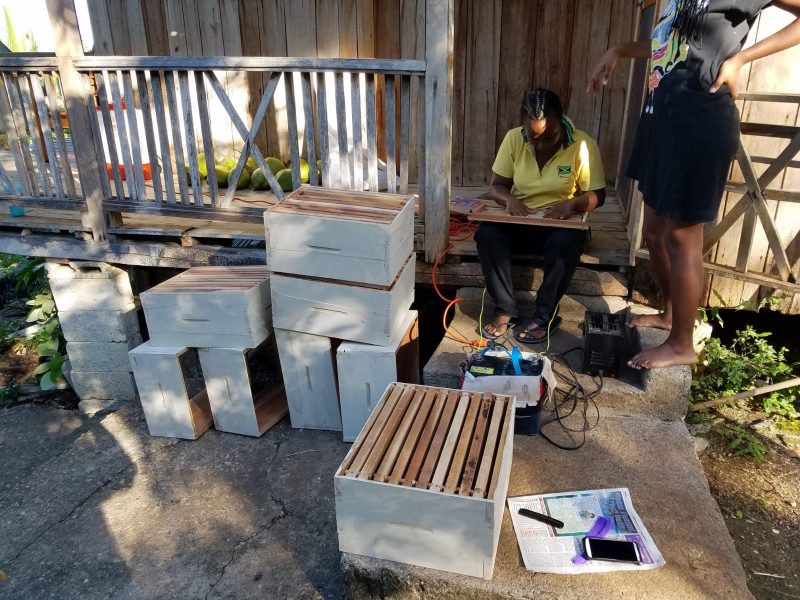 Interestingly, there is a growing number of beekeepers in both rural and urban areas. One young inner-city entrepreneur, Adrian Watson, has been a trained beekeeper for several years; he rears the well-known western honey bees (Apis Mellifera), but Jamaica has far more solitary bees, which are important pollinators. Watson's Honai Beez Apiary is planning a pollination project that includes an urban beehive, aimed at training new beekeepers and raising awareness of the importance of bees in schools, the private sector and beyond. He hopes to train unskilled young people in beekeeping and is developing sustainable beehives made from bamboo. 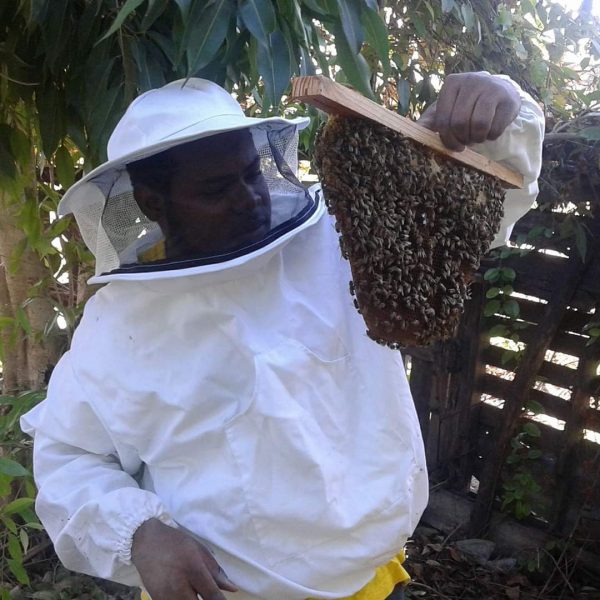 A seasoned environmental and climate change campaigner, Watson also advocates for more green spaces in vacant lots in Kingston, the capital, where he lives. These are the areas he has pinpointed for the urban beekeeping activities that are so badly needed for long-term environmental sustainability. The average beehive typically houses about 30,000 bees.

Honey bees are as varied as they are interesting. Their colouring varies from predominantly black, to tan or yellow, depending on their lineage. The British black bee, for instance, is known for its irritability, whereas the New Zealand yellow bee is very docile. Each strain has different properties—fecundity, nectar gathering, longevity—and a good beekeeper will try to breed them for purpose.

Keeping in mind that a queen bee may mate with as many as a dozen drones, various colour combinations may emerge. This is one of the reasons that black bees are less common than tan bees in Jamaica. Either way, they are fascinating creatures, and their pollinating activities make them critical to our survival. Here are some of the most common Jamaican bees in action … 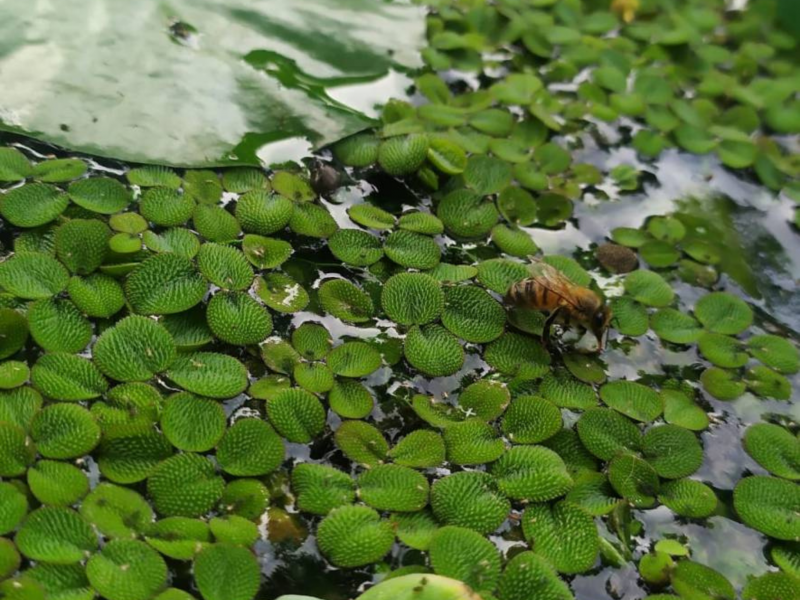 A bee sips water while precariously perched on a plant in a lily pond. Photo by Tracy at Senti Bees, courtesy Emma Lewis, used with permission.

Local bee experts explain that bees use water to control humidity and temperature, and also to dilute honey for consumption by themselves and their larvae. They take the water back to their hives, since temperature and humidity have to be precisely maintained for the well-being of the colony. This is why you sometimes see bees fanning at the hive entrance: the evaporation cools down the residents. 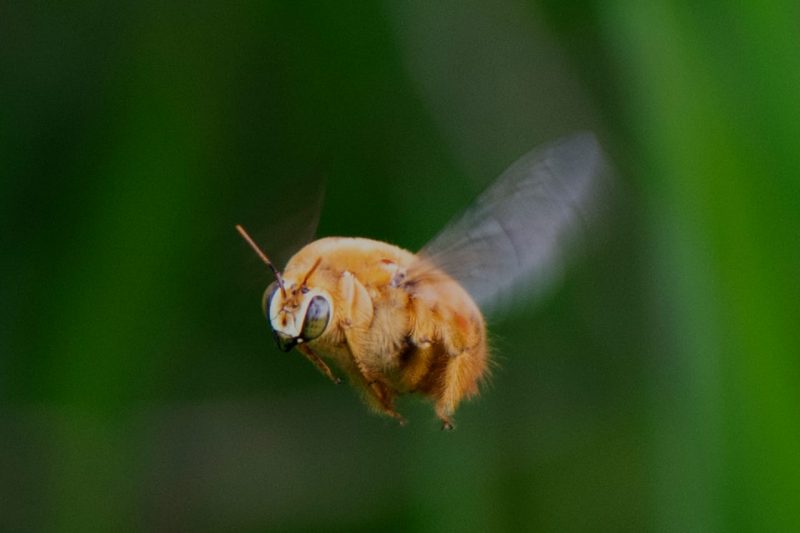 Female carpenter bees tend to be black in colour and enjoy the flowers of the moringa tree. 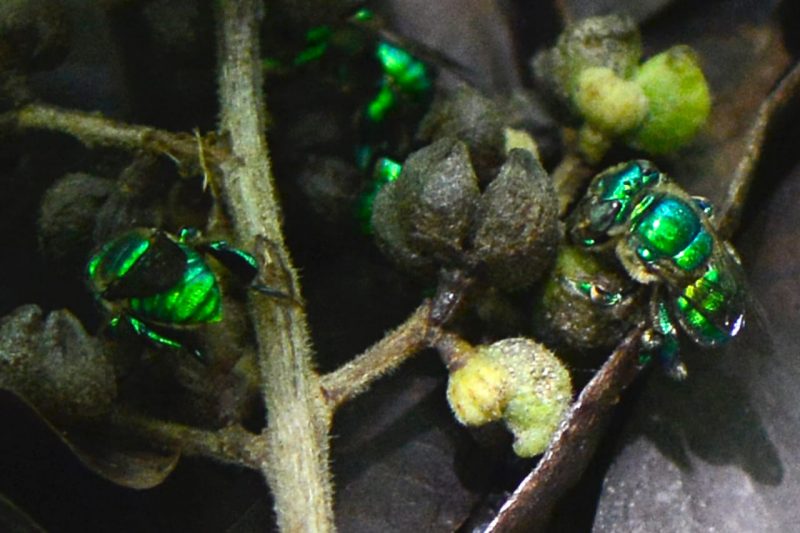 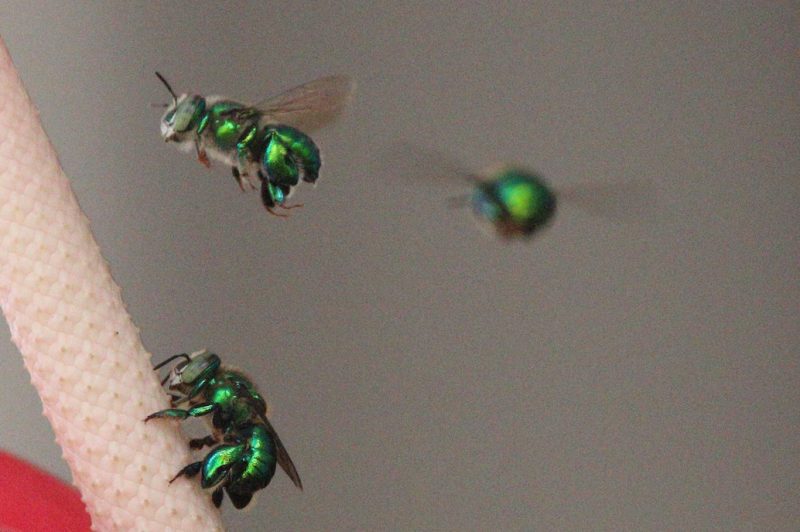 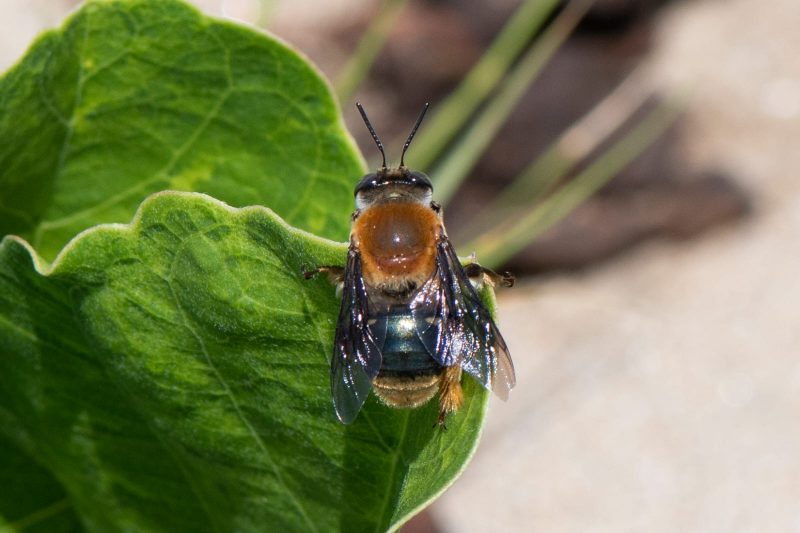 This particular native bee, spotted foraging on morning glory flower at a beach in Parottee, St. Elizabeth, is likely of the genus Centris. 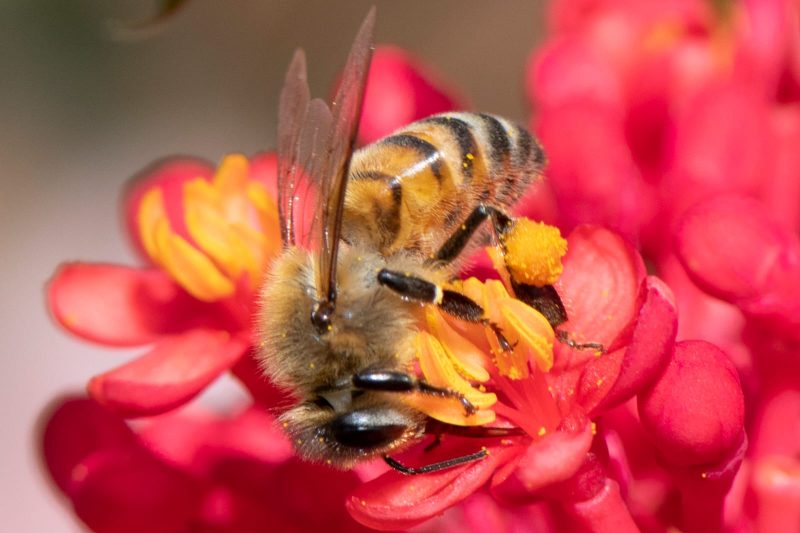 On the heels of World Bee Day 2021, more and more people from Jamaica—and the rest of the Caribbean archipelago which, as Small Island Developing States, are on the frontline of the climate crisis—are beginning to understand how crucial bees are to the environment and long-term sustainability.