In Turkey, a mafia boss's YouTube videos give Netflix some stiff competition 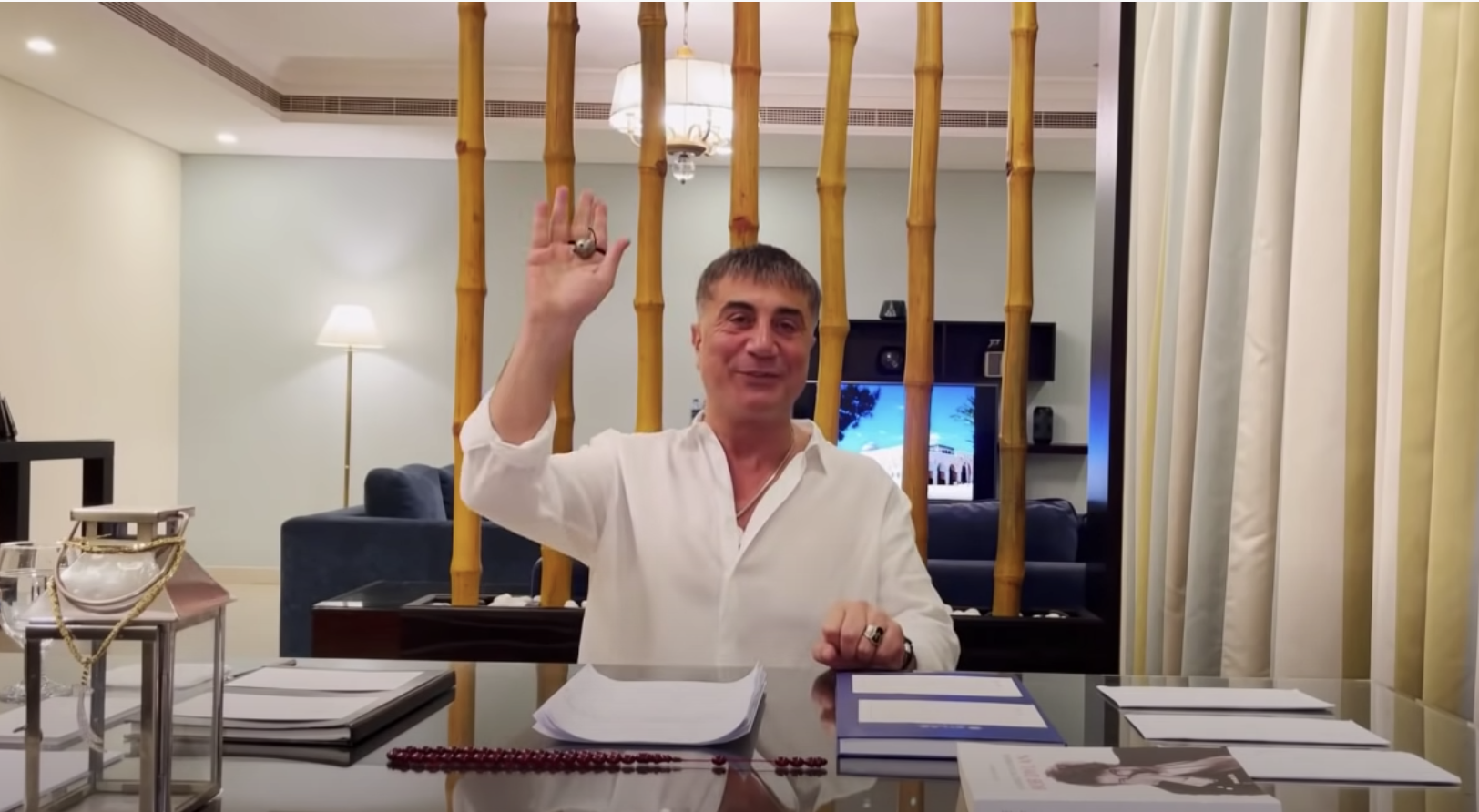 Dressed in a white shirt, sitting at a desk where each object—including prayer beads and a book (different in each video)—seems carefully selected and placed, a mafia boss starts casually disclosing information about links between the Turkish government and organized crime. But don't be mistaken: this is real life, not a new show on Netflix—although with millions of views, the series of videos that began appearing on YouTube in early May are giving the most popular Netflix shows in Turkey some stiff competition.

I swear, Netflix is yet to air a series as thrilling as this one. Episode 5 of Sedat Peker is now online.

The videos’ protagonist, Sedat Peker, started posting videos on YouTube on May 2. Since then, he has tossed around “accusations of rape, drug dealing and suspicious deaths against officials close to Mr. Erdogan.” Targeted so far are the current Minister of the Interior, Suleyman Soylu, former Director of Security turned politician Mehmet Agar, and the former Minister of Finance, President Recep Tayyip Erdogan's son-in-law Berat Albayrak. But the main question Peker asks is why the Turkish government and its top brass abandoned and betrayed him.

Peker, 49, was found guilty of organized criminal activity twice, and is the subject of an Interpol red notice. In his fourth video, Peker said that, in total, he has spent 16 1/2 years behind bars.

Now reportedly living in Dubai, he left Turkey in 2020 and after a brief stint in the Balkans. He rose to popularity in 2016, when he threatened to “bathe in the blood” of academics who had signed a petition denouncing military operations against Kurds in southeastern Turkey. Peker was acquitted then, as well as at least on two other occasions, once, in the aftermath of a failed 2016 coup attempt, when he threatened to hang the putschists in their cells, and once when he threatened journalist Fatih Altaylı.

For what it is worth, nothing Peker has said so far in his videos is news, but there's no doubt that Peker's reiteration of the murky links between party's senior officials and the mob is damaging to the ruling Justice and Development Party. More importantly, Peker's stories are targeting prominent men who have otherwise seemed impervious to threats, wrote journalist Pinar Tremblay in her recent piece for Al-Monitor, adding that “his [Peker's] words as an insider carry a high value as transparency of government activities has diminished significantly.”

The video released on May 20 added to the growing disenchantment with the Erdogan government, with its claim that pro-government journalists had acted as mediators between Peker and Interior Minister Süleyman Soylu.

So far, Peker's allegations against several officials have only been slammed by those targeted, and no legal proceedings were launched until Peker targeted the Minister of Interior, Süleyman Soylu, who filed a criminal complaint against Peker on May 17 over the string of recent accusations. In an episode targeting Soylu, Peker said the Minister approved the security detail that has been assigned to Peker since 2015 and that he had helped Peker avoid prosecution after an investigation into the organized crime boss's activities was launched in early 2020.

Surprisingly, the overall response from the ruling party to the on-going allegations, has been tepid and somewhat evasive, wrote journalist Zülfikar Doğan. This stands in contrast to the way the government has responded to criticism in the past. Instead, this time the blame was placed on the opposition, whom presidential spokesman İbrahim Kalın accused on May 13 of playing small games over the claims of an organized mob boss.

What a sorry sight for the opposition, engage in slander, by seeking help from the delusions of a mafia figure and make small political calculations at the expense of our Minister of the Interior. I hope they feel ashamed for what they have done

Speaking at a cabinet meeting on May 18 after weeks of silence, President Erdogan finally addressed Peker's accusations, vowing to “foil this dirty script.” At a time of looming economic crisis amid the government's struggle to battle with COVID19, such a promise might fall short of a much bigger issue—the ruling Justice and Development Party's being hit with yet another scandal, and one where foiling may simply not be enough.