Netflix’s new series on Yasuke, the African samurai, is a new dawn for Black characters in animation 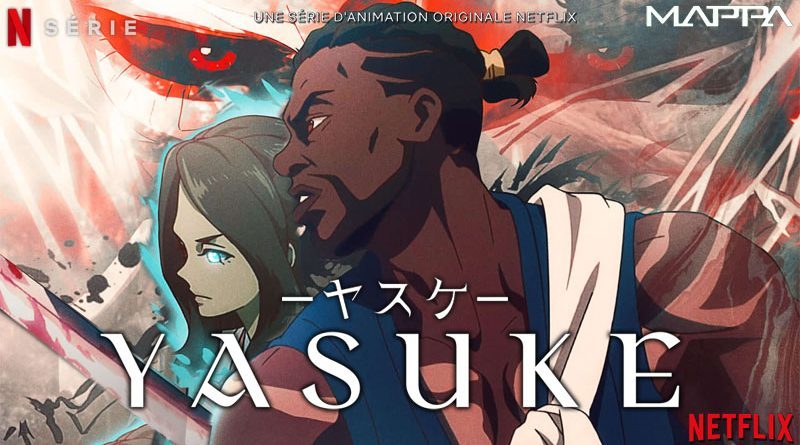 A screenshot of  a poster promoting the Netflix series – Yasuke, an animated TV Series  inspired by the real life story of the African Samurai. Source: Netflix

In April, Netflix released Yasuke, an animated television series that tells the story of an African who becomes the military retainer — or samurai — of one of medieval Japan's most famous warlords. The series demonstrates how Africans and Black people have been connected to Japan for nearly 500 years.

The Netflix series is actually inspired by the story of Yasuke, a real-life person who first arrived in Japan in 1579. Employed as a bodyguard by a Jesuit emissary to Japan, the man who would become known as Yasuke is rumoured to have hailed either from Mozambique or Sudan.

After impressing Oda Nobunaga, the de facto ruler of Japan at the time, Yasuke was invited to serve the warlord as a military retainer, or samurai. At the warlord's side, for three years Yasuke experienced firsthand the conflict and violence of Japan's “warring states” period, until Nobunaga's sudden defeat and death in 1582. After that, the man known as Yasuke essentially disappeared from history. Africans, however, continued to have a presence in Japan for hundreds of years.

The six-part Netflix series is not a biography of the African samurai. Instead, it takes the void of knowledge about Yasuke's fate post-1582 and the death of Nobunaga as a starting point to a re-imagined alternate reality and fantastical story.

The trailer, released on April 26, and the premier has re-ignited a strong interest in the history of the real Yasuke, who, for centuries has remained a  legendary popular culture icon on the pages of manga, Japanese comic books. 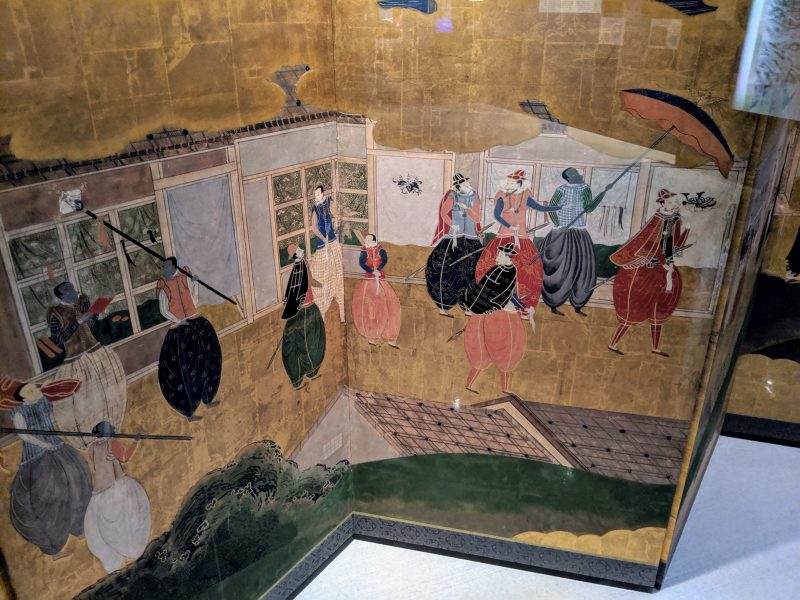 A screen at Nagasaki prefectural museum depicting a “Nanban” trading mission to Nagasaki at around the time Yasuke arrived in Japan. The men with the lances are likely indentured servants. A number of Africans travelled to Japan during the Indian Ocean “East Indies” trade and Vatican missions period. Photo taken by Nevin Thompson. Image license: CC BY 3.0

Historical records show that Yasuke arrived in the western port city of Nagasaki in 1579 as part of a Jesuit mission to Japan. He was one of many Africans to come to Japan as indentured servants or enslaved people, as part of European “Nanban” trading missions. Africans crewed merchant ships, worked as bodyguards or performed other essential tasks as part of European colonization and trade with Asia, including with Japan.

I learned from Netflix's “Yasuke” that a Black samurai who served Nobunaga Oda was a real person.

It's an interesting story that we were never taught in junior high school..?

I wonder if the school lessons would have been a more interesting with if stories such as Yasuke's were included. At least we can learn about him now.

It just goes to show how what gets taught in school is important.

visual representation of how episode 5 of yasuke made me feel pic.twitter.com/ro7AUqaBBZ

Just finished Yasuke. What an amazing fast paced anime man I enjoyed it a lot! Highly recommend it! ???? pic.twitter.com/rBkch1U8Jp

Would give a Yasuke 7.8/10. Could have honestly been longer which would have given the plot for time for proper development but for 6 episodes they did a preety good job

Watching the first episode of Yasuke, Netflix’s new fantastical animated show about the life of a Black samurai, I started to cry. I remembered how it felt to be a 16-year-old girl watching anime in the nighttime darkness of my living room. Watching Yasuke, with its titular Black character kicking ass to a soundtrack by musical producer Flying Lotus transported me back to that time, and it feels f****** amazing.

For some anime fans, however, the mechas and magic seemed a bit far-fetched.  Some critics have even gone as concluding that the Netflix Yasuke was a “mistake”:

Finished Yasuke. I think this would’ve been better without the mechas and the magic but that’s just me pic.twitter.com/OquOlM5Qbd

Just finished Yasuke. The magic and mechs ruined it and Yasuke's flashbacks stole the show and 90% of it had me staring at my phone. Probably one of the most disappointing animes I've watched recently. It Doesn't help that I finished Dororo a few days ago which was amazing. pic.twitter.com/I79ogI61MU

The Yasuke Netflix series has been hailed as a “full-circle moment” among Black anime fans. Its significance as a turning point in the depiction of a Black animation hero has further reignited the discourse on the representation and stereotypical characterization of Black characters in cinema.

“It’s the kind of thing where hopefully the right kids see it,” @flyinglotus said of the new Netflix series “Yasuke.“ “I just hope that some seeds are being planted, and this is just the beginning of the onslaught of Black animation” https://t.co/alrytH3FxE

As a black man interested in Japanese art, culture, and history (and a HUGE anime fan, duh), I just had to watch Yasuke: a Netflix original anime loosely based on the first black samurai of the same name. I loved nearly everything about it, but see more potential in it!! 7.5/10⭐ https://t.co/jCDt2gTk0D

At a deeper level, the new animated series has unearthed the rich historical context behind Yasuke to reveal the dignity, admiration, and reverence that he received. Although he was one of the first prominent Africans in Japan, Africans had travelled with trade missions to Japan since at least 1543, with the start of the Nanban trade, and the arrival of Portuguese traders.

That he rose through the ranks to become a prominent retainer to Oda Nobunaga, one of the most important figures in Japanese history, has become a new source of pride for many Africans and Black people all over the world.

During an interview with animenewsnetwork.com, LeSean Thomas the series producer said,

We love fish-out-of-water stories, and we just don't really get to see that from a particularly Black lens because of the history of cinema, the history of animation, and where African-Americans were positioned at the beginning of that event at that time, historically.

Every once in a while, a soundtrack is produced that goes beyond capturing the spirit of the motion picture to grip its audience.

American musician, DJ, filmmaker, electronic and hip-hop producer Flying Lotus’ album Yasuke has been hailed by critics and anime fans as a masterpiece:

While speaking to Vulture.com on the making of the Yasuke soundtrack, Flying Lotus said:

I empathize with Yasuke so much — feeling like an outsider all the time, especially in music and in the electronic-music space that I occupy. Also, being a Black man whenever I go to Japan, it was real easy to get the story. I knew exactly what it felt like.

Decades before the 2021 Netflix series, the legend of Japan's Black Samurai appeared in Japanese popular culture.

In 1971, famed novelist Shusaku Endo published a book about the samurai. But it was Kurosuke, a children's book about Yasuke published in 1968 by children’s author Kurusu Yoshio  (来栖良夫), that provided a spark for the 2021 Netflix series.

It was my first time seeing, you know, a really cool illustrated children's book about the story of a foreign Samurai who helped Nobunaga during the whole regime

Since 1968, Yasuke the man transformed through centuries into the mythical legend featured in numerous manga comics and into popular culture icon outside of Japan until 2019 when Thomas Lockley published his book African Samurai.

In March 2017,  Lionsgate announced plans for a live-action film about Yasuke starring the late Chadwick Boseman, who was to portray Yasuke. Boseman died at age 43 in August 2020.

It’s the kind of thing where hopefully the right kids see it,” Flying Lotus said of Yasuke. “I just hope that some seeds are being planted, and this is just the beginning of the onslaught of Black animation.

Nevin Thompson contributed to this article.