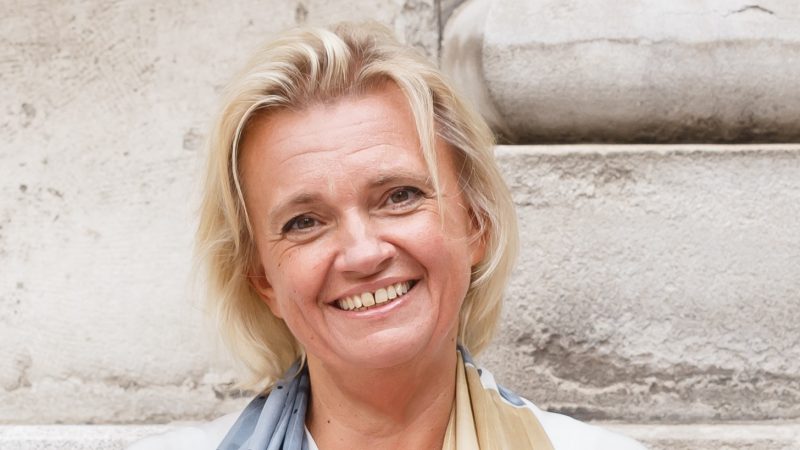 As part of its focus on women in science [3], Global Voices spoke to Associate Professor Regina Polak Ph.D, head of the Department for Practical Theology [4] at the Catholic-Theological Faculty at the University of Vienna, and Personal Representative [5] of the OSCE Chairperson-in-Office on Combating Racism, Xenophobia, and Discrimination.

Founded by Duke Rudolph IV in 1365 [6] and the oldest university in the German-speaking world, the University of Vienna opened itself to the enrolment of women [7] in the academic year of 1897/98 limited to the philosophy faculty. Only three women enrolled. Now, depending on the discipline – one can speak of almost equal enrollment. The university continues to work on advancing gender equality by identifying and publicly discussing issues such as the decrease of women graduates of doctoral studies in recent decades. Its analysis has indicated [7] structural problems such as conservative hierarchy and unequal pay women have to deal with when wanting to reach the highest levels of the academic career ladder. 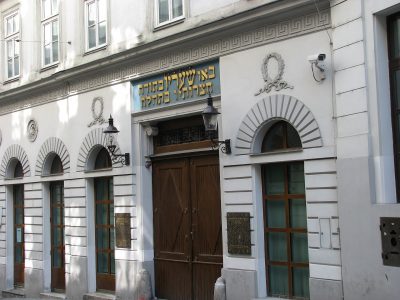 Touching on the challenges she faced, and the support she got, to hold onto her academic career as a woman and a mother, Polak also speaks in her interview of her research, which integrates interfaith and intercultural encounters in society including racism and all other forms of group-related hostilities which migrants have to deal with when entering European society.

Polak is convinced of the importance of dialogue and the duty of Christians to foster this. With 2021 being a year of hope and recovery, communication and understanding are of utmost importance, especially in the light of the current challenges in Christian-Jewish and Christian-Muslim relations.

Global Voices (GV): What do you think is the biggest challenge, and solution, when it comes to working on inter-religious issues?

RP (Regina Polak): I think dealing with the question of truth is the biggest challenge – the conviction that what he or she believes in and what he or she bases his whole life on, is true. This is a great intellectual, psychological, and above all spiritual challenge, which can be quite painful and irritating. Respect and real friendship forms a long-lasting solution.

GV: How do you think one can overcome animosity against followers of different religions?

RP: Structured encounters, authentic dialogue following rules, and education are all important ways to overcome animosities. presupposing that I am willing to understand the other person better. Be critical: Where and from whom did I learn prejudices?

GV: And what about atheists and fundamentalists?

RP: Dialogue in a plural society with these groups encourages to better justify one's own belief. Exhausting, but enriching. However, fundamentalist atheism, – like religious or political fundamentalism – is incapable of dialogue and wants to enforce its own worldview by all means. But, there is no alternative to dialogue!

GV: Do you think intolerances towards different creeds depend on one's own religiosity?

RP: Yes and no. Yes, because in all religious traditions, there are interpretations of the sacred texts that are associated with a fundamentalist understanding of truth, and a derogatory attitude towards people of other faiths. No, because such interpretations often have historical and cultural causes as well as political interests, or are favored by authoritarian personality structures.

GV: How does theology relate to current social issues?

RP: Over the years, my theological research has become significantly more political and part of public debate. In German-speaking countries, I am currently observing a reception of postcolonial theologies among young scholars, but also socio-ethical issues such as bioethics, digitization, and gender issues. The theological reflection of the climate crisis is, for example, a core theme of theology, since it is about the question of our continuing existence. 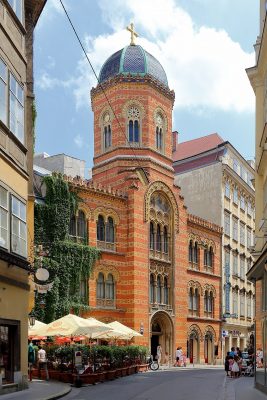 GV: As Austria received an influx of mostly non-Catholic new citizens from the Balkans in recent decades, mainly Muslims from Bosnia and Orthodox Christians from Serbia, how is interfaith dialogue being influenced by politics in this region?

RP: With regard to Christian Orthodoxy, there is a long and proven ecumenical movement in Austria. Interestingly, politics in the Balkans region plays little role in the dialogue with Muslims. At the same time, the dialogue with Muslims in Austria has become much more difficult because it takes place in the context of political and public discourses that show massive anti-Islamic traits.

GV: Does your work overcome the legacy of the past, in terms of peace and conflict throughout Central Europe?

RP: The Catholic Church in particular has made a great conversion since the Second Vatican Council [14] and recognized Judaism as a sister religion. Many faithful unfortunately do not know this history, yet. Unfortunately, it is different in the dialogue with Muslims. As for migration, it is regrettably clear that the historical inheritance of racism and xenophobia is still very much present.

GV: As a part of the OSCE, how does your work reflect their mandate? Do you believe religion is taken as seriously as it should be when it comes to policy towards peace?

RP: Yes, the OSCE takes the topic of religion very seriously, but as part of its comprehensive approach to protect and promote security and peace. This means that the OSCE has a human rights approach to religion – protecting and promoting respect for the freedom of religious or belief.

GV: How do you think interreligious dialogue can provide a solution for Austria, Europe, and the world in regards to increasing Islamophobia?

RP: Interreligious dialogue cannot solve the social, political and economic causes that underlie the hostility towards Muslims. But it can, most importantly, contribute religious ideas to a more peaceful and just coexistence. 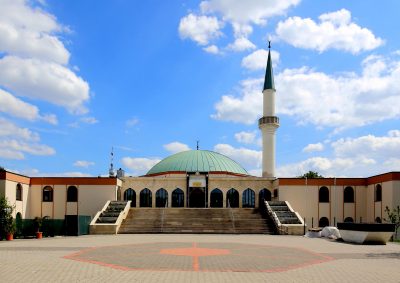 GV: Let's talk a bit more about you as a person in relation to your academic career. How do you relate yourself to the field of research?

RP: I have always been a curious child with a strong interest in questions concerning the meaning of life and the role of God in the entire whole. I had a great teacher who inspired me to keep exploring my curiosity for everything around us and later on to pursue religious studies. Of course, from that starting point to today, it was a long road with unexpected turns.

RP: Theology is the most fascinating discipline I can think of encompassing spiritual wisdom, ethics, literature, philosophy, history, social science, and many other disciplines. However, I took a detour into philosophy and journalismbefore working as an assistant at the department for Practical Theology and studying theology in 2000.

GV: How did you develop your career after that, as a woman and a mother?

RP: Two years later, at the beginning of my 30s, I became head of the department. It was a tough time as I had to do research for my Ph.D., my exams, teach, and take care of my son. My incredible colleagues and family supported me so much – I would not be in my current position, and without regret, if it had not been for them. Maternity leave would definitely have ended my career. 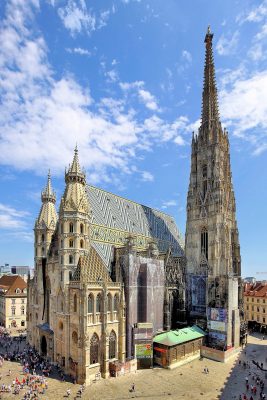 GV: How does working in research and promoting religion balance your womanhood?

RP: My Catholic identity results in a duty to explore interfaith dialogue. I do not see a conflict to be devoted to the church, my work, and being a woman. I am true to my church as I believe they people from the church bring valuable pearls of wisdom to humanity. And if one wants to change a faulty system, what better way to do so than from within? History proved, minorities are the ones who bring in innovation and possibilities.

GV: How does misogyny from different religious creeds affect your work?

RP: I sharpen my rhetoric against it. As a woman, you need to take responsibility for yourself as my mother and sister taught me from a young age onwards. The world is not a utopia, and when you do feel fear, you need to act accordingly.

GV: Have you experienced a threatening situation in your career which let you doubt your path?

RP: When situations occur, I speak up about it. My age does keep me safer in this environment. However, I am extremely lucky violence never happened to me, but if it had happened, I think I would have continued my work as this is my vocation. At least, I hope I would make that choice.

GV: If you could give one piece of advice to other women researchers, what would it be?

RP:  An academic career is like climbing a mountain. Never do it alone and have a safety net if you do fall. Especially as a woman. In Austria, it is still hard for a woman to enter the field of academic research.

GV: And for women of colour?

RP: There is much denial in society when it comes to racism, and dialogue about it includes layers of talking around it till the point is softly conveyed. After the defeat of the Nazis, the German word for race, ‘Rasse’, was abolished from the language. With that, it seemed even the phenomena of racism as being an actual thing disappeared, including addressing the harsh reality we still live in today.