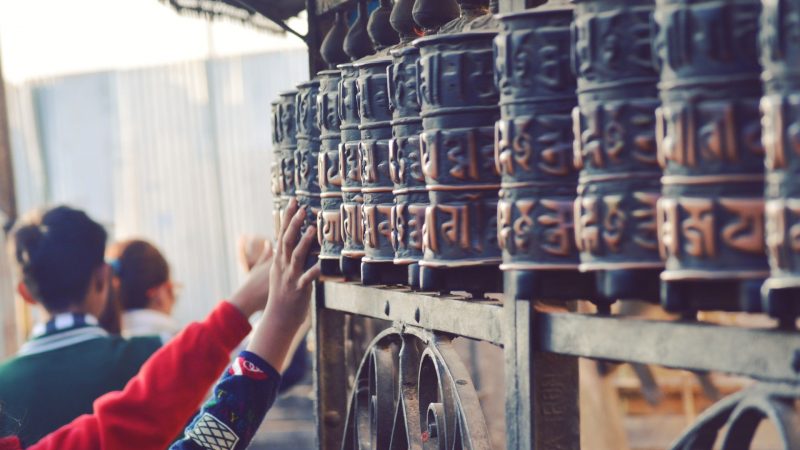 Prayer wheels in an ancient temple in Gokarneshwor, Nepal. Photo by Bishal Sapkota. Used under a Pexels License.

Nepal's second wave of the coronavirus has proven devastating, prompting the country to reach out for international support as its health infrastructure crumbles under the pressure. On Tuesday May 11th, The Asian country of around 29 million people recorded its highest infection rate, with 9317 cases, along its highest fatality rate, of 225 deaths in the last 24 hours.

Hospitals in Nepal are overwhelmed and intensive care units are flooded with critical cases of COVID-19 patients. As hospitals are running out of oxygen supplies and medicines, patients are being turned away.

Helplessness you feel when you can’t do anything for your friends & families who call you for ICU, oxygen and medicine! It’s a total mess. #COVID19 #crisis #Nepal

Hospital System has been crashed in Nepal! Many of them are out of oxygen, beds & essential medicines/kits #StayHome

Nepal has been in total lockdown since April 29th, which has been extended until May 27. However, while international and domestics flights have been suspended, surprisingly, Nepal has kept Kathmandu-Delhi flights operational, despite the high risk. India too is grappling to control the pandemic, with an Indian variant of the virus raising concern in many countries for having the ability to spread “like wildfire“.

In terms of vaccine rollout, Nepal was off to a good start. In January, the country received one million doses of Covishield vaccine from India as a grant and bought another one million doses the following month. Covishield, which was produced by the Serum Institute of India, was developed by Oxford University and AstraZeneca.

In March, Nepal also received another 348,000 doses of Covishield, which covered roughly 20 percent of Nepal's population as part of the COVID-19 Vaccines Global Access (COVAX) program that was committed to supplying around 13 million doses for free.

As soon as vaccine supplies were made available, the first phase of the vaccination was rolled out in January with the support of government and non-government efforts. With vaccination rollout continuing till March 5, 438,000 people received the first dose and 370,000 were able to get the second dose of Covishield vaccine subsequently. The second phase started on March 7 for the citizens above 55 years of age and it gained much response as almost 1.3 million got the first dose of the Covishield vaccine.

However, as India struggles with COVID-19 and banned all vaccine export, Nepal's own vaccination efforts came to a halt. A shipment of one million dosages of Covishield vaccine that was due to arrive in April, never came through, and its unlikely that Nepal will receive it anytime soon.

China has also extended support to provide vaccines to Nepal. In March, China sent 8,00,000 doses of Vero Cell made by Beijing Institute of Biological Products Co. Ltd, under Sinopharm. The Vero Cell vaccination started on April 7 for the 18-59 age group which was temporarily suspended on April 29 as a result of the lockdown. So far, 289,000 people have received the first dose of Vero Cell vaccine and they expect to receive their second doses starting May 16, 2021. The vaccination for the rest of the population remain uncertain.

Despite the new variant killing hundreds of people daily and an already-debilitated health care system faltering, and resources in both the public and private services growing scarcer every day, officials’ are coming out with reassuring statements, triggering outrage among the public.

In an interview with the CNN earlier in May, Prime Minister KP Oli stated that the current situation of Nepal is under control.

A damage control initiative. Too late too little.
Should have come out before the CNN interview.
But better late than never!https://t.co/4xhf8ZGxoB

It's utterly disgusting to see the Prime Minister discounting a humanitarian crisis. People are forced to asphyxiate simply due to a lack of oxygen. Medical supplies, infrastructure, & workforce are already outnumbered.https://t.co/WAEqHjFGfs via @YouTube

Days later, PM Oli corrected his statement via an Op-Ed with the Guardian Magazine urging the international communities for support to end the COVID-19 crisis in Nepal.

Many Nepalese have started initiatives to help those most in need. Health workers and young people, even those overseas, are offering or funding free services to patients who stay at home, feeding the homeless as well as providing COVID-related information. One such example is the Nepal Covid-19 Support Facebook group, which was started by a number of activists, including medical professionals. The group has crowdsourced information including those of hospitals, ambulances, COVID-19 patients who are self-isolating, as well as help answer queries by medical professionals without taking any service charge. It also published a COVID-19 service directory that provides helpful information to patients and their families who are in need, without any fees. 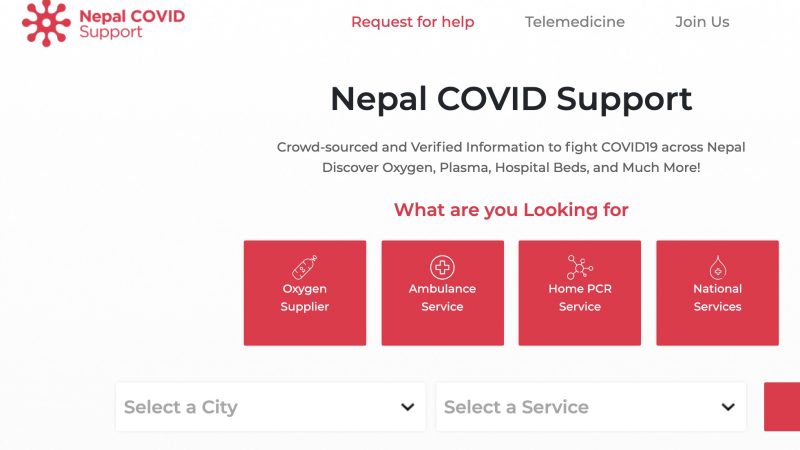 Over 22,000 people have also signed a petition requesting that the US gives Nepal a fraction of the 60 million vaccines Washington DC said it would share with other nations. Nepalese living overseas are also trying to reach out to governments in their countries of  residence to ask for support for Nepal, while the Non-Resident Nepali Association in Oman has just sent 600 oxygen cylinders to Nepal.

Struck by a rapidly-deteriorating situation, the public is debating issues like the government's inefficiency, as well as the international community's approach to equitable distribution of the COVID-19 vaccines, especially in developing nations such as Nepal, which is struggling to secure the required numbers of vaccines, while many developed countries have secured far more vaccines than their need.

Nepal has not been able to secure vaccines for even 20% of those who need to be vaccinated. #Nepal should be prioritised at the top. I appeal to the countries which can spare vaccine to send them to Nepal immediately. https://t.co/AHD2zUc0Eu@UN_Nepal @WHONepal @unicef_nepal