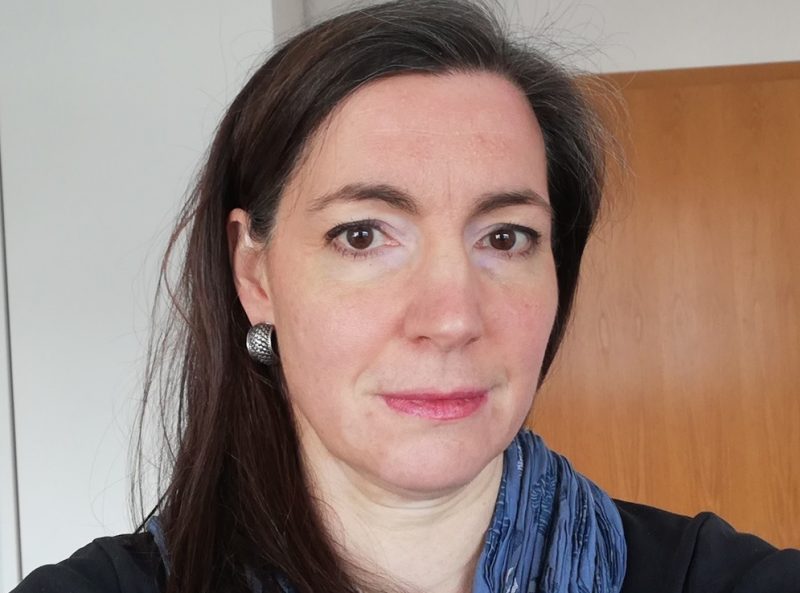 As part of its continuous efforts to explore the role of women in science [2], Global Voices spoke to Caroline Geisler, PhD [3], an independent research associate in the neurobiology department [4] at Ludwig Maximilian University in Munich. Geisler works in the field of computational neuroscience, with a focus on the emergence and function of rhythmic neuronal activity.

Having entered the world of science with a primary interest in physics, she has shifted over the course of her career from the abstract to more human and life-related studies, and divides her time between the university's cognition and neural plasticity lab [5] and teaching PhD and Masters students.

Global Voices (GV): What sparked your interest in physics and inspired you to become a scientist?

Caroline Geisler (CG): Well, I always had a mathematical mind and was very good in maths, which in high school became especially clear. I was interested in space, small particles, computers and literally wanted to become a rocket scientist. I studied at a girls’ school and had a group of friends with the same interests, such as memorizing stars in the sky, rather than going shopping for clothes. Being surrounded by friends with the same interests, of course, strengthened my passion for science.

GV: Would you agree that at that time the sciences, particularly physics, were considered to belong to the male realm and that for a woman it would be harder to build a career in this sphere?

CG: In this sense it was an advantage to study at a girls’ school, because there, the gender division simply did not happen. I sometimes ask myself whether I would have pursued science with the same enthusiasm if I had studied in a mixed school. And I still don’t have a definitive answer. Several studies have actually shown that girls from girls’ schools are more likely to enter fields that are male-dominated, precisely because there is no gender division, which to some extent creates certain mental barriers.

And I was lucky to have enormously supportive teachers who recognized my strong points and believed in me, thus encouraging me to dive fully and seriously into the world of science. I remember, I had a very nice maths teacher, who at the time when I struggled with English, came to me and cheered me up by saying: “I do understand you very well, cause I also always had problems with English. But you’re good in maths and that’s enough for life.” His support was very important for me and helped me not to get frustrated.

GV:  What about your undergraduate university years? What was the percentage of girls in the faculty of physics and did you see any difference in the treatment of female students?

CG: Actually no, not at all. Although there were only about 10 percent women in the faculty and in some classes I was the only woman, it only motivated me to perform better. Because being almost the only girl in a group doesn’t give you a chance to dissolve in a crowd, to disappear from the view of a teacher. Standing out makes you always think twice before saying anything out loud, because if it’s something silly then you know that everybody will remember who said it. That ‘no chance to hide’ position bothered me a little bit and made me feel uncomfortable sometimes, but those concerns were more from my own mind, not caused by any bad intentions or biased attitudes from teachers.

Very occasionally some slight and unconscious gender biases took place. For instance… one older professor in a lecture on thermodynamics gave an example of baking cakes and turned to me, saying: “Indeed, you should know this.” And I said: “Why? Sorry, but I don’t.” Because I actually had no idea how to bake cakes at that time.

On the other hand, I had a female physics professor who was very kind and caring and especially helpful and supportive to me. Partly I explain her goodwill by the fact that I was the only girl in the group and she felt therefore some special connection with me and the inclination to help me. Her example showed me that I could also be successful in science, and I definitely benefited from her support.

GV: How does it feel to be a woman in physics in general? And what role, if any, does gender play in this field of science?

CG: I feel that, in physics, most of the time you’re either good or you aren’t, and others will certainly know that. In exact sciences,  such as physics… it wouldn’t help you just to tell everybody that you’re great. If you don’t publish good papers and do good work, no one will recognize you, so it makes no sense to pretend. This means that one is judged first on one’s work and last on gender.

Both at university in Germany and in the United States, and especially in the US, gender was never an issue, in my opinion, and I was always treated fairly. In fact, in the US I even heard about some programs that specifically supported women, which meant that if you were really good at what you were doing and you could prove it by your work, there could even be an advantage to being a woman in a certain field of research.

The dark side of this seeming tolerance though, is that sometimes people or organizations… prefer simply not to deal with female candidates or potential employees to avoid any gender-related troubles or suspicion of discrimination. That’s where this idea of gender tolerance and supporting women can actually backfire and the special status of being a female can play against you.

GV: What was the most challenging and simultaneously rewarding period in your career?

CG: I guess that would be the time right after my first child was born, while I was doing my postdoc in the US in the lab of Professor Buzsaki. That was a really life-changing time. I had to reconsider my schedule, adjust my working life to new circumstances and incorporate a number of new responsibilities, along with the existing ones, into the same 24 hours.

Especially in the case of researchers, most of them rely on the opportunity to immerse themselves completely in their subject, and time doesn’t matter for them anymore – if you want to figure something out you can stay up till 3am and then you get up whenever you get up and go back to your research. And then the baby appears and such a regime does not work for you anymore. That was for me the hardest period of transition to a new lifestyle, though, of course, it was full of rewarding and happy moments. My husband (Anton Sirota, also a researcher) and my colleagues in the lab were very supportive and understanding.

The maternity leave in the US is quite short and a few months after giving birth I got back to work, however, of course, my career slowed down from that moment. This moment is pivotal in terms of how much you can capitalize on whatever you achieved before, and how well your research is lined up and organized, so that you can pick up again without thinking too much about it.

Now, since we have three kids, I work part-time in order to be able to take care of children, although my husband shares many of the family-related responsibilities. Thankfully, in Germany, the part-time option for working mothers is a common thing. This flexibility allows you to stay in science and continue doing what you’re passionate about. However, among conservative people, you still encounter some judgment, and the assumption that you are indifferent to your kids and prioritizing work over family.

Also, I regard science as a highly creative process, similar to the arts, and therefore it’s very important to be fully emerged in your research, to be flexible and to dedicate most of your time and mental energy to your project. One needs to get into the right mood and invoke creativity, which is hardly achievable when one always has to check your watch to not be missing the time to pick up the kids from school or kindergarten. Now, although I still do my research, I am also teaching at the Graduate School of Systematic Neuroscience [6], which I really enjoy and find highly rewarding. 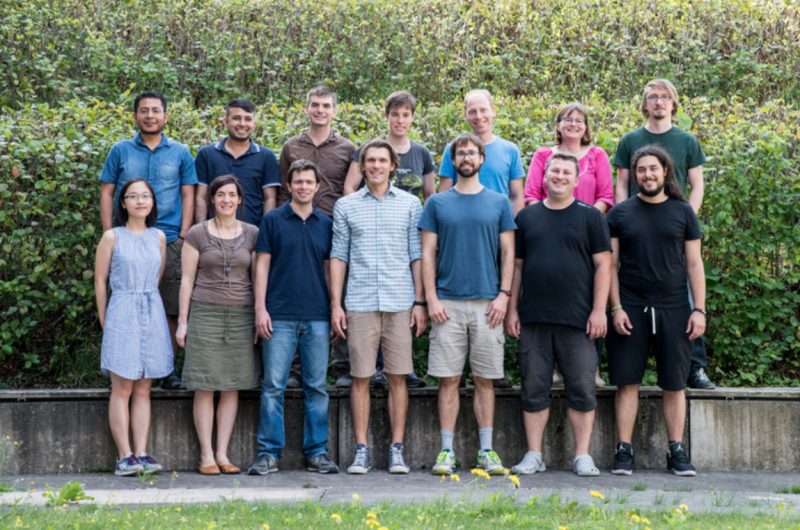 GV: If you could give one piece of advice to other female researchers, what would it be?

CG: The absolute most important thing that everybody should always consider is doing what you really love, because only then will you have the endurance and discipline to get through the hardships and difficult times. If there is something that you really love to do, you should pursue it. And even if you’re thinking that you will never be able to earn money or find a job, if you’re really good at what you do and do it wholeheartedly, you will be more likely to find a job and overcome any challenges and difficulties that you encounter. Just be open, try to see the opportunities and be courageous enough to take them.