Why the proposed European Super League collapsed before kick-off 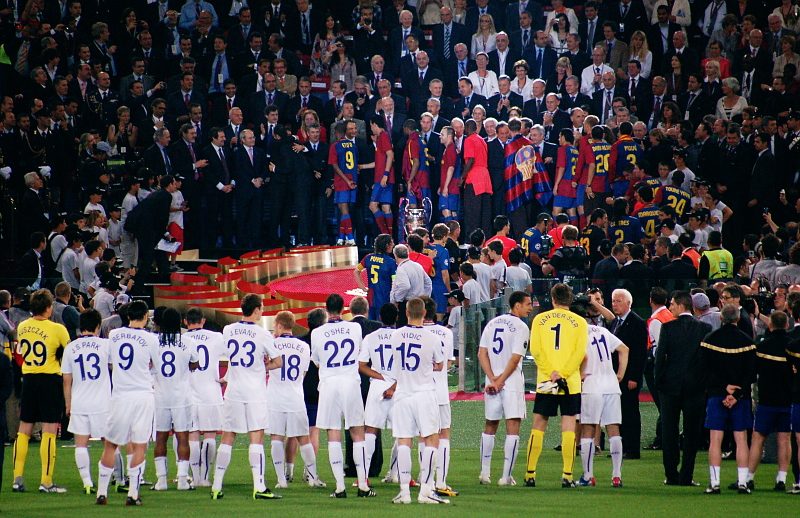 On April 18, football fans across Europe and the world woke up to the announcement of the formation of the European Super League, a breakaway tournament from the region's main football competition, the UEFA Champion's League.

The Super League would consist of an annual tournament to be contested by Europe's top clubs, with 15 “founding clubs” as permanent participants, and five who would have to qualify. English clubs dominated the list of the founding clubs, with Arsenal, Chelsea, Tottenham, Manchester City, Manchester United, and Liverpool. From Spain, there was Atletico de Madrid, Real Madrid, and Barcelona. Finally, the Italian clubs were AC, Internazionale, and Juventus.

The intended kick-off was August 2021, but the proposed League collapsed long before then as it received widespread condemnation from disgruntled fans and football authorities, including FIFA. Major sponsors also expressed exasperation with the plans, as they claim to have been kept in the dark about the Super League plans. As one Chief Marketing Officer who sought anonymity said to Tim Crow of isportconnect.com on the iSportLearn platform, “We’ve only just re-negotiated the contract because of COVID-19, we were more than fair, and this is how they repay us.”

SkySport's Gary Neville labelled the involvement of English clubs as a “disgrace” and called for them to be sanctioned by the English Premier League. “I'm not against the modernisation of football competition,” he said, “but to bring forward proposals in the wake of COVID is an absolute scandal. United and the rest of the big six clubs that have signed up to it should be ashamed of themselves.”

The backlash from the respective club fans was also intense, with Chelsea fans staging a protest at the Stamford Bridge stadium on April 20, before their Premier League game with Brighton. This led to the withdrawal of the English clubs from the Super League, with Manchester City and Chelsea taking lead and the four others following suit. In Italy, Inter Milan also withdrew from the proposed league following the criticism.

Politicians too were forced to wade in, with UK Prime Minister Boris Johnson tweeting:

Plans for a European Super League would be very damaging for football and we support football authorities in taking action.

They would strike at the heart of the domestic game, and will concern fans across the country. (1/2)

On participation from other European clubs, according to media reports, German clubs Bayern Munich and Borussia Dortmund had been approached but rejected the offer. France's Paris Saint Germain (PSG) had also been among the proposed sides to round off what was originally envisioned as a 15-team group of founding clubs, but rejected this too, earning plaudits from the French President Emmanuel Macron.

Both FIFA and UEFA indicated they would suspend individual players from the World Cup or Euro championships in case they participated in the proposed League. It gets complicated too for the participating clubs as they would need approval from their respective associations who govern domestic competitions.

Why a Super League?

The development of a European Super League has been in the pipeline as early as the 1980s. In 2018, German publication Der Spiegel reported on the proposal of a European Super League consisting of 16 teams, like the Champions. It also indicated that there would be 11 “core founding teams” who would have their places guaranteed for the next 20 years. An additional five would be made up of teams that qualify.

The driving force behind these plans is the potential revenue that could be made from media and TV earnings, major sponsorships, and match-day earnings. The prestige of being among the top performers in both domestic and continental leagues adds to the allure.

From reports shared, there was 5 billion USD committed by American investment bank JP Morgan to finance the formation of the league. The funds would be used to support their infrastructure and offset the impact of the COVID-19 pandemic.

A major point of discontent is that only five of the clubs in the 20-strong competition would enter based on “sporting achievement.” Juventus chairman Andrea Agnelli was quipped saying, “our 12 clubs founder clubs represent billions of fans across the globe and 99 European trophies.” What he may have missed is that the dozen are currently not the most historically successful, biggest earners, or current top-performing clubs. These founder clubs would be less motivated to do well in their domestic leagues due to the permanency guaranteed in the Super League.

This attempt at creating a parallel league to the Champion's has caused a storm in the world of football. The winners, for now, may be the fans and football associations. However, the owners and chairman who have had to publicly apologize will still look to consolidate more power and influence in the revenues. One battle down, but an interesting future lies ahead for the biggest global sport.