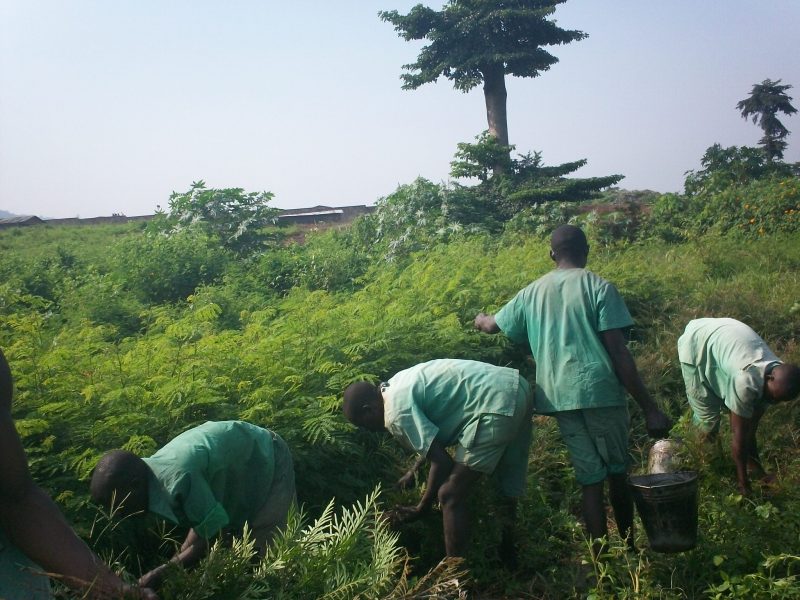 On April 26, Burundi authorities released 3,000 prisoners following a presidential pardon that aims to free a total of 5,225 people — or 40 percent of the country's prison population.

Current president Évariste Ndayishimiye first announced a mass release of prisoners on December 31, and a decree [7] came on March 5. The pardon focused [7] on prisoners with shorter sentences, or only part remaining, and the vulnerable such as the elderly. It did not cover security charges, such as working with armed groups — an accusation often levelled against political opponents or activists.

The president gave a speech [9] to mark the occasion at Bujumbura’s Mpimba prison, where 1,400 prisoners received a pardon.

With senior state officials, the Republic’s President H.E. Evariste #Ndayishimiye graces with his presence the ceremonies marking the beginning of the release of prisoners benefitting from the Presidential Pardon granted on 31 December 2020.

In his speech, the president said [14] that “no prisoners were held for political motives,” in reference to critics who point to exaggerated charges against various opponents and activists. Ndayishimiye also said and that authorities were ready to recognize good behaviour, “like a father”.

While Ndayishimiye said the pardons were not done to please other governments, Foreign Affairs Minister Albert Shingiro was touring [15] several European countries just as the president was giving his speech, as part of ongoing talks [16] to improve Burundi's image [17] internationally.

Human rights monitors welcomed [7] the pardons. Prisoners’ rights activist, Pierre-Claver Mbonimpa — himself in exile after an assassination attempt — told [18] Radio France Internationale that it was “better than nothing”, but highlighted that prisons were still overcrowded and political prisoners remained in jail.

The National Independent Human Rights Commission also praised [9]the pardon, calling for more alternative sentences, such as community work, and to avoid excessive pretrial detention. The commission also reports that some prisoners have remained in jail after their sentence ended.

The Burundian Association for Protecting Human Rights and Detained Persons (APRODH)’s March report [19] recorded 13,532 inmates across Burundi’s prisons, over three times the capacity of 4,194; Over 5,000 were yet to be tried. It also described at least 70 cases of “arbitrary detention,” and prisoners held at irregular secret sites by intelligence services.

Data [20] gathered by Iwacu newspaper showed a steady increase in the country's already overcrowded prison population from 2014 to 2018, while capacity stayed the same. Prisoners are also held [21] in police station cells.

Officials also noted that a large prison population is costly [22]. Reducing these costs would certainly be useful for authorities, given the economic [23] difficulties [24] resulting from the 2015 political crisis and sanctions.

The pardon of prisoners was widely welcomed as it relieved pressure on overcrowded prisons, especially during the pandemic [25] as recently Burundi has seen more COVID-19 cases [26], but a number of political prisoners remain behind bars.

For example, Germain [27] Rukiki, of Action by Christians for the Abolition of Torture — Burundi, was sentenced [28] in 2018 to 32 years in jail, although that penalty is being slowly reviewed [29]. Human rights organizations [30], including Amnesty International [31], have called for his release [32].

Nestor Nibitanga, a former representative of the organization APRODH, was sentenced [41] to five years imprisonment in 2018.

Similarly, in October 2020, former independent [42] parliamentarian Fabien Banciryanino was arrested [43], and charged [44] days later with rebellion, threatening state security, and defamation. His lawyers said [45] it was because of his vocal [46] criticisms [47] of the government in parliament. He was put in solitary [48] confinement on March 28 after writing a letter criticizing poor [49] prison conditions. On March 31, he left [50] confinement, apparently following ministerial and public pressure.

The UN Commission of Inquiry’s 2020 report [23] noted many arrests of opponents around the May 2020 elections. “While most were released after a few days or weeks, some were sentenced to relatively heavy sentences of several years in prison after hastily arranged trials with expedited procedures, while others remained in pretrial detention,” the report said. It also recorded cases of torture in detention.

In its December report [51], the Burundian Coalition of Human Rights Defenders — several member organizations of which have been banned — criticized forced disappearances, arbitrary detention, and disappearances after arrest.

The Burundi Human Rights Initiative’s December report [52] says that, after Ndayishimye’s election, there were positive signs, such as the release of numerous people arrested in the lead-up to the vote. However, “barely two months later,” ruling party youth were intimidating people again, the report said. It also observed how people with political connections can have easier treatment inside prisons, such as police officer Désiré Uwamahoro — sentenced to three months imprisonment in 2017 for extortion — who has links with Prime Minister Alain Guillaume Bunyoni.

Improving prison conditions and leniency could be useful for officials to present a positive, peaceful [53] image in a wider diplomatic [54] push [55], after years of tensions [56]. The vaunted anti-corruption drive and gestures of openness, such as the reinstatement [57] of civil society organization PARCEM [58] — one of those struck off in recent years — were also positively regarded.

In December, four Iwacu journalists were pardoned [59] after being imprisoned [60] in 2019 on widely criticized security charges, related to their reporting on an armed attack.

As researcher Carina Tertsakian observed [15], the government’s recent positive gestures, such as the pardon, are welcome, but work remains to really open political space and overcome impunity.,