In the grip of pandemic, ‘the time is now’ 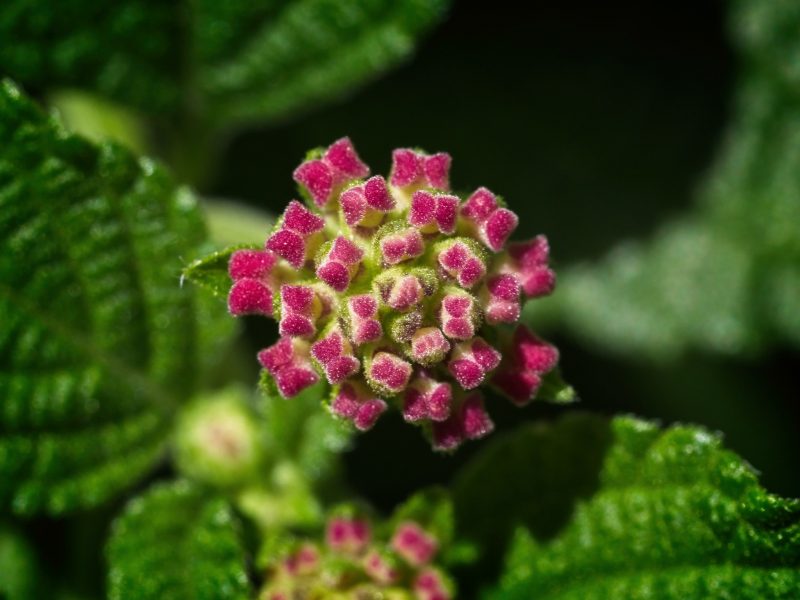 A blossoming lantana flower mimics the appearance of the COVID-19 virus. Photo by Jim & Robin Kunze on Flickr, CC BY-NC 2.0.

Editor's note: Against the backdrop of Trinidad and Tobago's increasing rates of COVID-19 infections, the government re-introduced certain restrictions on April 29, including the closure of restaurants, gyms and places of worship, and the reduction—to 25 per cent capacity—of the air and sea bridge routes between the two islands.

By May 3, those restrictions became even tighter after Principal Medical Officer Dr. Maryam Abdool-Richards advised that the country sits at the “tipping point,” with the possibility of the parallel healthcare system reaching capacity in less than two weeks should the current rates of infection, including the number of patients needing access to intensive care or high dependency care units, continue to climb.

Trinidadian poet Shivanee Ramlochan has given a lot of thought to how people can dig deep and find ways to cope in the midst of this crisis. An edited version of her piece is republished below.

We're in a strange stasis, a kind of emotional stranglehold. We feel the daily effects of our physical limitations. Some of us haven't kissed our nieces and nephews who've turned one during the pandemic. Some of us still haven't been able to visit our grandparents, or their gravesites. There are babies whose most solid impression of the human face are that it is masked.

I've put off so much doing because I've been convinced I'm made wrong, fashioned improperly, or worse, that I mutated myself from the previously “normal” prototype I received when I landed here on earth. I fattened it, queered it, made it rebellious, irresponsible, and weak. And I've taken this very body and been very irreverent with it. I've wondered why, during a pandemic, better bodies than mine are no longer here, doing better things, while mine persists.

It's not like love is the answer, or peace, or daily bread when everyone doesn't get daily bread or dhal […] or rice. But I do feel, I really do feel, that the answer in every small moment we've all been asked to face more and more of, is you. Your imperfection. Your holy, riotous mess. Your snotty-nosed tears and incoherent rambling. Your dutty wine in front of the mirror alone at four a.m. with a half-bottle of puncheon [rum]. Your prayers on your knees to the god you're either falling back in love with or learning how to ghost. I don't know, but I want to be here, persisting. Intemperately. Ridiculously. Maybe even foolishly. And the difficulty has been in believing I deserve that grace. Maybe you feel the same way.

So it's now. The time. To confront the person who has caused you pain during the pandemic, or possibly your whole life. To break up with them. To say yes, fuck yes. To say no, fuck no. To buy the dress that you think makes you look fat, and to flaunt it fatly down fat aisle of fat-land, because you will be nothing but beautiful in it. Now is the time to take the giant interstellar loan from the gilded bank of every possibility you've been denying yourself. To believe that what you make, magnificently, will pay it all back. Now is the time to adopt a cat. Now is the time to grow a twelve-foot beard. Now is when you admit you are depressed. Now is when the ribs in your chest open like bone hands and you fill the space inside with flowers, music, marijuana, good sex, the Goddess, and chocolate.

Not only because we don't know how much time is left. That has always been true. The pandemic didn't make it truer, so much as it underlined how few choices the poor, the at-risk, and the so called Global South have when confronted with disaster capitalism. The time isn't now because we're running out of it.

It's now because you are worth every second of peace you can claim for yourself on this brutally indifferent spinning rock. Eat all the chocolate cake. Ignore all the sanctimony. There are no white knights, but there is *you*.