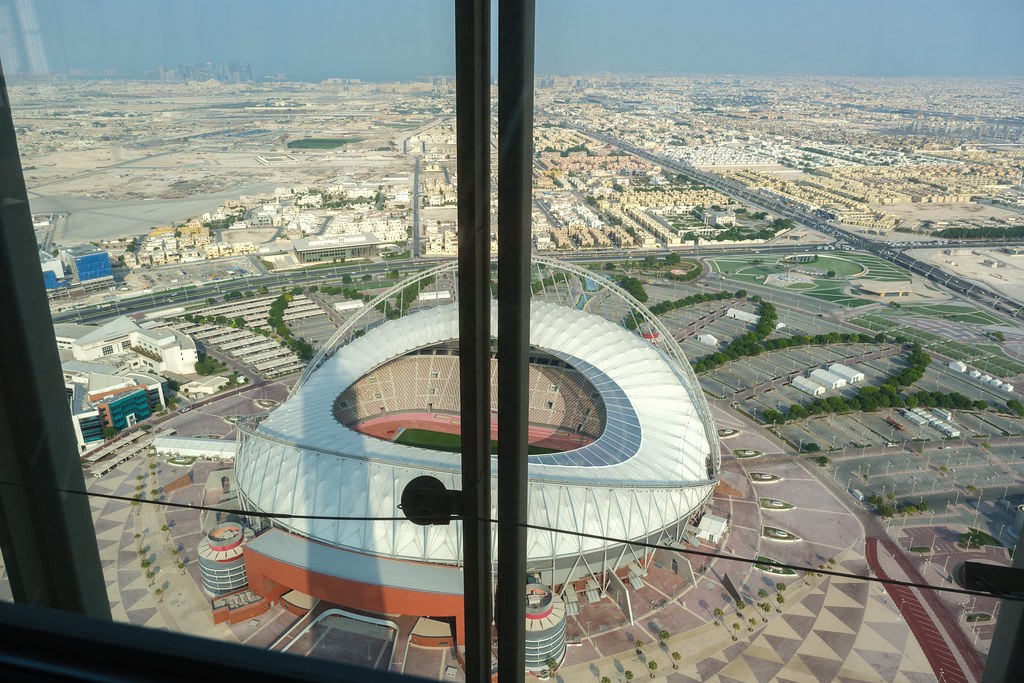 As the 2022 FIFA World Cup in Qatar draws near, concerns continue to be raised over the country's labour practices.

In March, a number of countries playing in the 2022 World Cup qualifiers staged protests against the Qatari authorities over the death of over 6,500 migrant workers between 2010 and January 2021, a figure revealed in February 2021 by an investigation by The Guardian newspaper.

Germany and Norway were involved in the protests during the international qualifying matches, and they were joined by the Netherlands as noted on the tweet below:

In 2010, Qatar was awarded the hosting rights of the 2022 FIFA World Cup, and as early as 2012, red flags were raised over the huge influx of migrant workers to the country which employs them through the controversial kafala system.

The kafala is a labour system that requires migrant unskilled laborers to have an in-country sponsor who’s nominally their employer and is responsible for their visa and legal status. The system applies to most construction and domestic workers in the Gulf region, including Qatar.

Under the kafala system, employers enjoy almost total power over the movement of the workers, including their ability to reside in Qatar, change jobs, and leave the country. Workers under kafala are often afraid to report abuses for fear of retaliation. The system has been criticized by human rights organizations as it creates easy opportunities for employers to exploit and abuse these workers.

A 2012 report by Business for Social Responsibility (BSR) funded by MacArthur Foundation said:

Qatar is planning to invest more than $250 billion to build 12 stadiums, 70,000 hotel rooms, and a network of road and rail links. The investment is expected to trigger rapid economic development in Qatar, a nation already enriched by oil and gas reserves, as well as the highest per capita income in the world. The human and business risks associated with Qatar’s hosting of the World Cup—the “Mega-Sporting Effect”—stem from the influx of an estimated 500,000 to 1 million foreign workers who will be called upon to build the infrastructure for the event. The Human Rights Watch (HRW) report 2012 warned that these migrant workers could face abuses related to recruitment, wages, working, and housing conditions in Qatar.

According to the 2012 report by Human Rights Watch referred above, Qatar has the highest ratio of migrants to citizens in the world, with only 225,000 citizens in a population of 1.7 million. That notwithstanding, the country perpetuates some of the most restrictive sponsorship laws in the Persian Gulf region and has witnessed several cases of exploitation and abuse at their workplaces. From the same report, there were accounts of forced labour and human trafficking.

In November 2013, FIFA appealed for “economic and political leaders to join the football community in contributing to ensure that the International Labour Organization's (ILO) core labour standards are introduced quickly, consistently and on a sustained basis in Qatar.”

The majority of the migrant workers in Qatar come from Bangladesh, India, Pakistan, the Philippines, Nepal, and Sri Lanka. An estimated 506,000 of these work in construction, currently geared towards hosting the 2022 World Cup. A report by the International Trade Union Confederation (ITUC) released in 2014, titled “The Case against Qatar,” notes:

Frequent contacts with Qatar authorities since late 2011 have shown no political will or progress towards Qatar implementing labour-related commitments of the Qatar National Vision 2030 to reform kafala and ratify a further 14 ILO conventions.

There were a number of cases documented in the ITUC report which offered more proof of the incidents of harassment, discrimination, and safety of workers compromised

One of the cases is told by construction worker Jago (name anonymized for safety reasons), aged 34, from the Philippines:

I came to Doha through the recruitment agency Mayon International to earn enough money to send my children to school and to build my own house in the Philippines. I arrived in Qatar in October 2011 and immediately had to hand in my passport. I am highly qualified and trained in architectural drawing software AutoCAD and therefore expected to work in architectural design. My contract stipulated that I would be paid US$ 330 per month and that I would be provided with accommodation and a food allowance. On arrival in Qatar I found out that I would work as a construction worker in a residential construction for 60 hours per week and that I would be paid US$ 261 per month. In the beginning I received food but that stopped soon. When I take one day off from work, two days pay is deducted from my salary. This is also the case when I am sick. One of my concerns is safety at work. My employer does not provide any boots or other safety equipment, not even a uniform. I have been lucky so far not to have suffered an injury at work, but I have seen many colleagues who did. This is especially worrying me because my employer didn’t give me a medical card, and I can’t afford to go to hospital on my current salary. I am fed up with the situation and don’t see why I should suffer these conditions. I handed my resignation in, but my employer just ripped the letter up and threw it into the bin. He also told me I wouldn’t get my passport back.

The report also noted the fatal incidents that have occurred in previous major sporting activities, between the award of the event to the kick-off. In the World Cup in Russia, five workers were reported to have died, while in the World Cup in Brazil seven workers have reportedly died. So far, Qatar holds the highest fatalities at 6,500 even before the tournament kicks off.

The causes of death have been workplace accidents, traffic accidents as well as natural deaths, and suicides. Working conditions and the extreme heat arising during the summertime are also some of the other causes of the high number of deaths in Qatar.

A February 2021 article appearing in The Guardian indicated that migrants from India had the highest number of deaths, with 2,711 dead, while Nepal had 1,641, Bangladesh had 1,018 with the figures indicative of the period 2010 to 2020.

Countries including Bangladesh and Pakistan rely on the migrant workers’ remittances for their fragile domestic economies. This means that migrants’ home nations will often do little to advocate workers’ rights abroad. A complex mix of recruitment agencies from the home country, to little or no consular protection and the kafala system custodians, make the working conditions untenable, The Guardian notes.

The Qatar Supreme Committee for Delivery and Legacy (SC) responsible for the delivery of infrastructure for the 2022 World Cup issued the following statement:

We have always been transparent about the health and safety of workers on projects directly related to the FIFA World Cup Qatar 2022. Since construction began in 2014, there have been three work-related fatalities and 35 non-work related deaths. The SC has investigated each case, learning lessons to avoid any repeat in the future. The SC has disclosed each incident through public statements and or Annual Workers’ Welfare Progress Reports.

In summary, it is worthy to note that it will take more than hosting the World Cup event to improve Qatar's labour conditions and solve migrant workers’ concerns. Dr. Sebastian Son, a researcher and expert on the Arab Gulf states at the Centre for Applied Research in Partnership with the Orient (CARPO) Institute in Bonn told Qantara.de, a project run Deutsche Welle:

It is going to take more than criticism of Qatar to break this vicious cycle. What is needed is a constructive and inclusive dialogue that pools together the efforts of international organisations such as the ILO, all the Gulf states, as well as civil society actors in labour-sending countries and Europe. In recent years, many Gulf states have demonstrated an increased willingness to enter into such an exchange, as evinced by the Abu Dhabi Dialogue (…).

Both the Gulf states and the international community must do more to acknowledge their responsibility – not just on their home turf, but also in the migrants’ countries of origin. A greater effort should also be made to integrate diaspora community representatives into such dialogue. After all, it is their rights that require transnational protection.