'Landslides and flooding have now added to our challenges' 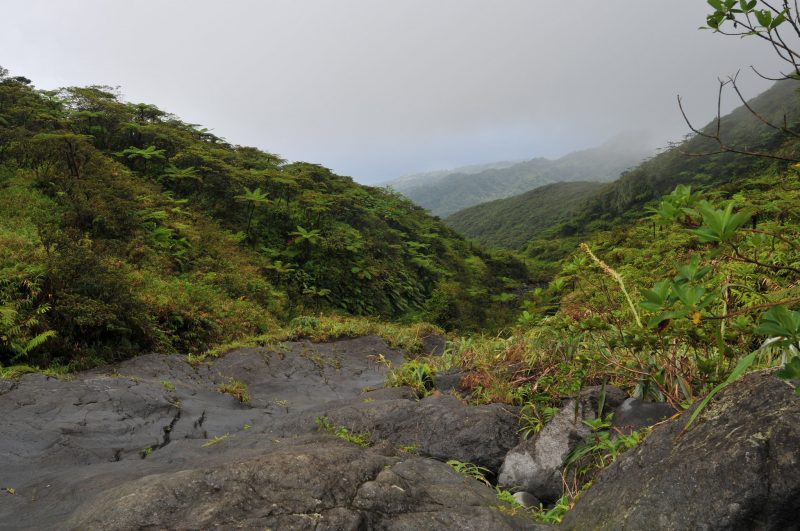 As if the ongoing volcanic eruptions and widespread ashfall from La Soufrière weren't enough, the people of St. Vincent and the Grenadines are now contending with flooding and dangerous landslides as a result of a particularly heavy bout of rainfall on April 29.

As the 2021 Atlantic hurricane season inches closer, the erosion caused by lahars—destructive volcanic mudflows—could be made worse. The loose sediment and volcanic debris the lahars carry, which can travel very quickly towards flood plains, have the potential to damage houses, cover wide areas of low-lying agricultural land, and clog rivers and streams, causing large-scale flooding:

Landslides and flooding have affected areas near the south of the island, including the capital, Kingstown. On Facebook, Lennox Lampkin, who lives fairly close to the volcano, noted:

Floods will be particularly bad where roads were not cleared as […] heavy volcanic sand blocks the drains.

[W]hile the lahars may be limited to the red zone, the flooding will be all over the country and may [in] fact impact the south far more that the north. The heavily populated areas are at risk of roads becoming muddy rivers.

Many of the video clips shared by citizen journalists showed the distressing results:

The country's National Emergency Management Organisation (NEMO) issued a press statement on April 27, noting that dangerous lahar flows had been reported in the red and orange zones, and that residents’ access to these areas would be restricted, especially since rainfall was expected to continue for the rest of the week.

Many people who live in these zones have said they feel “traumatised” at not being able to return to their homes.

Both the University of the West Indies Seismic Research Centre and volcanologist Dr. Jenni Barclay, however, emphasised the danger:

Things change.
Especially when working on #LaSoufriere
We were working with @uwiseismic in the Wallibou on Monday (left), then again today (right). Never underestimate the power of a lahar #stilldangerous pic.twitter.com/ZzfiEz929L

Many videos posted on social media illustrated the level of damage:

With rain there comes additional hazards. Reports are this morning that there have been sounds coming from #LaSoufriere. Whether there was an explosive eruption or just venting, time alone will tell. pic.twitter.com/6CGKAn04oA

The constant battering the country has had to face over the last few weeks caused some netizens to wonder how much more they could bear:

Boy we in #Vincy getting licks with #fire #ash now #water. #Rain in we tail. #svg #april2021floodsvg #StVincentAndTheGrenadines #LaSoufriere

Overnight rainfall in Saint Vincent and the Grenadines has led to Lahars (fast moving, dense mixture of rocks, ash & vegetation) that have the consistency of wet concrete & can cause serious damage. This worsens the Trauma to the SVG people.#SVG #LaSoufriere #volcano #trauma https://t.co/zts0tmllK3

As the country's resilience is put to the test, and the ripple effects of the volcanic explosions take a toll on agriculture and livestock, there are concerns about St. Vincent's food security, as well as for the survival of its wildlife, including the indigenous St. Vincent Parrot.

The country's forestry services, however, have been regularly restocking food to various bird-feeding platforms in the orange zone. They have also been carrying out field assessments of key forest habitats, not only for the St. Vincent Parrot, but also for other endemic plant and animal species, and have encouraged the public to be a part of this effort by reporting sightings of birds and animals that appear stressed.

Although the fallout from the La Soufrière eruptions has been described as “apocalyptic,” @uwiseismic posted a photo on Twitter that focused more on the country's resilience:

Photo of the day. A valley on the Leeward side of SVG impacted by the ongoing eruption of La Soufriere. Despite the damage, small green shoots still stand resilient in the face of the volcanic hazards. With time, the area will recover. Photo credit:@VincieRichie pic.twitter.com/B1cA5RaLpx

In that vein, entertainment superstars from the region, including Rihanna, who hails from Barbados; Jamaica's Sean Paul and Buju Banton, and Nicki Minaj, who has Trinidad and Tobago roots, will perform at a virtual May 23 concert aimed at raising much-needed funds for St. Vincent and the Grenadines. The University of the West Indies has also been coordinating fundraising efforts under the hashtag #RallyRoundSVG.

All the while, La Soufrière continues to evolve, and scientists continue to document the effects of its activity—including an explosion on April 22, Earth Day.

No one—not even the volcanologists who had been observing her activity even prior to the April 9 eruption—knows what La Soufrière will do next, but they all agree that she is #stilldangerous.