Blog posts describe the first and only battle fought by U.S. soldiers on Japanese soil 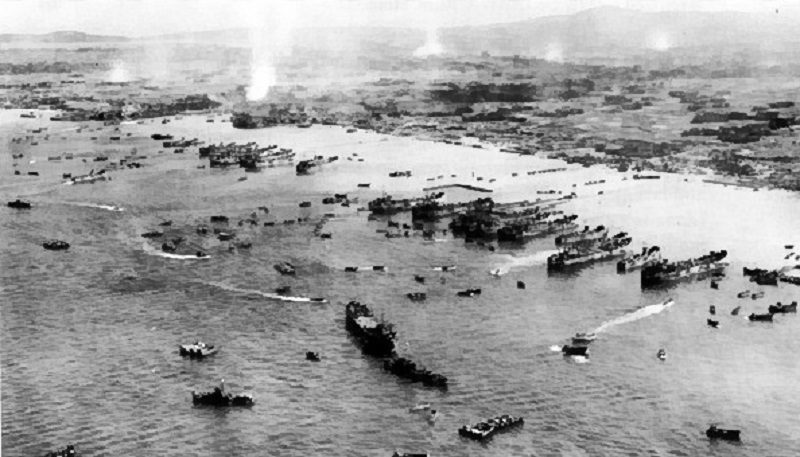 March 23, 2021, marked the 76th anniversary of the start of the Battle of Okinawa, the first and only battle fought by U.S. soldiers on Japanese soil, and one Twitter account is making daily tweets that commemorate the months-long battle by narrating it as if it were happening in real-time.

The Twitter account “On This Date During the Battle of Okinawa, 76 Years Ago” (沖縄戦、76年前の今日) shares daily links to blog posts that describe the terrible fighting, typically from the point of view of the citizens of Okinawa. The project originally launched in 2020 to mark the 75th anniversary of the Battle of Okinawa, and was relaunched this year to raise awareness and promote the history of the event.

The arrival of American forces on the island of Okinawa during World War II on April 1, 1945 officially marks the start of the Battle of Okinawa. However, the American occupation of outlying islands, and then the bombardment of the main island itself, began by March 24. An estimated 150,000 Okinawa civilians, out of a pre-invasion population of 300,000, were killed by both Japanese and U.S. forces.

Thousands of civilians were forced to flee as Americans prepared to land and assault Japanese Army positions. However, the Japanese military typically showed no regard for the safety of civilians. Many Okinawans still believe they were sacrificed during the war to save the rest of Japan.

[Image shows civilians attempting to flee from the bombardment of landing zones.]

Nearly 290,000 American soldiers took part in the invasion of Okinawa, and were opposed by 150,000 Japanese troops. In advance of the American landings, Japanese forces destroyed infrastructure, including bridges, to slow the advance.

As documented on the On This Date During the Battle of Okinawa blog, a fifteen-year-old youth who had been forcibly recruited by the Japanese Army into a “Homeland Defense battalion” (護郷隊) said:

“The Homeland Defense battalions had destroyed bridges and toppled pine trees in order to obstruct American forces. However, the Americans were able to quickly rebuild bridges and bulldoze pine trees out of the way. […] In the end, only the residents were blocked [from fleeing].”

The Twitter account and its accompanying blog gather historical documents and material from a variety of sources, including Japanese-language books, first-hand accounts, and archives in both the U.S. and Japan. For example, the Okinawa Prefectural Archives preserves many images of the Battle of Okinawa, such as the photo in the tweet below, which appears to have been taken originally by the U.S. Navy, following the fall of the heavily defended First Shuri Defense Ring on April 23, 1945:

The Twitter account and the accompanying blog also document some of the frequent, and perhaps lesser-known atrocities experienced by Okinawan civilians during the battle.

One such story is the fate of of civilians ordered to evacuate from outlying Ishigaki Island by Japanese military forces on July 2, 1945.

After being ordered to evacuate, two ships transporting civilians were attacked by U.S. planes. The ships would eventually drift to the uninhabited Senkaku Islands far to the southwest of the Japanese archipelago. At least 50 people died during the attacks or starved to death.

As one survivor of the attack reported later:

In the middle of the ocean, there are no air-raid shelters, and no grass to hide in.

American forces did make some attempts to spare the lives of civilians. By early June 1945, several thousand Japanese soldiers and tens of thousands of civilians had been pushed into mountainous terrain to the north of the landing zone. The U.S. military dropped leaflets, urging civilians and soldiers alike to surrender.

[Twitter caption] June 17, 1945: Leaflets promised to spare the lives of civilians and soldiers.

The child soldiers in the image above were likely members of the Tekketsu Kinnotai (鉄血勤皇隊), military units of boys 14 to 16 years old hastily conscripted and then sacrificed to fight the invading American forces.

Girls as well as boys were forced to enlist in the face of the U.S. onslaught. Female high school students were conscripted as nurses and medical orderlies to tend to wounded soldiers, often right in the middle of the fiercest fighting. The Himeyuri “Lily Princess” Corps are among the most famous of these units, but there were others, including the Orchid Corps  (なごらん学徒):

As U.S. military forces inevitably closed in, the student nurses experienced the full brutality of war, including artillery bombardment and attacks with flamethrowers. As one student reported:

I thought that I was going to die in the heavy shooting that followed the shelling, like Japanese soldier who was nearby, but I was helped away by two classmates and was able to evacuate.

Most of these student nurses actually survived the initial battle, but towards the end of the Battle of Okinawa, many were subsequently killed in the crossfire after being dismissed by the military and told to go home.

Most fighting on Okinawa ended on June 21, after Japanese forces requested a ceasefire. For many civilians in Okinawa it meant the end of war and the end of danger. Yet sporadic fighting still continued in various pockets of Okinawa, until the Japanese Emperor announced his country's intention to surrender on August 15, following the atomic bombings of Hiroshima and Nagasaki.

By early September, holdouts on Okinawa were persuaded that the war was finally over, and that they were free to surrender. One group of soldiers, hiding in the forests of northern Okinawa, and out of communication from the outside world, were approached by a former Japanese junior officer:

[The ensign said], “The war ended on August 15. Your life is guaranteed by the Geneva Conventions,” he said. “You have performed well and have accomplished your mission.” We were just dumbfounded — this was just out of the blue. We couldn't believe it.

The official surrender ceremony that would end the Battle of Okinawa was held the following day, on September 7, 1945.