Twitterati on both sides of the border have expressed solidarity 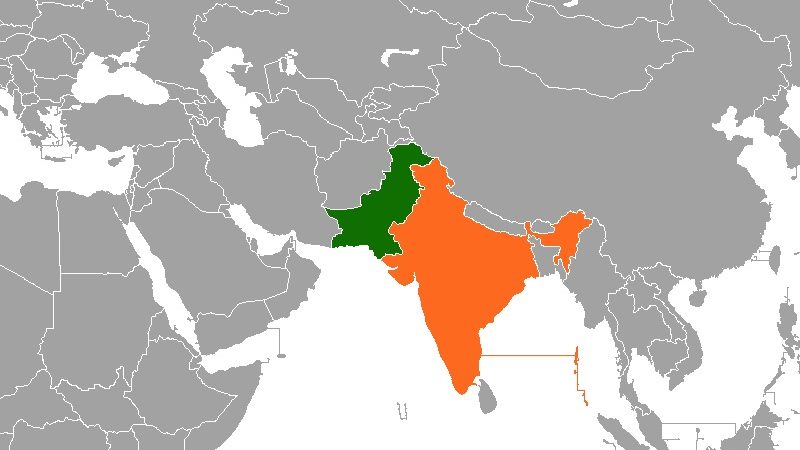 Pakistan and India. Image by Grubb via Wikipedia. CC BY-SA 3.0.

In the last few weeks, India has seen a staggering spike in COVID-19 infection and death rates, highlighted by news of lack of oxygen in hospitals and images of rows of burning pyres. On April 29, India reported another global record of 3,79,257 new COVID-19 cases and 3645 deaths in the past 24 hours, while experts are saying that the real numbers may be higher than the official counts.

As Indian health infrastructure struggles to contain the crisis and Indians seek help on social media in search for essential drugs and oxygen cylinders, an offer of support and resources came from an unexpected government: neighbouring Pakistan, with whom India has a longstanding rivalry.

While India is yet to respond to Pakistan's offer, Twitterati on both sides of the border have expressed solidarity, resulting in amiable hashtag trends such as #PakistanStandsWithIndia, an uncommon stance between the two states. Some Indian actors have thanked Pakistan for their support.

South Asian neighbours India and Pakistan have had a tumultuous relationship, complicated by their historical wars and nuclear-armed statuses. Past attempts to reconcile this relationship have worsened over the Kashmir crisis, which both countries lay claim on. Hence, support from Pakistani citizens during India’s moment of crisis received widespread appreciation with the hashtag #PakistanStandsWithIndia going viral.

I want to express our solidarity with the people of India as they battle a dangerous wave of COVID-19. Our prayers for a speedy recovery go to all those suffering from the pandemic in our neighbourhood & the world. We must fight this global challenge confronting humanity together

As Pakistan fights its own battle with COVID-19, having reported 815,711 cases, 708,193 people have recovered while 17,680 have died since last year. So far, Pakistan has administered 1.84 million vaccine doses and another one million doses of vaccine were airlifted from China.

Given the rising cases in India, Pakistan's Interior Ministry issued a notification on Sunday, April 25 that allowed the Provinces and Federal Territories to seek the Army's help to enforce standard operating procedures (SOPs) in public spaces to curb the spread of the virus.

Officials and state protocols aside, the two nations were also brought closer by the crisis. Chairman of Abdul Sattar Edhi Foundation, a Pakistani non-government humanitarian organisation, wrote a letter to Indian Prime Minister Narendra Modi on 23rd April, expressing concern over the rapidly-deteriorating scale of COVID-19 crisis and offering to send 50 ambulances.

Head of Edhi Foundation, Faisal Edhi wrote a letter to Indian Prime Minister Narendra Modi offering help. He would send 50 ambulances and a team of volunteers to help India at such a time.

Social media users welcomed the decision and supported the thawing of cold ties between the two nuclear-armed rivals.

This is immense as much as it is important. Let us hope the Indian government allows the Edhi Foundation to support. Heartwarming to see such compassion and kindness being shown by Pakistani organisations & people toward India’s tragedy. #PakistanstandswithIndia https://t.co/x0TsxtUvBC pic.twitter.com/M4oLl0VxCr

Heartening to see #IndiaNeedsOxygen #IndianLivesMatter trend at top in Pakistan. Shows that people have hearts in the right place

Prayers with people of India. I hope things come in control soon & their government is able to handle the crisis better. We are all in it together. #IndiaNeedsOxygen #IndiaFightsCOVID19 #oneworld

Shame on you Faisal @FEdhiOfficial Kashmiris are dying and u r offering help to their mur*er**s point scoring n fame ki zarurat nae Edhi is a respectable name you should consider sentiments of Kashmiris first https://t.co/2VzTnk7ShB