Moldovan law enforcement and independent journalists are investigating the case 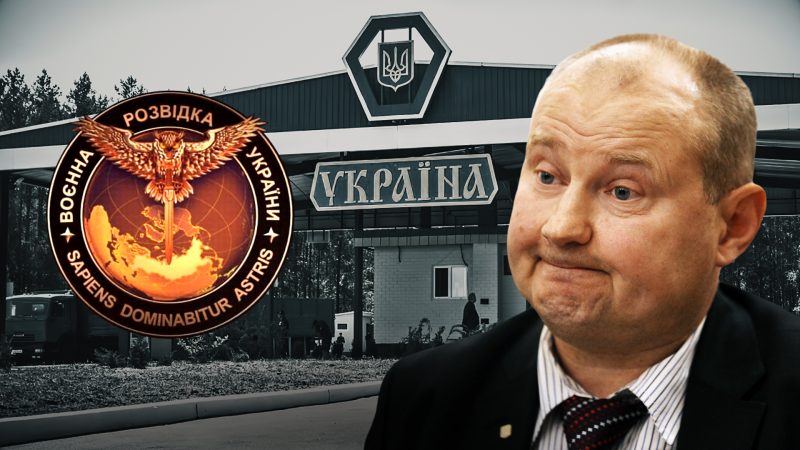 In early April, Mykola Chaus, a Ukrainian judge, was allegedly abducted by unknown individuals in Chisinau, the capital of Moldova. Chaus had escaped to Moldova in 2016 from Ukraine, where he is under investigation on charges of accepting a hefty bribe.

Five days before his disappearance, Chaus featured in a joint investigation by reporting teams from RISE Moldova (an investigative website where I work as a journalist) and Slidstvo.info (a Ukrainian investigative journalism outlet), retracing the events around the judge’s undercover arrival in Moldova in 2016. Another investigative report was released five days after Chaus’ alleged kidnapping and focused on his disappearance in Chisinau. This piece for Global Voices summarises our investigations of Chaus’ story, the alleged involvement of Ukraine’s secret services in his relocation, and the background of the corruption scandals currently complicating Ukraine’s relationship with Moldova.

Mykola Chaus, a judge at the Dniprovsky district court in Kyiv, the capital of Ukraine, first made headlines on August 9, 2016, when detectives from Ukraine’s National Anti-Corruption Bureau (NABU) caught the official red-handed while split-hiding a bribe of $150,000, which he had extorted and received earlier that year, in two glass jars. Because the judge had immunity from prosecution, he avoided immediate arrest and made himself scarce. Despite multiple subpoenas from prosecutors and an international manhunt launched by Ukrainian law enforcement, several weeks later Chaus managed to escape the prosecution and left Ukraine.

Once he arrived in Moldova and settled in Chisinau, the fugitive requested asylum on the grounds of political persecution. This ongoing judicial appeal process allowed the magistrate to postpone his extradition, requested by Ukraine in 2017 in connection with corruption charges levelled against Chaus, by four more years.

Ironically, the Moldovan Parliament has recently recognised corruption as a “national disaster” and “the key threat to freedom, security and wellbeing” in a declaration adopted in June 2019 after one of the country’s richest oligarchs, Vladimir Plahotniuc, escaped Moldova after his party was ousted from power by an opposition coalition.

Plahotniuc, a former lawmaker and chairman of the ruling Democratic Party of Moldova (DPM), was widely considered the informal ruler of the republic, despite not holding any public office for several years. His influence was buttressed by a clan of friendly public officials who governed Moldova at his behest.

Among other things, Plahotniuc is also a past business partner of former Ukrainian president Petro Poroshenko. Thus, the choice of Moldova as a refuge country for Chaus was an obvious solution, according to the shared opinion of law-enforcement officials in Kyiv and Chisinau, who spoke off the record.

A “pocket judge” who knows too much?

In Kyiv, the fugitive judge was often referred to as Poroshenko’s “pocket judge”, as he was allegedly privy to the various court cases the ex-President’s team was involved in and to the routine “justice-by-phone” influence on court proceedings exerted by politicians. This also meant he was a potential witness in any future investigations of abuse of power or persecution of political opponents by the former head of state.

In an interview with Global Voices, Yevgenia Motorevska, Ukrainian investigative journalist with Slidstvo.info and contributing author to the Chaus investigations, said there were several parties in Ukraine interested in Chaus’ whereabouts:

His speedy return to Ukraine is of interest to the current government of President Volodymyr Zelenskyy. Mykola Chaus is a valuable witness in one of the criminal cases also featuring Ukraine’s former President Petro Poroshenko. The latter is currently Zelenskyy’s main opponent. The current government has repeatedly indicated their intention to prosecute Poroshenko on criminal charges.

Motorevska says that the judge’s disappearance “could also be convenient for former President Poroshenko” as it would distract from the ongoing investigations into his own activities.

Chaus’ return to Ukraine was seen by many as beneficial for Zelenskyy’s team – until he was abducted on April 3, 2021. The alleged kidnapping incident could raise uncomfortable questions for both Zelenskyy and his Moldovan counterpart, President Maia Sandu.

Media in both countries are now speculating that the judge’s abduction could have been jointly organized by the secret services of Ukraine and Moldova with the tacit blessing from both Sandu’s and Zelenskyy’s offices. However, any evidence to support these claims has yet to emerge.

Sources in Moldova’s Ministry of Foreign affairs told us that in the two weeks after Chaus’ disappearance President Sandu made at least three attempts to contact her Ukrainian colleague by phone to discuss the incident, but never succeeded.

At the same time, Kyiv officials have denied any connection to Chaus’ disappearance. Andrey Chernyak, a spokesperson for Ukraine’s Main Intelligence Directorate, called the abduction “a provocation of Russian secret services”.

While the Ukrainian authorities deflect blame, Moldova has been actively collecting evidence about those involved in the abduction as part of an active criminal investigation. This reporter was able to review some of the details of the case. Based on these materials and on the other open sources used by the RISE Moldova and Slidstvo.info reporters, several conclusions can be drawn.

First, the Moldovan criminal investigators have seemingly been able to trace the movements of most of the possible persons of interest in the case, from their arrival into Moldova from Ukraine and until their exit from Moldovan territory.

Both the facts collected by the official criminal investigation and the information obtained by our international investigative journalist team suggest that the abduction was a special operation, planned at least a few months in advance. As of April 20, our team has been able to locate and identify five fake Ukrainian passports, whose owners left Moldova on April 3 – the day that Chaus was abducted.

In fact, the disappearance operation could have involved both persons who arrived from Ukraine in February-March 2021 and individuals who had been residing in Chisinau for several years. Among them is Serhiy Smetanyuk, a military attaché of the Ukrainian embassy in Moldova. He left Moldova for Ukraine on short notice in a vehicle with diplomatic license plates a few hours after Chaus is known to have disappeared. Investigators believe that the abducted person could have been in the vehicle. Ukraine has so far not granted Chisinau’s request for the removal of the diplomat’s immunity in order for him to be questioned by the investigators.

The reporting team has cross-checked information on about 20 potential persons of interest provided by sources close to the Moldovan investigation against official open state registries of Ukraine. Some of the individuals in question have previously worked in Ukrainian law enforcement.

The official criminal case also includes facts unearthed by the RISE Moldova and Slidstvo.info reporting team that were published in our second investigation, released after Chaus’ disappearance. Among them is the double identity of one of the Ukrainian persons of interest in the abduction case, who is known to have connections to Ukrainian intelligence.

Overall, the criminal case file is chock-full of facts uncovered by investigative journalists. For instance, there are photo snapshots from dozens of CCTV cameras whose video streams from the day of Chaus’ disappearance were analysed by our team.

A case with political repercussions

Aside from the official investigation, the Moldovan Parliament is also scrutinising the key facts of Chaus’ arrival in Chisinau and his subsequent disappearance. Moldovan lawmakers have even formed a special investigative committee on the matter.

A special meeting of the committee behind closed doors recently heard evidence from Moldovan law enforcement officials; this reporter also was invited to speak about the collaborative investigation. The lawmakers were especially interested in the open-source intelligence (OSINT) methodology that the reporting team used to gather evidence for the investigative report on the abduction case, titled “A judge for smuggling”.

The members of Parliament found it surprising that in just a few days a handful of journalists from Moldova and Ukraine had managed to collect video evidence from CCTV cameras, verify departure records of the ten key persons of interest in the abduction case, review their biographies and past job histories, and even uncover a fake passport used by one of the suspects. Some of the persons of interest even provided comments on the investigation (video in Ukrainian).

Sources close to the official Moldovan investigation told this reporter that it is regrettable that “instead of strengthening cooperation between Kyiv and Chisinau Ukrainian security services were recklessly acting on their own without informing the Moldovan side and making the Moldovan security system as a whole look bad”.

One of the members of the special parliamentary committee pointed out in a comment to GV that “in the current political climate this incident plays into the hands of the Kremlin and “kremlinovici” (a term used to describe Moldovan political actors supportive of Russian authorities)”.

According to the lawmaker, who asked to remain anonymous due to the ongoing investigation into Chaus’ case,

…to rebuild trust, the Ukrainian side should either acknowledge their participation in this controversy or assist in identifying the real culprits and their handlers who may be connected to the abduction. The acknowledgement could be public or private, but must provide notice of substantial detail through the law enforcement channels.

Experts who spoke to this reporter believe that the abduction of the judge could lead to a temporary cooling-off of bilateral relations between Moldova and Ukraine.

Whatever the outcome, both the story of Chaus’ escape to Moldova and the fact of his disappearance demonstrate the risks that the continued use of law enforcement and judicial powers by political elites in Ukraine and Moldova for personal gain poses for regional security.

Aleksey Tulbure, director of the Institute of oral history of Moldova, believes the two countries “have an opportunity to seek joint solutions to similar problems (such as separatism) and set joint priorities in homeland and foreign policy, as well as build mutual understanding between heads of state. Squandering such an opportunity would be unacceptable”.