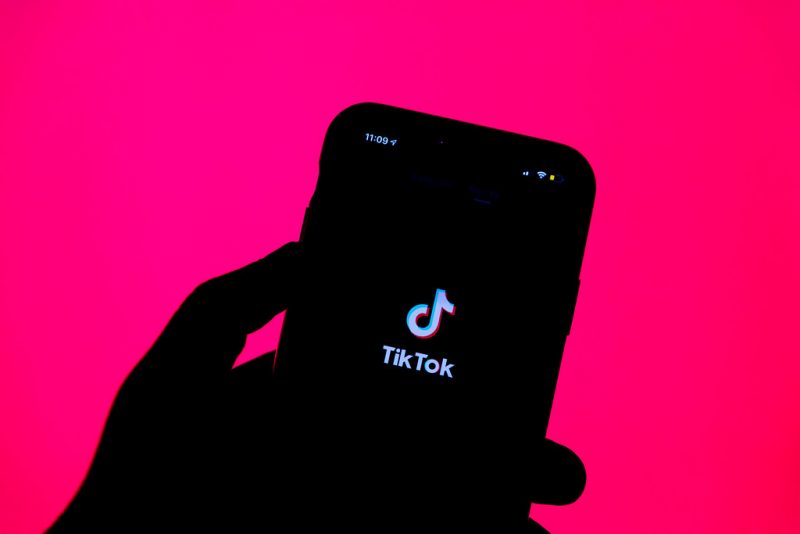 “TikTok” by Solen Feyissa is licensed under CC BY-SA 2.0

TikTok’s growth in the African continent has been phenomenal. In 2019, TikTok became the second most downloaded app in South Africa, after Facebook Lite, and is estimated to have more than 6 million users in that country, according to the 2020 SA Social Media Landscape report. The app currently ranks as the third most downloaded social media app among Nigerians in the Google Play Store, and sixth among Kenyans.

Although TikTok's largest user bases are still outside of Africa, it seems that moves by its parent company ByteDance to woo young African creatives to the platform are paying off.

According to a March 2020 story by Quartz:

When TikTok first looked at the African market in 2018, it had barely been searched by Africans on Google trends. Today, hits for TikTok top searches for terms like “influencer” in the apps three key markets: Kenya, Nigeria and South Africa.

TikTok’s massive popularity globally has been attributed to its appeal to Millennials and Generation z for its support of a mix of music, lip-sync videos, and micro-video content. With Africa's massive young population, it's no surprise that the app caught on there. As Weetracker.com notes:

For many reasons, TikTok’s attention to Africa makes absolute sense. The reason being that Africa is the world’s youngest continent with a median age of 20 years, in comparison with India which is 27, and America which is 38. This presents greater access to its target audience; the so-called Millennials and Gen Z.

The platform is already nurturing outliers within the continent: Female content creators who are using the app for more than just lip-syncing dance routines and viral challenges. This breed of political satire analysts and humanitarian TikTokers are using the app to create awareness about issues such as politics, hunger, and bad governance.

Kenyan comedian Barbara Nyambura, who joined TikTok in 2018, has found a niche with her tongue-in-cheek critique of African governments. Her lip-synched commentary videos poke fun at political statements, news, and current affairs using humor and satire that goes beyond just entertainment.

Politics, however, hasn’t always been her forte. A look at her first videos indicates that her initial brand of comedy was more on lipsynching black comedians and enacting satirical videos of Kenya’s society. It was not until 2020 that she began making political videos, such as reactions to Kenyan news or government announcements.

Her first video marking this turning point in her content was a reaction to the news that the government would be conducting another exercise to capture biometric data as part of its initiative in the registration of persons in the country.

It is her latest videos that have brought her to have a cross-over appeal beyond TikTok onto Twitter, Instagram, and even Whatsapp.

In Zambia, Dora Moono Nyambe, a 28-year-old primary school teacher, is using the platform to document school life in the rural village of Mapapa.

Nyambe left her teaching job in China a year ago. Together with her seven adopted children, she moved to Mapapa, a rural village near her home where she began holding school lessons under a tree.

Since joining TikTok, she has attracted 2.1 million followers to her account and 56.7 million likes to her videos, with some of them getting as many as 36 million views.

A September 2020 story on Nyambe that appeared on Boren magazine reported:

While she first created her TikTok account in March 2018, it wasn’t until May 2020 when Nyambe began to upload and attract attention to her account. After receiving hundreds of thousands of views on her initial videos on Mapapa, many viewers asked how they could help support her vision of improving children’s way of living in Mapapa. On May 14, 2020, Nyambe, with help from a fellow missionary in the United States, created a GoFundMe page for the village.

Although her initial GoFundMe goal was to raise 6,000 USD, she quickly surpassed that and has so far raised approximately 80,000 USD.

@doramoononyambeYou thought it was just the boarding house? Well, give a house I’ll make it a home ##life ##can ##be ##what ##you ##make ##be ##thankful♬ FLY TO YOUR HEART – Selena Gomez

Recently, Dora Nyambe was announced as the new Goodwill Ambassador for The Hunger Project. A press statement shared with Global Voices by the anti-hunger and anti-poverty nonprofit organization said:

Dora, 28, will use her platform to reach her 2.1 million followers on TikTok to educate the world about hunger and poverty and the impact we can have when we commit to ending hunger together. Dora’s TikTok features content from around her life in Zambia, the free school she runs and of her seven adopted children, ages 3-19.

In the statement, Dora shared her reaction to the announcement:

I love what The Hunger Project stands for. […] I am passionate about ending hunger and I hope I can use my platform and influence to drive our goal to end hunger. I know we can reach so many kids and impact so many lives. For me, being an Ambassador means doing something that is not just about myself.

Nyambe shared her future goals with Pov21.com, saying that she is planning on building a boarding school to provide her students with the best quality of life she can. This, she noted, was very important because there are still a lot of African children who have dreadful situations at home, from abusive parents to not having the basic needs met.

Dr. Ndlozi, who is also the EFF spokesperson, earned a reputation as ‘The People's Bae” due to his eloquence, good looks, and quick-witted jabs that have turned the South African parliamentary debates into one of the most dramatic if not humorous spectacles in the continent.

Esther, who began creating content on YouTube in 2016 before moving to TikTok, has since diversified her coverage of the South African parliament after her fans made requests to cover parliamentary proceedings from other countries, such as Kenya, Somalia, Ghana, Namibia, and Malawi.

These women are perhaps the pioneers in showing another side of TikTok that most of us don’t get to see. They are demonstrating that this platform can and might become the Twitter of its generation – a medium for discussion about pertinent issues, in ways that prompt real-life action and change.