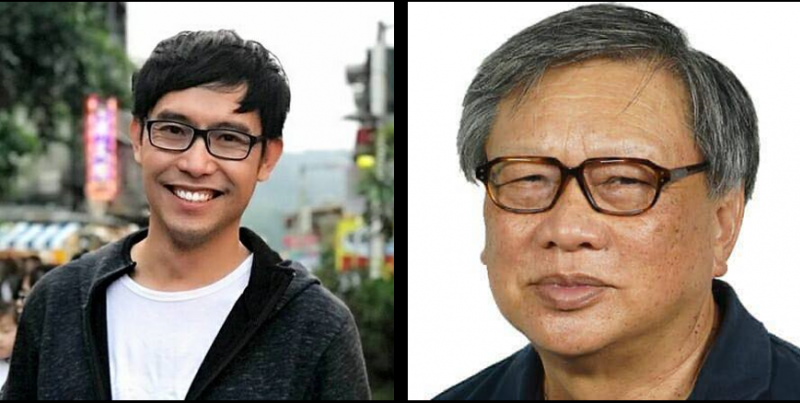 On March 24, blogger and financial advisor Leong Sze Hian was found guilty [2] of defaming Prime Minister Lee for sharing [3] a Facebook post in 2018 that linked to an article alleging the involvement of the Singaporean leader to a corruption scandal in Malaysia.

Leong removed the post but he was still slapped with a defamation suit by Lee. Leong was ordered by the court to pay S$133,000 (USD 100,300). This prompted Leong to launch a crowdfunding campaign, which succeeded [4] in raising the target amount in just 11 days.

Leong’s success inspired fellow blogger Roy Ngerng to crowdfund his defamation payment to Lee. In 2014, Roy accused Lee of misappropriating Central Provident Funds, a federal social security fund intended to support the elderly. Roy later apologized for his blog post but Lee rejected the apology and charged [5] him with defamation.

The cases of Leong and Roy highlight the persecution faced by critics, including ordinary citizens, who express dissent on online platforms. But the surprise success of the crowdfunding campaigns by both bloggers could indicate a desire for greater protection of free speech.

Leong reached his target fund on April 4, which led him to dub [8] his success a “miracle on Easter Sunday”. More than 2,000 individuals supported his campaign. He penned these lines on Facebook, reflecting on his two-year legal struggle:

He revived [9] his crowdfunding campaign after learning that Lee is seeking [10] reimbursement of legal costs amounting to $130,000 (USD 98,000) – meaning Leong is set to pay a quarter of a million dollars for sharing a post on Facebook.

Roy lost his hospital job after being hit by the defamation suit. Unable to find employment, he left for Taiwan. His crowdfunding success means [11] he can now return to Singapore without worrying about going bankrupt.

Up until a week ago, it felt like this, that I would never be able to return home to Singapore, for fear of the defamation suit and threat of bankruptcy hanging over my head.

But over the last week, you have rallied together and helped make it possible for me to return again. I am so grateful.

Around 2,122 individuals contributed to Roy’s campaign and donations continue to pour in, despite him already reaching his target. He has vowed either to return the excess [12] donations or pay them forward to Leong and other journalists who are also facing defamation charges.

He told us that the success of his crowdfunding campaign could be a sign that many citizens are unhappy over the persecution of critics and activists:

People who joined in the crowdfunding movement did so for various reasons, but the consistent theme is that they no longer want to see people who speak up or raise questions on important issues be sued or charged simply for doing so.

There is lesser tolerance for such high-handed oppressive actions, and the government's [continued use of] legal tools for political persecution will ultimately backfire on them, when Singapore's citizens view the government as silencing debate, instead of being willing to engage in the concerns of Singaporeans.

As Singapore becomes more and more unequal and poverty rises, people want debates on these issues, as well as answers and solutions to them. They are beginning to realize that the persecution of activists, journalists and members of the opposition is counter-productive to developing effective conversations and policy solutions, and increasingly understand that the government's use of legal tools to quell dissent has instead curtailed the space available for critical discourse.

He added that the crowdfunding could be interpreted as a “form of targeted resistance” against the hardline tactics of the government against critical individuals:

The democracy movements across Asia are also [making] Singaporeans [more sensitive] to the understanding that democracy can bring about better social changes, and Singaporeans are gradually becoming more accepting of the need for some form of social resistance against the powers that be, in order to achieve social justice. The… crowdfunding movement is an example of such a form of targeted resistance against the government's financially based persecution method against individuals.

Roy’s team has informed [13] Lee and the court that he now intends to pay the remaining balance of his fine in a lump sum.