Chinese netizens made a scapegoat out of the popular food blogger amid a diplomatic row with the U.S. 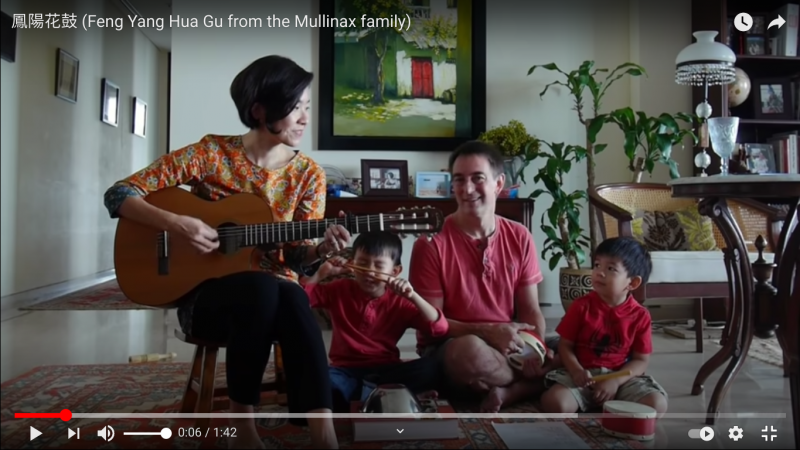 Research conducted by Doublethink Lab, a disinformation analytics organization based in Taiwan, claims that the massive smear campaign targeting Chuang Tzu-i, the wife of the former United States consul general in Chengdu, was amplified by media outlets affiliated with the Chinese Communist Party.

An anthropologist by background, Taiwan-born Chuang Tzu-i is a famous food blogger writing about Chinese cuisines and cultures. Her mother is Sichuanese and, for that reason, she shows a special attachment to Chengdu, the cultural center of Sichuan province. She settled in the city soon after her husband Jim Mullinax was appointed as the U.S. consulate general in Chengdu in 2018. A year later, she was named cultural and tourism ambassador for Chengdu. Her popularity is etched in her husband’s nickname「四川女婿」or “the son-in-law of Sichuan.”

In June 2020, Chuang said in a post on Weibo that, by order of the U.S. State Department, she and her family were being evacuated from China in response to the spread of COVID-19. She described how they were given 48 hours to book air tickets, hostels and pack their luggage. In her long farewell piece, she described her feelings:

A thought crossed my mind about whether [our evacuation] was similar to the Jews having to flee their homes to escape from the Nazis during WWII. Then I shaked my head. I do not want to be too emotional. I told myself that I will be back home soon.

A few weeks later, tensions between the U.S. and China peaked, with the former ordering the closure of the Chinese Consulate-General in Houston on July 23, and China retaliating by closing the U.S. Consulate in Chengdu on the next day.

That was when Chuang was targeted by a massive smear campaign on social media that focused on her farewell post.

Her heartfelt letter was interpreted as a comparison between China and Nazi Germany. Even though Chuang then apologized for the inappropriate analogy, the harassment did not stop. Eventually, she suspended her Weibo account, which had more than 650,000 followers in order to avoid hateful comments (such as: “I hope your mongrel kids get bitten by dogs, run over by a car and die like dogs”).

This past January, Chuang wrote a Facebook post thanking those who had been supporting her. Again, she was flooded with hateful messages.

On January 22, Mullinax described on his Facebook page the intensity of the two waves of trolling targeting his wife. He said of the first wave:

Following the closure of the Chinese Consulate in Houston, Chinese trolls, commonly known as 五毛, (wu mao – “fifty cent-ers” because they reportedly get paid 50 cents by the government for each post) began attacking Tzu-I as a spy, a whore, and a closet revolutionary who used her popularity as a food writer and musician to lay the seeds for a color revolution in China. Many of them went into painful details about wanting to rape her, kill her, abuse our kids, and hurt our family. (…) It wasn’t just the trolls, many of the so-called big Vs (verified social media accounts with hundreds of thousands or millions of followers) also joined in… Voices brave enough to defend her were quickly shouted down or “disappeared” by Chinese censors. Many of her friends have been harassed […]

In the second wave of the trolling, Mullinax says, Chuang was portrayed as a spy:

(…) a new series of lurid rumors started circulating – that Tzu-I and I were never married and that she was assigned by Taiwan intelligence to accompany me to Chengdu as a sex slave, with a mission to foment a color revolution in China. That she entered China as my domestic servant, rather than on a diplomatic visa as my wife. That I have another family in the U.S. and that I discarded her and our boys as soon as I got back home, leaving her alone and homeless. That she is a professional prostitute who lets anyone use her so long as she can promote Taiwan, Hong Kong, or Tibetan independence. It’s almost too ridiculous to get upset about. Yet it’s been circulating like wildfire across Chinese social media. (…)

In addition to the online attacks, the location of Chuang’s residency in the U.S. was exposed. Her family and friends have also become targets of harassment, according to the Wall Street Journal.

Meanwhile, China’s Foreign Ministry denied any state involvement in the campaign against Chuang. The Ministry told The Wall Street Journal:

China has a free internet, its users can freely express their opinions, and Chinese media is unbiased, truthful and accurate…

But according to Doublethink Lab’s research, the social media storms surrounding Chuang Tzu-I were triggered by news stories published by government and CCP-affiliated media outlets, which cited and amplified groundless and defamatory comments from online accounts. The media reports then were shared in even more insulting posts across several platforms.

As shown, the first wave of the smear campaign surrounding Chuang emerged soon after the announcement of the closure of the Chinese Consulate in Houston on July 23.

As the Chengdu U.S. Consulate found itself at the center of a Chinese social media storm, Chuang became a scapegoat with online patriots digging into her social media history.

The claim that she had compared China and Nazi Germany, made by a few netizens, was then cited and reported by the hawkish nationalistic site Guancha.cn in Chinese and the Chinese Communist Party-affiliated Global Times in English on July 26. Guancha’s story was republished on the same day by the Chinese Communist Youth League’s official Weibo account and by the CCP-affiliated digital newspaper The Paper.

The first wave peaked one day later after a large number of online media outlets reproduced Guancha’s story — and added even more defamatory commentaries. For example, Read01, a popular content farm that uses search engine optimization for general revenue, published a piece on July 27 portraying Chuang as a failed scholar with no talent whose popularity stemmed only from her husband and his family background. As a result, the Weibo post that Chuang wrote on June 30 went viral with more than 5,000 shares and 8,000 comments.

According to Doublethink Lab, the second wave was triggered by a report published on January 5 by Want Want China Times, a pro-Beijing media group in Taiwan, about Chuang’s Facebook post in early January. The post described briefly how she, her family, and friends had been trolled on social media and via private messages in the past few months and that she would like to thank those who had stood by her in difficult times. However, the papers ran the story with the following headline: “Taiwanese female star called a ‘sex maid’ for marrying diplomat; she reveals her story of misery” (台灣女星遭指「陪睡丫頭」 嫁美國外交官吐心酸內幕).

China Times’ report did not make an obvious impact on Chinese social media until the Hong Kong-based, China state-funded newspaper Ta Kung Pao recycled the story on January 8 with a new headline “Taiwanese female star was called a ‘sex maid’ of American diplomat, netizens suspect Chuang Tzu-yi has been dumped” (台女星被指美外交官“陪睡丫头” 网民怀疑庄祖宜遭抛弃). On the same day, prominent social media influencer Sima Nan published a video commentary suggesting that Chuang’s online popularity was a “political project” to influence the Chinese public into support for the independence of Taiwan, Tibet, Xinjiang, and Hong Kong.

The peak of the second wave was on January 9, one day after the publication of Ta Kung Pao’s report and Sima Nan’s commentary.

The smearing campaign continued with more vulgar accusations made by verified accounts with high visibility, such as Digua Xiong Lao Lui, who depicted Chuang as a demon-like “enchantress” who uses sex and charm to seduce the U.S. diplomats and the public.

There have been abundant researches and investigations from human rights and technology communities showing that China's internet isn't “free” nor “its users can freely express their opinions,” as its Foreign Ministry described in a reply to The Wall Street Journal. The pattern of reports citing defamatory comments during the two trolling waves showed that Chinese media can be far from “unbiased, truthful and accurate”.