A sex worker from North Macedonia speaks: ‘Those who pay us do not own us’ 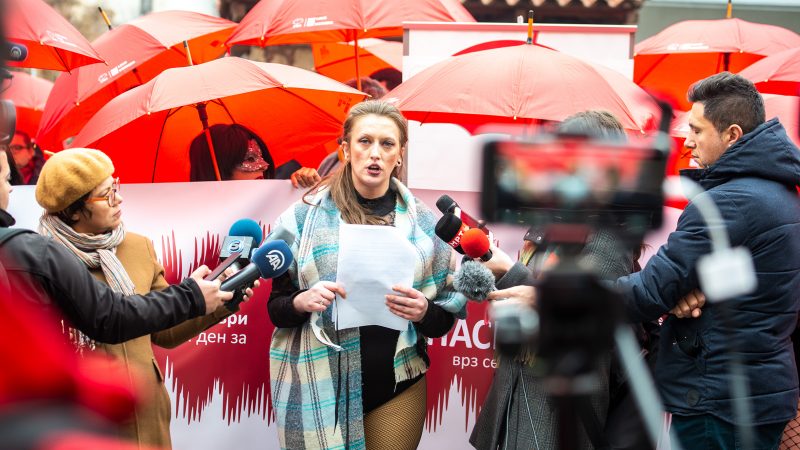 When we think about sex work, what do we most often think of? The stigma? Whether sex workers are physically safe? What are their clients like? And what do those close to them think of their work? Marija Mitkoska, a reporter for Frontline, an online news magazine in North Macedonia, talked to sex worker Monika Tasevska. Frontline kindly allowed Global Voices to republish the interview here, translated into English by CIVIL.Today.

Frontline: Who is Monika Tasevska? 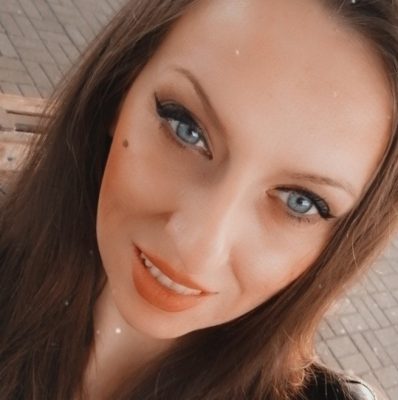 Monika Tasevska (MT): I am Monika Tasevska – primarily a mother, human rights activist, worker… I work as a regional coordinator for the NGO STAR, the first sex workers’ collective in the Balkans, and at the same time I am a sex worker.

Frontline: How long have you been doing sex work? How did you start doing this work? Was it a personal choice?

MT: I started doing sex work about 10 years ago, when I was left without the job I previously had as an administrative worker in a private firm, so I had to try to find a way to earn money. I knew people who had been doing sex work and through their contacts I also starting working. Because of the stereotypes imposed by society, which I also believed, I thought I would work for some time and then stop, but with time I realized that it is a job like any other, and it was my personal choice to continue doing sex work.

Frontline: Why “sex work” and “sex workers” instead of “prostitute” and “prostitution”?

MT: The term “prostitution” comes from the Latin word that means “exposed, dishonored” and has a negative connotation, as it is associated with stereotypes and stigma. This term is used when we want to insult someone – and “prostitution” is characterised as being a job only for women. Whereas the terms “sex worker” and “sex work” are terms originating within the sex worker community, allowing for commercial sex to be considered an economic activity – that is, a form of employment – and better describes the types of sex work that are involved in the sex industry. At the same time, it does not restrict gender inclusion in sex work. 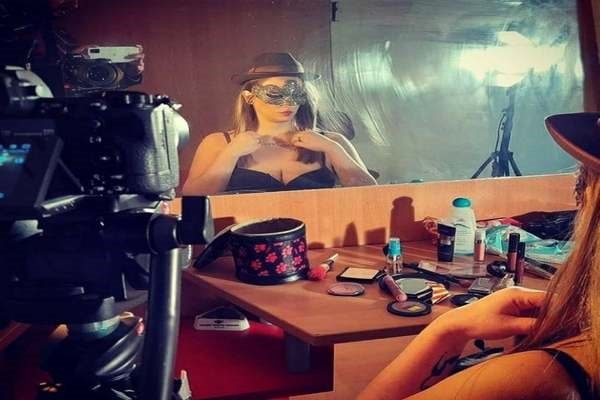 Frontline: We know that apart from this job, you also do other work. How profitable is sex work as an independent person in North Macedonia?

MT: Currently, my primary job is at STAR, I do sex work occasionally as needed. As a sex worker, the most important thing is investing in yourself. The more you invest in yourself, the more profitable it is. Still, as with any job, the earnings from sex work are individual.

Frontline: Considering that we are in the midst of the Covid-19 pandemic, how does this affect your work? Do you have regular clients?

MT: With the pandemic, sex workers have experienced a social and economic crisis – there are people who have not worked at all for a year now. On the other hand, others – having no other way of earning – are risking their own health, and the health of those close to them and continuing working. Some have lost their homes because they don't have the means to pay the rent. I personally, since the start of the Covid-19 situation, meet only with regular clients, with whom I have mutual trust and who I can believe will not endanger my health and vice versa.

Frontline: Why do you think that married men, and women, decide to seek the services of a sex worker?

MT: We live in a strange society, so to say, and often married couples cannot fulfil their sexual fantasies, fetishes or desires inside the marriage, so they look for this outside their marriage. Some services that clients seek from sex workers are things they do not do at home, because in a marriage, according to some “rules,” there should be restrictions on attitude and communication.

Frontline: How do those around you look upon your work?

MT: I live in a small town where practically everyone knows each other, but I have not experienced anything related to views on my work that has deeply hurt me. I associate with a circle of people whose opinions and views are not limited, they do not divide people into good or bad, which means they see sex work as a job and support me in my choice. This includes my loved ones.

But I cannot exclude STAR’s team – people who in every aspect and moment are here for me, both as a colleague and as an individual. I would like to take this opportunity to say thank you to them for tirelessly advocating for sex workers.

Frontline: What kind of problems do sex workers most often face in North Macedonia?

MT: The stereotypes, stigma and discrimination are the most common obstacles, both from the general population and from state institution workers. The lack of a clear and defined law affects both the life and work of sex workers and is an encouragement for perpetrators of violence and for state workers prone to abusing their official duty or to discrimination.

These problems have decreased over the years, taking into account that as a collective, in co-operation with other organizations, we are working on raising awareness among the general population, and on increasing the sensitivity of state institutional workers, and there are positive changes. 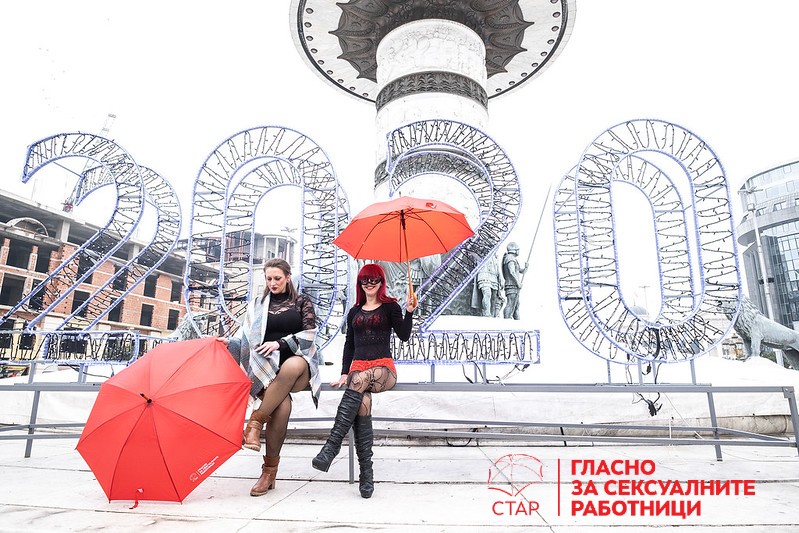 Postcard with a text “Loudly for the Sex Workers” by STAR – The First Sex Workers Collective in the Balkans. Original photo by Vančo Džambaski, CC BY-NC-SA.

Frontline: What are your thoughts about legalizing sex work?

Two years ago, a round table was organized with representatives of all the state institutions and then-Minister of Labour and Social Policy, Mila Carovska. Representatives of these institutions, a minister and sex workers met for the first time at the same table and spoke about the regulation of sex work and about the needs of the association.

About a year ago, sex workers and organizations prepared a “declaration of sex workers”. The declaration sets out the rights that all citizens of Europe, including sex workers, have in accordance with international human rights law and prescribes the measures and practices that the signatories of the declaration believe are necessary for ensuring respect and protection of these rights. A total of 17 political parties from North Macedonia signed the declaration.

Frontline: What are the main goals of STAR?

MT: STAR is an association for support of marginalized workers it advocates for a world without violence, where every sex worker lives and works freely. Respect for basic human rights and freedoms are the main principles of a democratic and tolerant society, and STAR aims to protect and represent sex workers in society through active co-operation with state institutions, the civil sector and the media at the local, national and international level.

At the same time, it mobilizes and integrates sex workers in the process of organizational growth and development. This means that STAR is an organization led by sex workers, and the projects and activities that are implemented come from their ideas and needs.

MT: Courage is a personal trait. I cannot encourage them to speak publicly, but I can tell them that sex work is a job – we are not a threat or a danger. We sell sex services, we earn for ourselves, for our families and there is no reason for us to hide and to feel guilty. Those who prevent us from securing a stable life and existence should feel guilty, those who think selfishly and do not try to give people who are not like them a chance should feel guilty.

We are people just like everyone else – someone’s children, mothers, fathers, daughters, sons… and we have a right to choose what we want to do for work. As long as it does not harm others, the choice of work should be no reason for guilt. I would tell them that sex workers do not sell their bodies, but sex services. Those who think that if they pay they own us are wrong. When we go to a café we pay for the coffee and that is it, we do not own the entire café.