Travellers able to move between two countries without COVID-19 quarantine 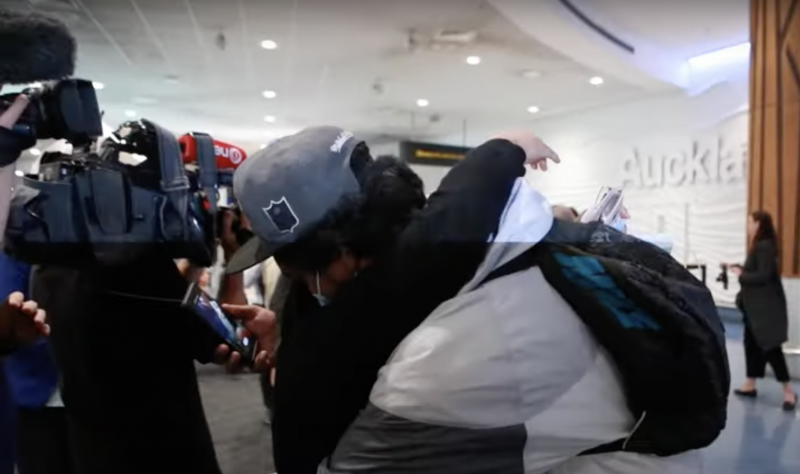 In a world first, Australia and New Zealand have created a “travel bubble” allowing people to move between the two countries without COVID-19 quarantine. It will enable family members to visit their relatives, as well as boosting tourism. Approximately 500,000 New Zealanders live in Australia, whilst 60,000 Australians live in New Zealand.

In March 2020 both nations closed their borders to non-citizens and non-residents. Some exceptions applied. New Zealanders have been able to enter some Australian states since October 2020 but this freedom of movement was not reciprocated due to locally transmitted Covid-19 cases in Australia. This latest development follows the virtual elimination of community-transmitted cases in the country. Victoria – the worst affected state last year, which endured a four-month lockdown – has seen no local transmission for more than seven weeks.

The two countries are separated by the Tasman Sea, affectionately referred to as “the ditch”. The term “trans-Tasman” usually applies to relationships between the nations or their peoples – in this case it's a shared travel zone.

There are now direct flights between major cities in both countries., with 400 flights per week to and from Auckland expected to be running by the end of April.

Flights from Australia to New Zealand began on April 19, with cheers and tears seen at departure and arrival areas.

Journalist Sophie Trigger, an Australian living in New Zealand, posted about her journey on Twitter:

I’ve flown into Sydney airport more times than I can count, many of them after long stints overseas.
But no arrival has felt quite like this morning’s, over a year since the whole world shut down #transtasmanbubble pic.twitter.com/2l28Zc6CUy

Wellington resident Jessica Avery's response to the scenes at airports was typical of many:

The #transtasmanbubble Twitter hashtag provides no shortage of tear-jerking moments, such as this one witnessed by Australian Associated Press New Zealand correspondent Ben McKay:

However, there was a note of caution from at least one Twitter user:

But do people think it's safe to do this?

According to The Guardian, this was a concern widely shared in New Zealand:

Despite that upbeat mood, the bubble still represents a risk for New Zealand’s Covid-free haven – and a political risk for Ardern’s government. It has been greeted with trepidation by the wider New Zealand public, with polling finding only around half of New Zealanders, or 49%, were in favour of opening the trans-Tasman bubble.

There has been a push online for some time to open up a wider travel bubble with Pacific Ocean nations that have contained the coronavirus:

We urge our closest neighbours Australia & NZ to consider fast tracking the approval for Fiji & other Pacific States to be part of a Pacific travel bubble. This is the quickest way for #Pacific economies to get back on their feet & get our people the jobs & livelihoods they need https://t.co/QuKZkho1yb

#Politics: As the government finally opens up the trans-Tasman travel bubble with Australia, it is coming under political pressure to move quickly to do the same with Pacific Island nations.
?️: https://t.co/2WI7QJmaLb pic.twitter.com/LpMFgi5tH8

Not everyone on social media was sure about this idea:

With very poor timing, this week Fiji recorded its first case of Covid-19 outside quarantine since March 2020:

Meanwhile, a border worker has tested positive in New Zealand, adding to concerns about international travel:

NZ border worker tests Covid positive on second day of bubble https://t.co/xHLATkHHdn via @Yahoo #transtasmanbubble #NZ #COVID19 That took longer than I thought it would.

Tony Blakely, professor of Epidemiology at the University of Melbourne, has examined risks to Australia associated with international travel and travel bubbles at The Conversation:

Here I propose three things we must consider:

Importantly, all these factors matter. It’s not simply a case of needing to ensure all travellers are vaccinated.

…we need a national framework to assess the risk. Focusing on one measure alone isn’t wise — you have to look at the whole system.

It is inevitable that there will be pressures on the travel bubble when community transmission of COVID-19 occurs in either country. Quarantine-free travel from New Zealand was suspended by Australia in January 2021 because of a case of a South African strain of Covid-19 across the Tasman.

The two-way system has been tested during its first week. New Zealand has paused travel from Perth, the State capital of Western Australia, as a result of a three-day lockdown there. A Victorian man tested positive after he completed 14 days quarantine at a Perth hotel and flew to Melbourne. Restrictions were also applied by NZ authorities to anyone on his flight and to exposure sites at the Melbourne Airport.