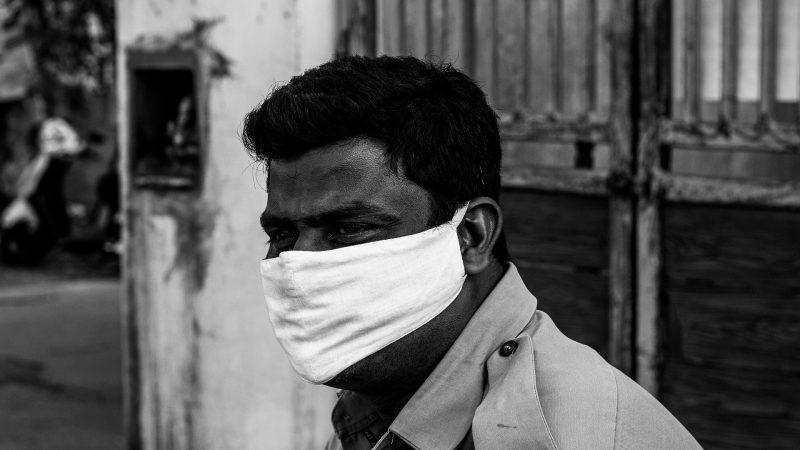 Image by Raam Gottimukkala from Pixabay. Used under a Pixabay License.

More than 2,000 people have died of Covid-19 in a single day in India. On Wednesday, April 21, an interruption in oxygen supply also killed 24 patients, demonstrating to devastating effect the extent to which the infrastructure of Asia's third-largest economy has been overwhelmed by the pandemic.

Amidst the public health emergency caused by the country's second wave of Covid-19, the government is boosting its vaccination drive and expanding local quarantine measures, instead of imposing mass lockdowns.

The Ministry of Health on 21 April recorded 2,023 deaths, the highest number since the pandemic began more than a year ago. From a lack of crucial life-saving medicines such as Remdesivir and a shortage in the oxygen supply, to low bed availability at hospitals, India’s cities, towns and villages are facing a seemingly insurmountable crisis.

Experts are reporting an increase in Covid-19 cases in tier-2 and tier-3 towns (smaller towns and villages, according to the country's population-based classification, which often lack key healthcare infrastructure for treatment) across the country, and, despite a lack of data, Indian scientists are speculating that the current surge is being fuelled by a new Indian variant, labelled B.1.617, which has spread to at least 15 other countries.

Images from hospitals facing oxygen leaks, of mass funeral pyres and bodies laid aside as family members struggle to find hearses, while, as Reuters reports, Indians bypass the usual channels to crowdsource hospital beds and oxygen canisters on Twitter, reveal a lack of preparedness on the part of the Indian government.

Scenes from inside and outside a COVID-19 hospital, amidst the spread of the coronavirus disease in New Delhi, India April 15, 2021.
India recorded more than 200,000 positive cases and 1,000+ deaths today. @Reuters pic.twitter.com/yChcBgxwM3

Epidemiologist Ramanan Laxminarayan outlined how India’s situation went from manageable to bleak within just a few weeks in the New York Times, saying that the situation “is a direct result of complacency and lack of preparation by the government”.

The Indian government claimed victory over the virus quickly and even chaired a meeting to address its success. The messaging from the Indian government, through its election rallies and festival celebrations, was mixed at best, resulting in Indian states easing their lockdowns for economic revival.

Indian Prime Minister Narendra Modi has faced stringent criticism for mismanaging the epidemic and holding multiple election rallies with tens of thousands in attendance in West Bengal state. As the scale of the second wave became apparent, Modi this week said the virus was ravaging India “like a storm” but fell short of holding a press conference on the crisis.

From 1700 deaths on Tuesday, the death count due to Covid 19 as of Wednesday morning is 2023, In any other democracy, the Prime Minister of the country would be holding a press conference, taking questions from journalists on pressing issues and allay the concerns.

A vortex of factors including highly infectious variants of the virus, mass political rallies and the religious festival of Kumbh Mela – which attracted more than 10 million people – has escalated the spread of Covid-19 infections, epidemiologists claim. And in this second wave, children and those under 45 are being hit hard by a disease previously viewed as more dangerous for older people, as reported by AFP.

To ensure mass vaccination after multiple states reported running out of doses, India announced individuals over 18 would be eligible for vaccination from the beginning May. The Pune-based Serum Institute of India announced fixed prices of Rs 400 ($5.30) for state hospitals per dose of the vaccine – nearly 2.7 times the previous price agreed with the Indian government by the centre.

I lost my beautiful friend today. She was the greatest, funniest, biggest hearted person who’d always stand you for a rum and Coke with a plate of kabobs. Shaoli was extremely high risk because of her underlying health conditions, and had been trying to get a vaccine 1/n https://t.co/q7nqT1eFa1

Given that the onus of vaccine procurement is on Indian states – absolving Modi's government of major responsibilities on vaccination – the announcement drew angry responses from policymakers and state governments.

Maximum vaccination is required to crush 2nd wave of #COVID19. Requested @PMOIndia to reconsider new policy on vaccine distribution so that availability is assured & no additional financial burden is incurred, enabling States to perform constitutional obligation in health sector. pic.twitter.com/sEE6dpGzpE

Former Indian Prime Minister Manmohan Singh wrote to Modi, suggesting ways to scale up India’s vaccination efforts. He advised the government to look at the total percentage of the population vaccinated rather than focusing on absolute numbers. Singh, 88, who later tested positive for Covid-19, claimed India could improve its response with better policy design. His advice was rebuffed by India’s health minister Harsh Vardhan, who wrote in response that Singh should advise his own party, Indian National Congress, which he accused of attempting to derail India’s vaccination drive. Vardhan acknowledged that Singh’s emphasis on vaccination was also shared by the Indian government and pointed out that other members of the Indian congress “do not seem to share” Singh’s views as they peddled vaccine hesitancy and failed to “utter a single word of gratitude towards our scientist community and vaccine manufacturers for innovating under trying circumstances”.

Last week, journalist Vinay Srivastava, from the city of Lucknow, succumbed to Covid-19 while live-tweeting details of his falling oxygen levels and seeking help from government authorities. Srivastava, 65, died without any medical intervention as his oxygen levels fell to 52 percent – a healthy reading is 95 percent or above. He claimed that no doctor or hospital picked up his call.

India’s cremation grounds and funeral homes have been running out of space to bury the dead, while workers struggled to fulfil final rites due to a lack of safety kits and manpower. News reports have revealed Indian crematoriums are working around the clock, resulting in their metal parts of furnaces melting and chimneys collapsing due to continuous usage for 14 days, highlighting the rising death toll.

Meanwhile, there have been reports that some states are under-reporting the death toll. Tech entrepreneur Peri Maheshwer claimed on Facebook:

An analysis by Financial Times across seven districts in 4 states, 1,833 people died while only 228 have been officially reported.

As India's healthcare system stretches to breaking point, many patients are succumbing to infections in their homes or on the roads, without any medical assistance. These deaths are not being counted as Covid-19 related mortalities, resulting in states reporting tallies of deaths much lower than the actual figures, as reported by the Financial Express.

But as India emerges from a massive contraction of its quarterly growth figures, politicians are reluctant to impose lockdowns on a mass scale that could shut down businesses and send migrants packing back to their villages – Modi has asked state leaders to quarantine neighbourhoods and enclaves instead.