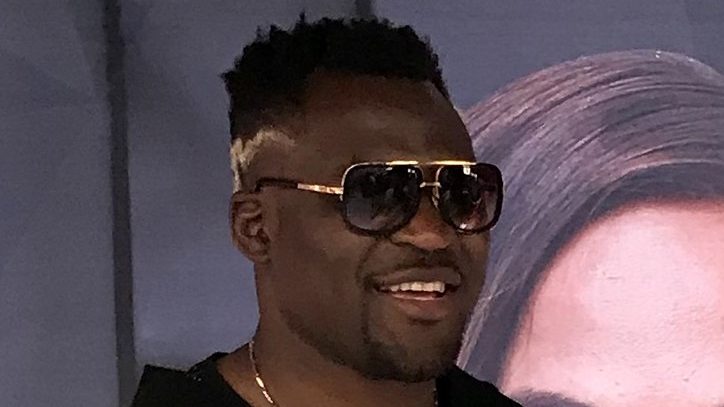 On March 27, Francis Ngannou, a Cameroon-born mixed martial arts fighter, became the first African to ever win the heavyweight category in the Ultimate Fighting Championship (UFC).

Ngannou overcame American Stipe Miocic in the main event of UFC 260, which took place in Las Vegas, United States. With expectations of a close contest, Ngannou outwitted his opponent and knocked him out with a left hook and a right hammer fist 52 seconds into the second round of the fight.

The fight was a rematch of their 2018 encounter, in which Miocic won with a unanimous decision for the five-rounds fight going his way. Stipe Miocic, the immediate former heavyweight champion, has defended his title four times and won them. Miocic is a former boxer with a great combination of his boxing past and technical wrestling skills.

Coming into this fight and as he entered the ring, Ngannou carried the expectations of his country, and indeed of the continent of Africa. As the third Africa-born fighter to win at a major weight category — in the past, Nigerians Kamarubeen “Kamaru” Usman won the welterweight belt, and Israel Adesanya the middleweight – he does bring the full array of skills and experience to the UFC, an American mixed martial arts event that in 28 years of existence has attracted media interest and cult followership across the globe.

Ngannou grew up in the Cameroonian town of Batie. After an initial interest in boxing, he switched into mixed martial arts after meeting Fernand Lopez, a Cameroonian former mixed martial artist, coach, and gym owner. Lopez convinced Ngannou to take the leap given the lucrative prospects to UFC athletes.

Luke Feltham writing for Mail & Guardian noted this in the run-up to his monumental fight on Saturday:

Francis Ngannou is terrifying. Possibly the scariest man in combat sports today. There’s no hyperbole in saying that he demolishes his opponents – ruthlessly pummeling them with fists the size of soccer balls. But no less legendary than his power in the cage is the incredible story of his fight for survival that began long before he even entered an arena.

In Ngannou we have an athlete who has forged his own path in the truest sense. Leaving Las Vegas with a belt on Saturday, capped off what is possibly the greatest climax to the most epic saga MMA has ever told.

Ever since he landed in the mixed martial arts scene in the United States, he was primed to become one of the most recognized fighters. Mixing his boxing background and quickly learning the ropes of the art, Ngannou soon became a promoters’ favourite with his great skill and crowd-pulling antics.

In an editorial, the givemesport site notes:

‘The Predator’ lived up to his nickname, delivering a series of devastating punches to put away Miocic in the second round of their rematch from 2018. His rise to heavyweight champion may seem meteoric; in reality it has been anything but. Ngannou has suffered a huge amount of turmoil and setbacks on his journey, making victory for himself and the people of Cameroon even more sweet as he inspires a new generation of African fighters.

The editorial comment on his humanitarian side. Knowing the challenges he faced while growing up and fending for himself to survive, it captures his willingness to share and stay grounded:

Growing up in the poverty-stricken town of Batie, Cameroon, Ngannou's days consisted of going through bins just for something to eat, with his only fights back then against the local rats who tried to get there first.

He hasn't forgotten his roots either. ‘The Francis Ngannou Foundation’ has been set up back in his homeland, providing young people with the facilities and opportunities he was starved of when he was young. He even gets his hands dirty by helping out at the same sand quarry from time to time.

Following his ring triumph, Twitter was ablaze with congratulatory messages;

Wow that was dominant.
What an incredible #goat run @stipemiocic had.
Nothing but respect for that guy.
A huge congrats to my brother @francis_ngannou.
The era of the Predator begins. #WarriorMana #UFC260

In a 2017 story, Bleacher Report reported Ngannou’s meteoric rise in the UFC;

The wide-open Nevada landscape fills him with a sense of freedom, he says. For most of his life, having a place like this was an impossible dream. The fact he's made it here at all must seem like a miracle. Yet Ngannou knows not to stare too long.

I can't allow myself to be happy with this. This is not bad at all. It's a good thing. But it's not enough to make me stop.” Not enough because this isn't the dream. The dream, what Ngannou really wants, is to become UFC heavyweight champion. Once he's champ, maybe he'll be able to take a moment to reflect on how far he's come.

The piece continues noting the fighter’s potential then and his raft of skills;

At 6'4″, 255 pounds, the 31-year-old (now 34 years) striker possesses a lithe athleticism that sets him apart from his slower, more plodding contemporaries. Add in his mammoth 83-inch reach and uncanny ability to quickly absorb the game's most complex nuances, and Ngannou shapes up as the most exciting heavyweight prospect since Brock Lesnar.

On his Twitter handle, Francis Ngannou gave a message of hope and inspiration on his patience and persistence in competing in the UFC:

Here we are. CHAMP ?

Finally got a hold of the belt & this is going to be for a while.
This right here is more than a belt, but a symbol of hope and dedication, it shows how far you can go if you believe in you and doesn't matter how far behind you are, doesn't matter how many pic.twitter.com/QSwNn4cuvL

Bloody Elbow, a news site focusing on MMA and UFC, is already looking into the future as they seek out Ngannou’s next opponent:

As for what’s next for Ngannou is unclear at the moment. All signs pointed towards Ngannou making his first title defense against Jon Jones, but another pay dispute between the UFC and ‘Bones’ has left that fight in question. UFC president Dana White said a rematch with Derrick Lewis “is the fight to make” next for Ngannou.