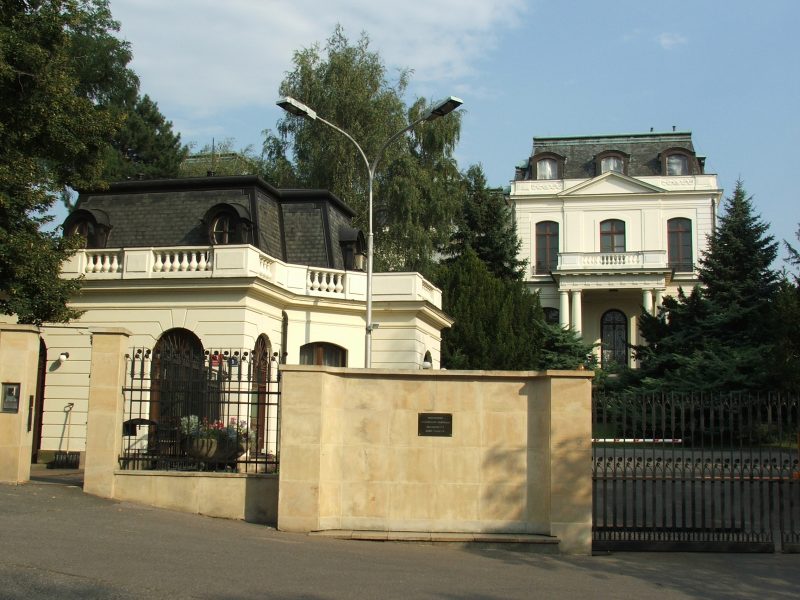 On April 17, the Czech government announced in an impromptu press conference that it would expel 18 Russian diplomats posted in Prague, following revelations by the Czech intelligence agency (BIS in Czech) that Russian agents had played a role in the 2014 explosions at an arms depot that killed two Czech citizens.

Czech social media lit up in the wake of the announcement by Prime Minister Andrej Babiš (who had appeared at the press conference with Interior Minister and interim Foreign Minister Jan Hamáček), as the country and its political scene reacted to what are grave allegations, given the significance of Czech-Russian relations. Moscow also reacted promptly, denying the accusation and calling for retaliatory measures.

The Vrbětice explosions, as they are referred to in the Czech Republic, are named for the hamlet near a collection of warehouses containing ammunition, located in the east of the country on the border with Slovakia, and rented by a Czech company, the Imex Group, from state company the Military Technical Institute.

The first explosion took place on October 16, 2014, killing two men who worked at the site, the bodies of whom were not recovered until a month later. The second occurred on December 3 the same year. The damage caused incurred estimated costs of more than USD 40 million and required the local population to be evacuated. An investigation following the incidents concluded the explosion was due to a security hazard.

Seven years later, the Czech intelligence agency now claims it has credible evidence that the explosion was in fact caused by the actions of Russian agents. Czech police have issued a warrant for two Russian citizens present near Vrbětice at the time of the explosions, known under their assumed names as Alexander Petrov and Ruslan Boshirov.

The pair have also been named by UK police in connection with the poisoning of Sergey Skripal and his daughter in Salisbury in 2018, using what are believed to be their real names – Alexander Mishkin and Anatoly Chepiga.

For the Czech government, this revelation justifies the decision to expel 18 Russian diplomats, believed to conduct or co-ordinate intelligence operations in the Czech Republic, giving them 48 hours to leave the country. More than 140 diplomats work at the Russian Embassy in Prague, an unusually high number of foreign representatives for a country with a population of 10 million. For comparison, the US maintains 70 diplomats in Prague, while China has 22.

In one of the strongest reactions to the revelations, the head of the Czech senate, Miloš Vystrčil, called them proof of “state terrorism”. Moscow reacted equally firmly, and rapidly, to the accusations, as reported by RIA Novosti, with a statement from spokeswoman Maria Zakharova saying:

Prague is fully aware of the consequences of “such tricks”.

Ivana Milenkovičová, a Czech reporter based in Moscow, posted on her Twitter account on 17 April that some voices at the Russian Foreign Ministry had implied that the Czech Republic knew their decision to expel Russian diplomats would eventually lead to the closure of their own embassy in Moscow:

The news agency Interfax quotes Russian diplomatic sources saying that in the context of the expulsion of 18 Russian diplomats and the explosion in Vrbětice: The Czech Republic has evidently decided to close down its embassy in Moscow.

And indeed on April 18, the Russian Ministry of Foreign Affairs announced it would expel 20 Czech diplomats, including the deputy ambassador, and gave them 24 hours to leave Russia – an action that will leave just five Czech diplomats in Moscow. Czech politicians have been calling for a reciprocal measure of keeping only five Russian diplomats in Prague as the next step.

Czech-Russian relations rocked by a series of scandals

This announcement comes at a delicate moment in Czech-Russian relations, which have been shaken by a series of scandals over the last five years – most recently revolving around Russia's possible participation in a tender to build a nuclear power plant in the Czech Republic.

The country’s sole existing nuclear plant, located in the village of Dukovany, and built in 1970 in co-operation with the Soviet Union, has launched an international tender for the construction of a new unit, as its older units will have to be shut down after 2035. The Russian state-owned agency Rosatom is among contenders, but the Czech intelligence agency has recommended Russia is excluded from the bid for alleged security reasons.

While the Czech Republic joined the North Atlantic Treaty Organisation (NATO) in 1999 and the European Union in 2004, thus distancing itself from Moscow, Russia continues to play an important role in the country. This influence is not so much economic, as Russia represents only 2 percent of the Czech Republic’s overall trade, as political. The Soviet Union invaded then-Czechoslovakia in 1968 and only removed its military presence in 1991, events that still divide Czech society.

Over the past three years, a number of diplomatic scandals have arisen from perceptions of this past, and Russia’s political ambitions in the Czech Republic. In March 2018, Prague extradited a Russian hacker, Yevgeny Nikulin, to the US on charges of hacking US technology firms and compromising personal information of US citizens.

In May last year, Prague authorities decided to remove the statue of a Soviet Marshal, Ivan Konev, who is considered in Russia to have been a “liberator of Czechoslovakia from the Nazis”. To parts of the Czech political establishment, he is a more controversial figure, one who in fact played a limited role in the liberation while being directly responsible for the deaths of thousands of Hungarians during the Soviet invasion of Hungary in 1956. Following the removal of the statue, Czech politicians critical of Moscow received threats from Russia and were given police protection.

The Russia factor in Czech politics

In this charged climate, Czech politicians are divided into those calling for closer ties with Russia, and those who warn that Moscow cannot be trusted.

Kremlin supporters include President Miloš Zeman, who maintains close links with Russian President Vladimir Putin. In April, he requested the sacking of Foreign Minister Tomáš Petříček, for allegedly having an anti-Russia policy and not being “qualified to be a Foreign Minister”.

Petříček was indeed sacked on April 11, and replaced by Interior Minister Hamáček, who had stated that he would visit Moscow to negotiate a deal on the purchase of the Russian Covid-19 vaccine Sputnik V, but cancelled the visit – planned for April 19 – on April 15. The vaccine has so far not been approved by either the European Union, or the Czech health authorities. The Czech Republic (at the time of writing) has the highest Covid-19 related death rate in the world, and has had four health ministers in seven months.

Meanwhile, as the country navigates what can safely be described as one of its biggest political and diplomatic crises in decades, President Zeman announced on April 18 that he would remain silent for a week on the issue.