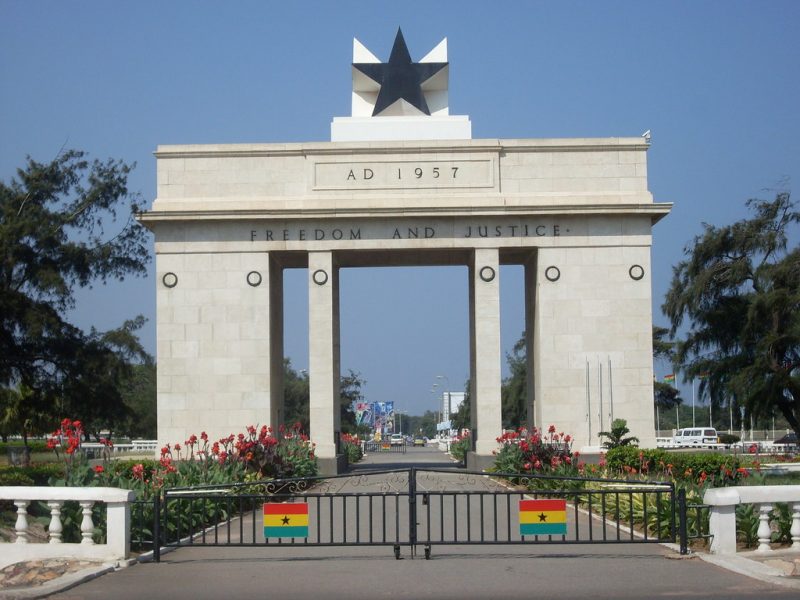 ““Independence Arch – Accra, Ghana” by George Appiah is licensed under CC BY 2.0

Editor's note: From April 27-May 3 2021, Mohammed Sadat Abdulai will be hosting the @DigiAfricanLang rotating Twitter account, which explores how technology can be used to revitalize African languages. Read more about the campaign here.

The Gold Coast, now called Ghana, is home to a distinct set of languages — over 46, to be precise. Dagbani, otherwise called Dagbanli, is among them, as one of the Gur languages spoken in some part of West Africa. The Gur languages fall under the Niger-Congo category of languages of Sub-Saharan Africa.

Mohammed Salat Abdulai is a Ghanian of Dagbonba descent who resides in Germany. He is passionate about the visibility of his native language Dagbani on the internet.

Global Voices’ Yorùbá Lingua Manager, Adéṣinà Ọmọ Yoòbá, interviewed Mohammed to find out about his efforts to put his native language on the digital map.

Adéṣinà Ọmọ Yoòbá (AOY): Could you please tell us about yourself? 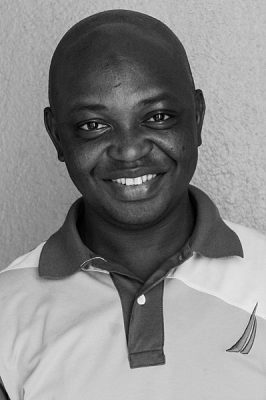 Mohammed Salat Abdulai (MSA): I was born in Tamale, Ghana, but currently live in Berlin, Germany. I’m passionate about the value and potential of open knowledge to change the world. At the heart of that dream, I think that a good representation of languages, mostly those that are currently underrepresented in digital spaces, is needed to actualize that potential.

AOY: What is the current status of your language offline, as well as online?

MSA: Dagbani as a language is doing well, in terms of how much of it is still spoken in homes with native-speaker parents. Online, however, the situation isn't too encouraging. Although Dagbani is taught in schools, from basic through to tertiary levels, there are very few online resources written in Dagbani.

AOY: What do you think are the biggest challenges facing your language community when it comes to digital communications or creating digital content in its mother language?

MSA: I see genuine interest in peoples’ wanting to help initiatives that promote creating content in Dagbani. For example, on platforms like Wikipedia that do encourage the creation of content in Dagbani, a little technical know-how is still needed to be able to actively participate and write articles. Now, because of fundamental structural barriers such as the cost of data editing hardware, this hurdle discourages people who'd otherwise have made valuable contributions to participate. Another challenge I realize is that much of the knowledge of language still resides with people who are not literate, and so there is a disconnect between capable content creators (but who lack the knowledge of the language) and people who understand the language (but who lack the technical skills), to connect. Engage and work together.

AOY: In your opinion, what are some of the steps that could be taken to encourage increased use of the language on the internet?

MSA: Awareness, awareness, and awareness. There are many avenues that provide a platform to create content in Dagbani, but people are unaware of them. Educational institutions should also make it a point to begin to introduce digital technologies to children at a younger age in non-colonial languages, so that they are aware that their indigenous languages do have a place in the online digital spaces.

AOY: What is your primary motivation for working to see your language and culture available on the internet?

MSA: There are things that I can't easily express in any other language but in my native tongue. So in my ideal world, the representation of multiple languages online is one way to ensure that all the different ways of seeing the world by different people are captured and well-preserved.