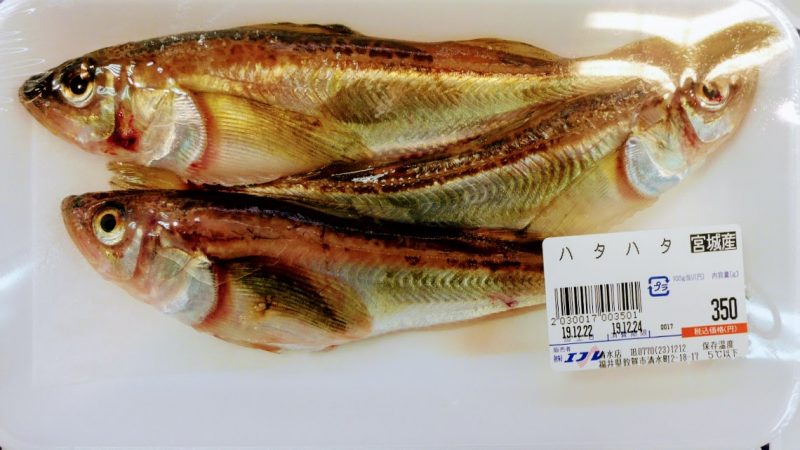 Japanese sandfish (Arctoscopus japonicus, known as hatahata in Japanese), a staple fish caught in the seas off of Miyagi Prefecture, about 100 km north of the Fukushima Daiichi nuclear facility. Photo by Nevin Thompson.

On April 13, the Japanese government announced that contaminated wastewater accumulating at the stricken Fukushima nuclear power installation will be discharged into the Pacific Ocean in two years’ time. So far, the plan has generated a cute mascot, condemnation and fears for the future of local communities.

The catastrophic nuclear accident in March 2011 resulted in the meltdown of three nuclear reactors operated TEPCO, a power utility. Groundwater flowing through TEPCO's Fukushima nuclear facility, along with deliberately injected cooling water, comes into constant contact with the highly radioactive fuel of the three reactors.

As the water comes into contact with the exposed cores it becomes contaminated with radioactive isotopes, including cesium, cobalt, carbon-14 and tritium. Because these contaminants are difficult to remove from the water, the steadily accumulating effluent is collected and stored in dozens of storage tanks in order to prevent ocean contamination.

More than 1.25 million tonnes of contaminated water is currently stored at the facility, and the volume increases by about 170 tons a day. 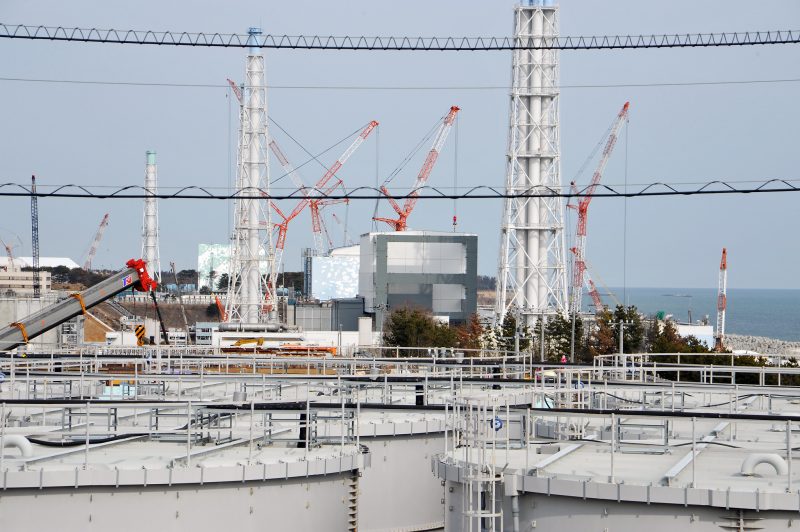 While the Japanese government had already stated its plans to dispose of the wastewater in the Pacific Ocean in October, 2020, the new announcement on April 13 instead gave a timeline for the disposal.

The decision ends years of debate over how to dispose of the water that’s enough to fill more than 500 Olympic-sized swimming pools, which has been leaking into the power stations that suffered core meltdowns after an earthquake and tsunami in 2011

By coincidence, the amount of contaminated water is enough to fill the Tokyo Dome, a standard unit of measurement used by the media in eastern Japan.

However, at a press conference on April 13, the Japanese government provided few details about how the water would be discharged into the ocean, such as by marine outfall off the coast from TEPCO's Daiichi reactor facility, or by tanker.

Instead, the Japanese government explained that the contaminated water in the tanks would be diluted so much that it would not present a risk to the environment or human health.

The government also explained that the main contaminant, tritium, a radioactive isotope, poses little to no risk to human health, and is routinely discharged by nuclear power facilities all over the world.

According to a Nikkei Asia news story:

When TEPCO releases treated water, it is diluted more than 100-fold using seawater, ensuring contains fewer than 1,500 becquerels of tritium. That is one-fortieth of the national standard. […]

According to the Ministry of Economy, Trade and Industry, 860 trillion becquerels of tritium are stored in the tanks at the Fukushima plant—equivalent to the amount of tritium released by South Korea's Wolseong Nuclear Power Plant over six to seven years. A reprocessing plant in France would release that amount in less than a year.

While ocean chemistry experts say that more information is needed to assess the risk of ocean disposal, the Japanese government asserts that other, more dangerous isotopes contaminating the wastewater will be removed. Using the Advanced Liquid Process Sytem (ALPS) multi-nuclide removal system, “most nuclides are removed from contaminated water” except for tritium.

In order to win over the public, the Japanese government contracted controversial advertising giant Dentsu to come up with a promotional campaign for the ocean dumping plan:

How does the Japanese government try to justify the dumping of radioactive waste water into the Pacific? By inventing a cute character, of course.

However, Dentsu's campaign backfired spectacularly, and the mascot was scrubbed from the Internet after just two days.

The decision to release the wastewater poses serious implications for communities along the Fukushima coastline, which have struggled for more than a decade to recover from the destruction caused by massive earthquake and tsunami that occurred on March 11, 2011, and then the disruption and stigma caused by the subsequent nuclear disaster.

The co-author of a recent study that investigated resilience and revitalization of coastal communities in Soma, Fukushima Prefecture following the earthquake, tsunami and nuclear disaster, Leslie Mabon, a senior lecturer at the Scottish Association for Marine Sciences (SAMS) notes on Twitter:

Fukushima fisheries have come a long way since 2011. As such, anything – like releases of treated water – which are viewed as setting back this recovery are likely to be met with concern, not just about economics but about how this might impact on livelihoods. (6) pic.twitter.com/320B1ppnqO

There has […] been huge effort from the fisheries co-ops and local/regional govt to build confidence and pride in Fukushima fish […] Respondents told us how great it was to go out and see local fish on the menu again, and how this symbolises recovery more widely. So there is real pride in local seafood which is seen as delicious and coming from an environment that is again clean and natural […]

Mabon says there are fears the plans to release wastewater from the Fukushima reactor facility will taint perceptions of Fukushima fish, resulting in lower demand and lower prices.

However, Mabon says that it's not just an economic issue that can be resolved with compensation. The decline of fisheries in Fukushima also means a loss of cultural heritage and the destruction of social relations and irreplaceable local culture.

In short: you can give someone compensation, but you can't always give someone their livelihood back. This is why it is very important we take seriously – and give respect to – the concerns of fishers in the decision-making process around treated water at #Fukushima. (8) pic.twitter.com/naI8V3kipK